What is the universe made of?
We — and all of the stars and trees and just about everything else we see — make up just 4 percent of the universe. The rest (that’s 96 percent if you’re not a math major) is mysterious dark matter and energy. Dark matter is everywhere. Trillions of dark-matter particles are passing through you right now.

What is living in our gut and what does it do?
Our intestines are home to trillions of bacteria and viruses. Hundreds of different species live in our guts, and we’re just starting to learn about how what we do affects them. So everything from antibiotics to the food we consume changes this “microbiome.” But our microbiome also affects our health and well-being. We just don’t know how much.

What is consciousness?
Will we ever discover how we know who we are? What makes us human? 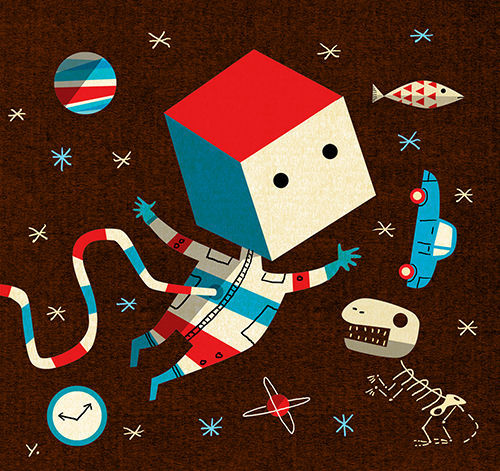 Will computers be able to think?
They are getting close. But so far, no cigar. That doesn’t stop us from imagining the robot apocalypse and what happens when they finally turn against us.

Why can’t we all live to 120?
No one has figured out the many facets of aging. While expected lifetimes go up, the top age has not really increased. There is some evidence that an enzyme found in red wine has halted or reversed aging in mice. But that anti-aging super drug for humans has proved elusive. (But just in case, why not pour yourself a glass of merlot?)

Will fossil fuels become obsolete?
The latest studies show that by 2016 the price of solar energy will be cheaper than fossil fuels. Great strides are being made with so-called “alternative energy sources” across the United States. And a quirk of U.S. politics could help speed that up. Iowa — one of the states that kicks off presidential campaigns — is starting to be a real leader in wind energy. Could presidential politics make “wind” the new “ethanol”?

When will my car drive itself?
Driverless cars are just around the corner. We need them to be able to talk to one another, and for them to be trustworthy. The technical limitations are solvable and will be handled in a span of years. Now the question is: When will the regulations catch up?

What lives in the soil?
Just like our gut, the soil is home to trillions of bacteria that help keep plants and crops healthy. We really have no idea how this complex ecosystem flourishes. Interesting studies — some by amateur and backyard scientists — show that the bacteria growing inside and alongside our root crops have as much of an effect on them as water and fertilizer.

But the biggest scientific mystery:
Where do the socks go in the laundry?
A question that has plagued homemakers — and scientists — for ages.

Ira Flatow is the founding host of Public Radio International’s Science Friday, now in its 24th year. SciFri recorded its October 17, 2014, broadcast in front of a live audience at Notre Dame’s Leighton Concert Hall on October 15.