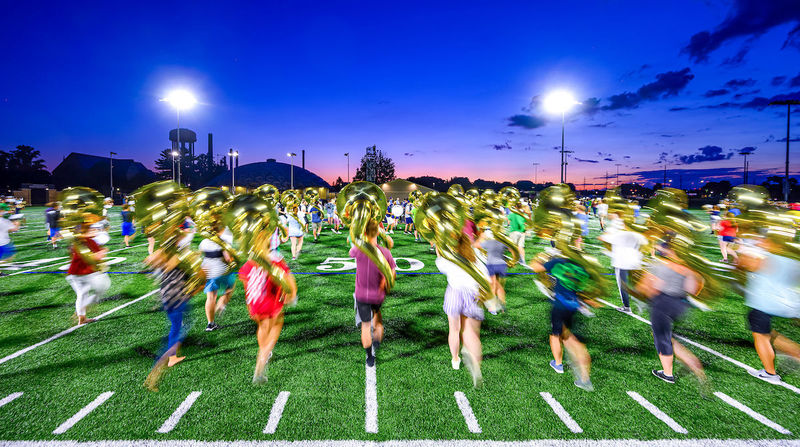 To some, fall at Notre Dame means football season. But to a certain subset of the student body (and its fans), autumn means something else entirely: band season.

The country’s finest marching band launched its 174th season last week with its annual school-year-starting marchout, and since then the campus has been abuzz with the sounds of sousaphones. That section features prominently in this week’s photo, captured at an August 27 rehearsal by University photographer Matt Cashore ’94.

As the school year begins, don’t forget that we always welcome reader submissions for Photo of the Week. To send us your snapshots, email ndmag@nd.edu.

Photo of the Week highlights images of notable happenings on campus and in the Notre Dame family around the world. Have a snapshot you think we should see? Email ndmag@nd.edu to be considered for publication.