I walked out of my final dress rehearsal last week to my usual routine. I plugged in my headphones, double checked Google Maps for train delays, and texted my fiancé that I was on my way home. As A Tribe Called Quest started playing and I did my usual walk-dance to the subway stop, my phone dinged. It was a group text between me and my Notre Dame girlfriends, and all it said was:

I froze. A South Bend Tribune link confirmed the news. Club Fever — Feve, the South Bend institution, pillar of Notre Dame party culture, and my Thursday night haven — was closing on April 12. And suddenly, all I could think of was one particular night.

Take a quick trip with me. 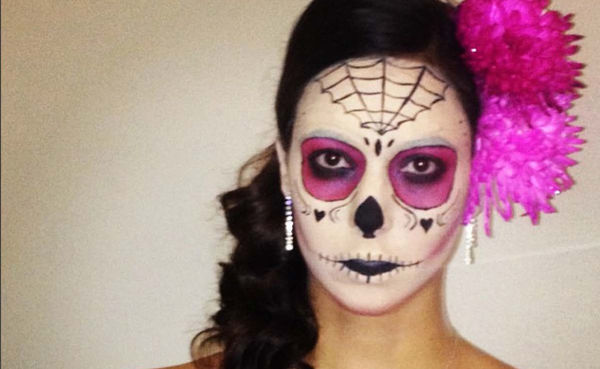 The author preparing for her senior year "Feverween"

It is October 31, 2013. It is 6 p.m. I’m elbow-deep in heavy stage makeup and a floral arrangement and debating multiple options for an evening gown. It is Halloween of my senior year, and, as luck would have it, it falls on a Thursday. Anyone who has attended Notre Dame within the past twelve years knows that Thursday nights can only mean one thing — Fever — and Halloween on a Thursday can only mean one other thing — Feverween. Going all out wasn’t expected. It was required.

For those of you who never experienced the glory of Club Fever, picture if you will: a giant, slightly refurbished old warehouse. Multiple split levels, a seedy (at one point carpeted) basement, two separate entrances (three if you knew the right bartender), and plenty of dark staircases. Sexy, right? It opened in 2005, replacing the country music dance hall Heartland. The Heartland sign was never taken down, adding to the mystique of the 38,000-square-foot building.

If I’m being 100 percent honest, Feve was probably the most mediocre nightclub I’ve ever been to. The DJs seemed incapable of proper mixing, the bartenders incapable of recipes more complicated than a Lemon Drop. There were several ostensibly distinct spaces, but none of them boasted décor beyond black railings with chipped paint and ugly old hardwood bars. It was so bland and so unlike anything I’d ever experienced. And that was what made it a staple in our social lives every Thursday. It was a ritual for me and my friends. You see, I grew up in Mexico. The legal drinking age is 18 and most bars and clubs admit patrons as young as 16, so my experience with nightlife started much earlier than it had for my Notre Dame peers. When I got to South Bend and realized that the hottest party spots were cramped dorm rooms, I felt at a bit of a loss. Going out dancing and having a few drinks with friends is so ingrained in my culture and my lifestyle that part of me struggled to feel fulfilled at Notre Dame. Not expressing that social aspect of my being took its toll well beyond weekend nights.

And then I found Feve. It wasn’t what I was used to. There was no bottle service or VIP lounge, and the thought of having to order my own drinks at the bar horrified me. But there was a dance floor. There was an excuse to put on a fun dress once a week. And there was a sense of camaraderie that I had yet to find elsewhere. 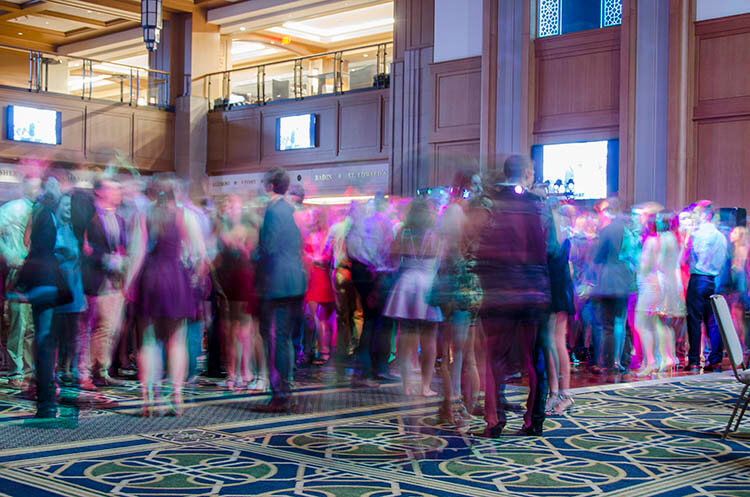 Fever provided a social scene that couldn't be found in other Notre Dame nightlife. Photo by Nick Marcopoli '20

I met my two best friends at Feve, making the club the foundation for a sisterhood that has flourished into our adult lives. We’ve been each other’s confidants, and support systems for over five years now, standing beside each other at our weddings and staying as close as ever even as we’ve moved across the country for grad schools and careers. I have Feve to thank for some of the truest and strongest friendships I’ve ever known.

My first year in Connecticut — nearly three and a half years ago — I heard that Feve had been put up for sale. This was December of 2014. Deep in the throes of my MFA at that point, I brushed the news off. Feve wasn’t going anywhere. First of all, who would want to buy it? And second of all, it was an institution. Untouchable. Unmovable. It would be there, waiting for us with open arms, every time we returned.

My friends and I ventured to South Bend this past October for the USC game to indulge in the true alumni experience. We brought our significant others with us, and we were fully prepared to take Feve by storm that Thursday night. I texted Kip, our favorite bartender turned manager, and he told me that the club was closed for fall break. So instead of heading out, we pulled up all of our favorite songs, made some Lemon Drops, and held hands and danced in the living room of our rental house for the next three hours. At one point we looked into the kitchen and realized that our men had all stepped outside. I asked my fiancé about it later that night. As a fellow ND alum, I figured he would appreciate our obsession with Feve.

“Baby. You three have something special. Feve or not. You girls needed this.”

It’s a bit of a challenge to think back on Club Fever now. I’m not a party girl anymore. I can’t remember the last time I was out after midnight, and the thought of going to a loud club now gives me minor anxiety. My fiancé and I live in a quiet life in Brooklyn with our quiet dog. (Seriously. We had to teach her how to bark.) Feve feels like a lifetime ago. And yet it was the place off campus that made me feel most welcome. The promise of a fun night out where I could go dancing and unwind was sometimes the only thing that kept me going through a tough week. A place where all Notre Dame people came together — athletes and artists and band members and RAs and grad students and the occasional townie — for the sole purpose of letting loose.

I was lucky enough to have Feve one last time. I was visiting campus back in August, and I decided to go on a whim. I texted Kip, got us past the crowded line, skipped the cover charge, and walked right up to my usual bar. More than three years had passed since I was last there. But it was like riding a bike. I had the dumbest grin on my face the entire cab ride back to the Morris Inn. For me, walking up to Lyons Hall is coming home on campus. Walking into Feve is coming home to South Bend.

Natalia Cuevas currently lives in Brooklyn, New York. She is a professional actor who occasionally dabbles in writing. She has a really awesome dog named Spectre, but that's probably quite subjective.