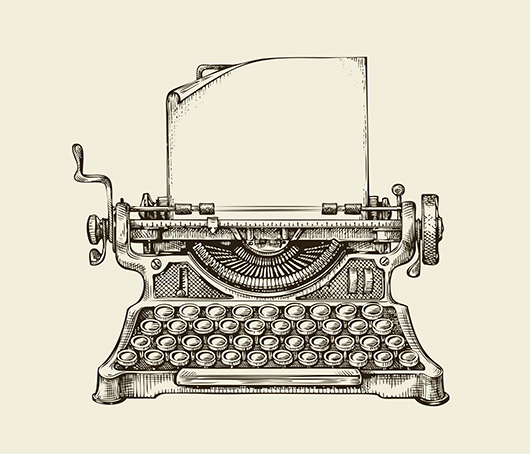 I know that mentioning the phrases “Russian hacking” and “tax returns” might raise your blood pressure or lead your thumbs to a Twitter thread. So I apologize at the outset for raising two of your least favorite subjects in this letter.

But I write as a concerned citizen, who shares your elevated blood pressure, if not your tweeting dexterity, when these topics arise together.

Back in the spring of 2015, right before you launched your White House campaign — for which, congratulations — the tax professional who efficiently handles our mini-mountain of statements and receipts received word from the Internal Revenue Service (IRS) that our federal return could not be filed electronically. Another one — complete with my wife’s and my Social Security numbers, our South Bend address and my Notre Dame employment data — had been dutifully processed already. Indeed, a refund of over $8,000 had been issued and cashed before our paperwork even arrived.

To be blunt and brief, it was a clear-cut case of identity theft and defrauding the U.S. Treasury. I had to make a couple trips to the IRS’s South Bend office to sort everything out and make matters right by paying what we actually did owe.

“We used to see one or two cases like this a week,” the pleasant tax man said during the first visit. “Now, it’s three or four a day.”

Besides filing the return in person, I had to contact several credit agencies, our bank and numerous other entities to warn them about our compromised status. A whole morning down the drain, from my perspective.

If you’re still reading, Mr. President, this is where the Russian connection comes in. As news stories began to appear about extensive tax-report hacking taking place — long before any charges of “fake news,” so I’m guessing they’re probably trustworthy — we were informed that the IRS had tracked the cyberbreach all the way to Russia.

The thieves had accessed past tax returns from our own government’s files to get people’s names, addresses, Social Security numbers and other pertinent information. Using that data and IRS forms, the hackers collected nearly $50 million in fraudulent refunds.

I realize, Mr. President, that $50 million might not seem like a lot of money to you, but out here in Vice President Mike Pence’s home state we Hoosiers consider it, if you’ll pardon the expression, a king’s ransom.

Just a few days before you began in politics in June 2015, Rep. Peter Roskam of Illinois, the chairman of the House Ways and Means Subcommittee on Oversight, revealed that Russians were, indeed, the culprits for impersonating U.S. taxpayers, filing the fake returns and then cashing the refund checks.

“It’s a problem, no matter where it’s coming from, for the taxpayers and the IRS,” Roskam told reporters. “It surely doesn’t help matters, though, that it’s coming from Russia for all the obvious geopolitical reasons.”

As the IRS did more analysis of what happened, the number of Americans caught in this web kept growing. At first, it was 100,000, then 300,000 and finally in February 2016 stories appeared that upwards of 700,000 citizens suffered the same fate that we did.

What I’m suggesting, Mr. President, is that we all need to know as much as we can about the cyberlarceny that’s originating in the shadow of the Kremlin, whether it’s political in nature (such as an election campaign, with 2016 as exhibit A) or related to U.S. governmental operations, including the IRS.

Let’s, in other words, do everything possible to keep the Russians out of our business. This begins by knowing as much as we can about what they’re doing on their computers that might damage us.

Until the other day, I confess I hadn’t made any connection between what happened in 2015 with the taxpayer information and the 2016 theft of Democratic Party and Hillary Clinton campaign documents that were later released by WikiLeaks.

But a “Proposed Assessment” from the Indiana Department of Revenue arrived in the mail, triggering my thinking. It seems our state’s coffers are demanding $2,733.30 to pay unpaid back taxes for 2014. The amount includes a sizable penalty and an interest charge. This message also appears in capital letters on the form: “YOU MUST TAKE ACTION IMMEDIATELY TO RESOLVE THIS DEBT.”

When my head stopped spinning and my eyes refocused, I informed my aforementioned tax professional (who’s also a favorite former student at Notre Dame). He leapt into action, checked all the files and determined that the Indiana auditors are basing their assessment on the fraudulent federal tax return prepared by my fictional Russian namesake that’s still on file somewhere.

This experience makes me wonder: How many other Americans of the 700,000 affected in 2015 are now revisiting the shame and embarrassment of two years ago in a similar way in their states?

Mr. President, Russian hacking of various kinds has, unfortunately, become a lamentable fact of 21st century technological life. As Americans, we should learn as much as we can about it and take measures to combat it. I’d even go so far to say this is a cause that requires the leadership of our commander in chief.

Robert Schmuhl is the Walter H. Annenberg-Edmund P. Joyce Professor of American Studies and Journalism at Notre Dame, where he’s taught since 1980. He’s the author, most recently, of Fifty Years with Father Hesburgh: On and Off the Record (Notre Dame Press).