The complex obstacles behind launching a new enterprise boiled down to a simple formula for Dave Finocchio ’05 — combine vision and passion with hard work. He observed numerous examples of this while growing up in California’s renowned Silicon Valley. “I figured out that I wanted to do something I was passionate about, rather than only looking for the best-paying job,” the San Francisco resident says. 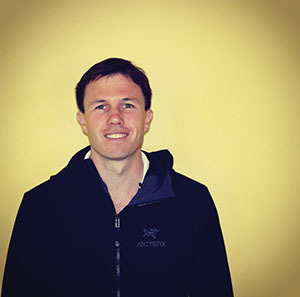 After watching a Notre Dame basketball game in his senior year, he was disappointed when the only Internet article about the game he could find was riddled with errors and lacked sufficient analysis. Finocchio concluded that if he was disappointed in sports coverage about his favorite team, millions of fans about the country probably felt the same.

After receiving his degree in history and economics, Finocchio sketched out the basics of Bleacher Report and sent it to three friends. They started the sports website in 2007, and immediately faced an issue that threatened to derail the project.

“I had this vision, and the challenge was how to get people to use it, how to get Bleacher Report to people,” Finocchio says. By then Internet sports coverage was dominated by big brands, such as ESPN and NBC, and detractors doubted Finocchio could build his own audience. He and his co-founders decided they first had to create a market for advertisers, after which they would concentrate on compiling the best content. “We would have loved to have better writers, but that cost money. We had to raise money first.”

They thus accepted submissions from some fans who, while writing with passion about their teams, lacked the polish of veteran sportswriters. This opened Bleacher Report to detractors. “It was a vicious circle. We wanted better material, but we needed an audience. A lot of our writers were doing good work, but our brand took a hit.”

As the audience increased, in 2011 Finocchio began raising the standards, which in turn reduced the criticism. Rather than relying on unpaid contributors, Bleacher Report hired 350 writers, 100 of whom work full time. In 2012, the site was sold to Turner Broadcasting for a reported $175 million. Finocchio remained as chief content and product officer and was named a vice president of Turner Sports.

The future looks bright, particularly with the successful Team Stream app, second only to ESPN’s. Readers can follow their teams on their smart phones, and Finocchio plans to introduce more social content so fans can express their feelings about their teams.

Finocchio, 32, likes to share his success through talks he gives to students, including those attending Notre Dame. “I try to inspire them, to educate them about how to start a business. I tell them that you don’t need to be passionate about everything, but if you can find an interest, give everything to that,” he says, adding, “Take risks. You don’t want to regret not trying.”

Finocchio’s success has proven the point. “I enjoy the creating process,” he says. “To this point, I have succeeded in walking my own path.”