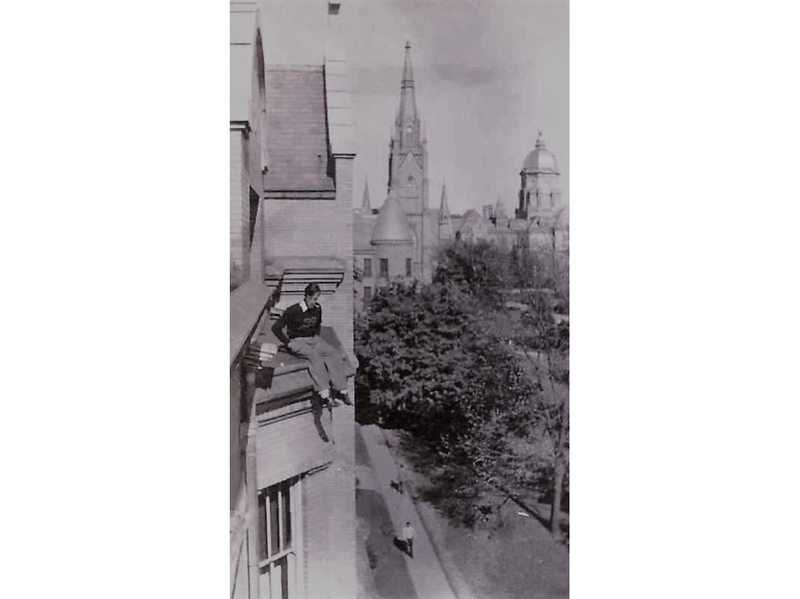 That’s Bill Donnelly ’39, legs dangling off the ledge at Walsh Hall, a spot that afforded an unusual perspective on the center of campus. The photo itself, taken by his friend Andy Wilson ’39, offers us an even better view than Donnelly had, what with the Sacred Heart steeple and the dome visible through the camera lens, if not from the subject’s perilous point of view.

Donnelly, the father of nine who served in the Pacific during World War II, spent nearly 40 years as a professor of journalism and English, retiring from SUNY Buffalo State College in 1985. As secretary for the Class of 1939, he compiled alumni notes for this magazine for about a decade until 2015.