My kids know icons through their electronic world of iPhones, iPads, iPods and MacBooks. But to me, icons suggest images of revered people, places and objects with meanings deeper than apparent on first glance.

In my world, big-framed, secondhand bicycles with 2-inch-wide tires, rusted handlebars and pedal brakes were the iconic norm of the day, ridden by their secondhand owners who were blissfully unaware that new and expensive bikes featured multiple gears and sprockets and hand brakes. Those old bikes carry me back to a time and place: growing up in the wooded outskirts of a Midwestern town where my folks simply intoned “be home by dark” with no further warning needed and where neighbors knew one another so well that front doors remained unlocked both day and night. 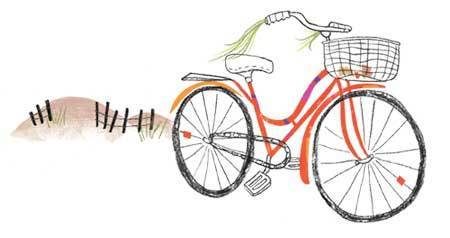 Dauphin Island, a barrier island off the southern tip of Alabama, is similarly iconic. No high-rise developments or four-star restaurants, no boardwalk, minigolf courses, go-kart tracks or bungee jumping towers. Just a seven-mile stretch (it was 14 before hurricanes Ivan and Katrina cut it in half) of white sand, endless summer days, and the excitement of crabbing and flounder-gigging with the kids at night under a full moon.

The island supports a Sea Lab research facility and a lone marina waiting patiently for weekend boating excursions in the Mississippi Sound, the mouth of Mobile Bay (where the famed Admiral Farragut declared, “Damn the torpedoes, full speed ahead!”) and the Gulf of Mexico. Another small strip of land known by locals as Sand Island recently crashed into the heart of Dauphin Island, leaving an appendix-like southern extension into the Gulf about the same time Katrina completed the dissection of Dauphin Island.

Now, Sand Island Lighthouse stands alone, isolated and anchored to its rocky base a few miles to the southeast. The only constant in this barrier island world is shifting sand, new surf and ceaseless topographic change.

Bike rides on the island are special treats along paths or on the water’s edge where the sand feels firm under wide tires. Exploring the farmer’s market on Saturday and Sunday mornings at Cadillac Square (site of Governor Antoine de Lamothe Cadillac’s home and capital of the Louisiana Territory in 1715), chasing pelicans off weathered, wood-splintered piers or cycling over to the cinderblock construction of St. Edmund By the Sea Catholic Church, where Father Gorman still hands out and blesses scapulars for congregants and where the Hurricane Protection Prayer is recited regularly, all add to the rich flavor of the island.

In this environment, no English racer or mountain bike would survive for long. Like the used bikes of my childhood, their broken frames repaired with welding torches and their scars painted over with flat brown Rust-Oleum, the perfect bikes here are old ones with time-tested frames resurrected from beneath a dilapidated souvenir shop that once dealt in bicycle rentals. It is from such a place that our four faded-orange, iconic (my kids say “eyesoric”) bicycles were salvaged.

There is something redeeming about a can of WD-40 and silver spray paint in the hands of your child as an about-to-be-repaired bicycle is flipped upside down to balance on its seat and handlebars. From that position a quick hand crank of the pedal sends the back wheel spinning faster and faster as a generous amount of oil is applied to the chain and axles prior to removing the wheel to change its flat tire. Just a simple father-son skills transfer, but, oh, so much more beneath the surface.

If a fender is beyond repair, no problem. Amputation works fine. As an added bonus, less spray paint will be needed in the future to fight the relentless assault of sea air on metal. Soon I’ll show my youngest son how to attach playing cards (or maybe baseball cards) with clothespins to the fender supports to re-create spoke-generated motorcycle sounds, just as I did 40 years ago on my original Huffy bike.

Sure, the kids give me grief about the tender loving care given to these old bicycles as they stand sentry in their bike rack or rest on handlebars against the giant moss-draped oak tree in front of St. Edmund. And who knows, maybe I’ll put a basket on one and not worry what the kids think as their dad grows older and more indifferent to style in favor of function. That’s fine with me as these secondhand bicycles and this lazy summer island meld past and present harmonies while surviving the test of time.

Nothing is wrong with present-day electronic icons, but I still love the old-fashioned ones and marvel at their simplicity, practicality and longevity. These everyday images of life as we pass from childhood to parenthood and begin the cycle all over again with our own children and grandchildren allow a brief adumbration of the future with the comingling of salt air and sand, bicycles and islands, icons and eyesores. Fitzgerald would have been at home here writing his last line of Gatsby, “So we beat on, boats against the current, borne back ceaselessly into the past.”

Dick Duffey is an ophthalmologist living in Mobile, Alabama. Dauphin Island has been the site of past Alliance for Catholic Education retreats and served as a rest-and-relaxation stop during the Notre Dame Folk Choir tours.