A few weeks ago, while driving from Seattle to Belfair, Washington — a drive of about 70 miles — I was tired and wondering why I’d said yes to this invitation. I was headed to Prince of Peace parish, where I was scheduled for bilingual confessions, Mass in Spanish and a bilingual talk after Mass. 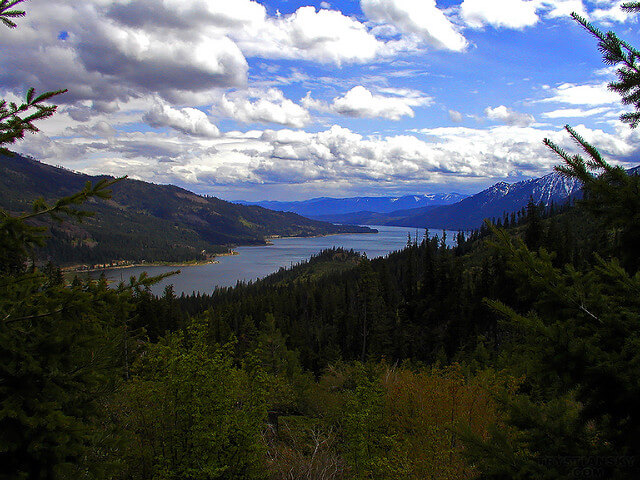 I was not at all prepared for the graces God would give me on that Sunday morning.

As soon as I walked into the church I noticed that everyone was Guatemalan — not the Mexican community I had imagined. I heard confessions from 11 to 1. Lots of people came. They had been told that I am bilingual. And I am. But many of them thought being bilingual meant that I spoke Spanish and Qanjobal, one of the 23 indigenous dialects of Guatemala. Most of the men spoke both languages. Most of the women spoke only Qanjobal. The school-age children spoke Spanish, Qanjobal and English.

I heard many confessions in Qanjobal. I just sat there and listened and cried. Two thoughts kept running through my mind. The first was that I didn’t need to understand a single word as people sat or knelt in front of me and confessed their sins. I could simply feel their sorrow, their contrition, their desire to receive the mercy and forgiveness of God. Such beautiful and lovely and wonderful and humble people. I felt completely unworthy to be in their presence, let alone hear their confessions. I cried some more. The need for mercy and forgiveness is universal.

The other thing I kept thinking was how much I love the Church. There I was, a priest hearing confessions in a language I could not understand. It truly is Christ who welcomes, Christ who forgives, Christ who offers his mercy — all through me, unprofitable and sinful instrument that I am. Christ does all this without my needing to know what is going on. The Holy Father reminded us Missionaries of Mercy of this several times in his talk to us last February: It is Christ who is present in the sacrament.

After confessions I celebrated Mass and the people did not need to be told to participate with full voice and heart. They don’t know how not to! The Mass was so beautiful. All the women were dressed in Guatemalan dresses. Following the Mass there was the veneration of the relics of Saint Faustina, who made famous the devotion to Divine Mercy. Then there was a wonderful lunch with Guatemalan tamales. To die for. Totally delicious.

Though this was the fourth and final stop of my trip to the Archdiocese of Seattle at the invitation of Archbishop Peter Sartain, it was certainly the one that most touched my heart and soul. But the other stops were moving, too.

For as long as people can remember, the parish where I heard confessions in south Seattle has been the place for recent immigrants. The community today is mostly from Mexico. I was told that prior to Mexicans, there were Cambodians. And prior to Cambodians there were Laotians. When I served as the pastor of Saint John Vianney Parish, Goodyear, Arizona, I heard those “same” confessions for many years, as my immigrant parishioners tried to make sense of life in another country, tried to practice their faith in another setting, tried to understand their children who live between cultures.

I also heard confessions and preached at Seattle’s Saint James Cathedral. Cathedrals always draw all sorts of people: from professionals to street people and everyone in between; people without high school diplomas and people with doctorates; people who live in the suburbs and people who live in the cathedral’s shadows. One person entered the reconciliation room, sat down and said, “Bless me Father, for I have sinned. My last confession was 62 years ago. These are my sins.” It’s a good thing I was sitting or I might have fallen down. Sixty-two years is longer than I’ve been alive!

The suburban parish where I gave a talk reminded me that the average American Catholic is trying to make sense of their faith in a consumer world where everything tells them to get this and have that. Meanwhile Christian faith tells us that it is in giving that we receive. This tension is not easy to reconcile, and it is becoming more difficult all the time.

The tenderness and humanity and warmth of Pope Francis have encouraged thousands of people to come back to practicing their faith. He has made a whole Church feel at home in our humanity. He has helped us all realize our common need for mercy.

Such different experiences over those four days — different settings, different languages, different experiences of life, different ways of approaching God — and yet I found one common theme: our need for mercy. Is it any wonder that the Year of Mercy continues to “grow” throughout the world and the Church? I believe more than ever what I’ve been saying since it began. The Holy Spirit gave Pope Francis an extraordinary grace to read the signs of the times. This year has been a rich gift and blessing and a source of so much grace to the world and to the Church.