Two core things about my life enable me to understand the Parable of the Unmerciful Servant, the story in Matthew’s Gospel about the king who forgives his servant an enormous debt, only to see that same servant hold a fellow servant accountable for a modest one.

The first thing is that I am a priest. Being a priest does not give me superior intelligence, that’s for sure. Rather, in my case, it means that I have heard thousands of confessions over the past 33 years. And I am often sad because people really don’t think that God has forgiven them their sins. Not the abortion, the addiction to pornography, the pre-marital sex, the stealing; not the adultery, the cheating on a test, the divorce, the gossip that damages someone’s reputation. 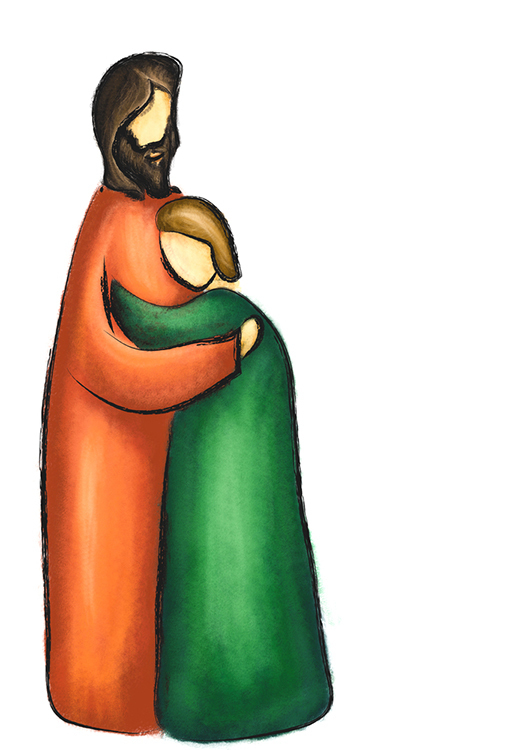 I could go on and on. And while I certainly do not want to make light of anyone’s sins, I would also not want anyone to make them bigger than God’s mercy. Often people imagine their sins are so big that God can’t or won’t forgive them. But the truth is that God forgives everything, all the time. All our sins and failings, all our transgressions and faults, melt before God’s mercy.

In this parable we learn first about a king who forgives everything and then about a man who can’t forgive anything. The debt the first servant owes his master, the king, is overwhelming. Since it would be impossible for the servant to pay it off, the king does not even consider asking for repayment. What’s more, he listens to his servant’s impossible promise to pay, believes his sincerity and writes off the debt altogether. The servant’s plea for forgiveness is met with extraordinary mercy.

Then comes the dark side of the story. Seeming to have learned nothing from this incredible experience of mercy, the servant goes out and takes full vengeance on another servant who owes him a much smaller sum than the king had forgiven him. His experience of being forgiven, it seems, has not brought about a change of heart.

I think what’s going on here is that the first servant could not accept that he was forgiven. He could not accept in his heart the generosity and kindness and goodness of the king. Failing to believe he is forgiven, he is unable to extend forgiveness of his own.

So sad. And yet, as I noted, I have heard this happen over and over in my life as a priest. People don’t think they are truly forgiven. Pope Francis recently said, “Whoever has experienced the joy, the peace and the interior freedom that comes from being forgiven, can open himself in turn to the possibility of forgiving.” Sadly, if you cannot accept forgiveness, you might not be able to forgive others.

Now, here’s the second thing that helps me understand this parable. I lived in Arizona for 12 years. During that time I crossed the border into Mexico dozens of times. While returning to the United States, I often had conversations with other people walking to cross the border, and I learned that Mexicans always hope the Border Patrol guard they’ll encounter is an Anglo, because Mexican-American guards, by reputation, are much harder on Mexicans than the Anglos are.

Now, you can be certain that these Mexican-Americans were themselves immigrants at one time. Rough experience, though, suggests these guards have forgotten all about that. So many of us have forgotten the immigration chapter in our family’s history.

The unwelcoming person is also an ungrateful person. How could the first servant in Jesus’ parable be grateful when he refuses to forgive his fellow servant? If we want instead to be like the king we must accept and be grateful for God’s constant mercy. When we do, we will not mistreat our companions, no matter what we think they owe us.

More than anything else, the parable reminds us of our constant need to recall our own experiences of being forgiven and to consider how these encounters have influenced our behavior. God’s mercy is limitless. It never ends. The Holy Father always reminds us priests, “When you enter the confessional to hear confessions, first recall your own great need to be forgiven.”

True forgiveness means setting aside measured or calculated thinking. It means not withholding forgiveness, no matter how much we hurt, or how long it takes to fade. It means not weighing the other person’s “merit,” whether they’ve “earned” it, before we forgive. It even means not waiting until that person asks our forgiveness before we decide to forgive. We should be the first to act and to offer forgiveness. God always is.

A king ready to forgive all, and a servant willing to forgive nothing. What a twist of events. What an unexpected outcome. If anyone should be willing to overlook another’s debt, you’d think it would be the simple man, not the king. But this story is a parable. It is intended to subvert our way of thinking. It turns out God is far more generous and merciful and compassionate and forgiving than any of us could ever hope to be. But we can try. We must.

Speaking of immigration, as the world becomes increasingly hostile to immigrants, Pope Francis is launching a campaign called Share the Journey to draw attention to the plight of refugees and migrants all around the globe. The campaign encourages all of us to pray for these displaced people, to engage in acts of compassion, to befriend a refugee family and to share our own stories.

Father Joe Corpora, CSC, is the director of the Catholic School Advantage campaign within Notre Dame’s Alliance for Catholic Education (ACE) program and associate director, pastoral care of students, in the Office of Campus Ministry. He is one of 700 priests whom Pope Francis appointed in February 2016 to serve as Missionaries of Mercy and his book of reflections on this experience, The Relentless Mercy of God was published this spring by Corby Books.