The Parable of the Good Samaritan from the Gospel According to Luke tells of a man who falls victim to robbers on the road from Jerusalem to Jericho. Three people — a priest, a Levite and a Samaritan — come upon him as they are traveling.

To understand the full meaning of this story we need to understand two important things. First, this story is a parable. And a parable is a story, told by Jesus, the intent of which is to get you to question your values, to question what you think, to turn your world upside down. 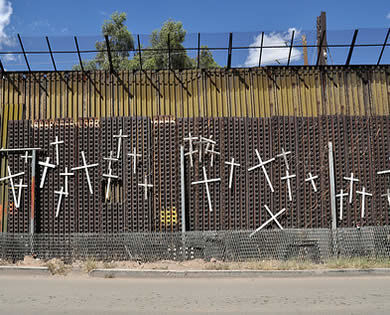 Second, we need to be aware of the hierarchical Jewish society of the time. The priest, the Levite — a kind of second-tier priest — and the lay Israelite were the familiar triad marking status in that society. Further, these insiders were sharply distinguished from those who were not Jews and therefore did not belong to Israel — the outsiders.

Samaritans were looked upon not only as outsiders, but as the mortal enemies of the Jewish nation and people. They were defectors from the Jewish religion. For those listening to Jesus’ story, a Samaritan was totally unacceptable.

The build-up of suspense in Jesus’ story now shifts to who the next person coming down the road will be. His listeners had to think it would be a lay person, who would appear in the role of the hero and bind up the wounds of the injured man.

Such a story would be satisfying. As a lay person, the hero would occupy the lowest rung on the Jewish social ladder, but still be one of their own and therefore be acceptable. Jesus’ audience — the legal scholar who had asked him, “Teacher, what must I do to inherit eternal life?” and the crowd surrounding them — could go home reinforced in their usual way of thinking, their black-and-white world of who is in and who is out, unchanged in the way they look at certain people or cultures. This, sad to say, is what we often want anyway.

But who comes down the road instead? A Samaritan! After the shock, their first thought probably was, “He’ll just finish off the poor guy and kill him.” Instead, the Samaritan ministers to the wounded man. He takes him to an inn and pays for his stay.

We can imagine the first people who heard this story scratching their heads, left without anybody with whom they might identify. They could not identify with the priest or the Levite, because these characters had been merciless. And it would have been inconceivable for them to identify with the Samaritan. That would be to accept the compassion and mercy of a mortal enemy.

Jesus’ message is that the kingdom of God knows no political or religious or ethnic or cultural boundaries. The old maps of Israelite society are not relevant in this new kingdom Jesus is preaching, no rigid barriers between insiders and outsiders.

The story’s implications are especially important today for two reasons. One, humanity is moving toward a global society in which peoples interact in every conceivable way. Two, so many people and countries want to protect their borders and keep everyone else out rather than to welcome and invite them in.

Would Jesus’ audience have understood the Kingdom of God as Jesus preached it if the one who came down the road was the expected Israelite? Probably not. And we have to ask ourselves, will we ever overcome our prejudices unless we are confronted by opposition or tragedy? The kingdom of God may be most active in those things that are most unacceptable to us — whoever or whatever that might be.

If only we could believe this, then maybe we would have no more Orlandos, no more Dallases, no more Louisianas, no more Minnesotas.

Here’s a modern day parable. A man puts up signs in his front yard that read “English only!” “Deport the illegals!” “Go back where you came from!” While putting the signs in the ground, he has a heart attack and falls over. At the same time, two undocumented men who do not speak English walk by and see what happened. They give him CPR and save his life. In our parable, like Jesus’, the man would be forced to accept the kindness and mercy of people he could not stand.

So these parables are not really stories about nice guys who help dying men. They’re about who the nice guys are. The Parable of the Good Samaritan challenges our values and forces us to acknowledge the mercy of those we distrust or can’t stand, and to accept situations we find most unacceptable.

The parables of Jesus always leave the listener with unresolved questions. This one asks, “What is your idea of the kingdom of God?” And, “Do you want to be in it?”

To enter the kingdom of God is to move beyond social expectations. Jesus identifies the action of the kingdom with the compassion and mercy of the Samaritan. This is true of people and of situations and of what lies inside of us: Our supposed enemy may turn out to be our greatest benefactor.

The kingdom of God has no fixed social, ethnic, racial, nationalistic, economic or religious boundaries. There are no insiders or outsiders, no elite or non-elite. The Father whom Jesus reveals is the God of the human race as a family. Everyone must be concerned about everyone else. Unconditional love and relentless mercy are the names of God.