Every year, the Church celebrates the Feast of the Conversion of St. Paul, the Apostle, on January 25. When we hear the words “conversion of St. Paul,” most often we think of the reading from the Acts of the Apostles, chapter 22, verses 3-16. The passage tells how Saul had been persecuting the followers of Jesus when he was knocked off his horse by a blinding light. As we hear in the Scripture, he eventually becomes a follower of Jesus under the new given name Paul, and he goes on to spend the rest of his life spreading the faith everywhere he can.

But what does conversion mean? From what is Paul converted? I recently read a reflection from Sister Ruth Burrows, OCD (a Carmelite nun at Quidenham, Norfolk, England), that helped me understand the deeper conversion that took place in this famous apostle. 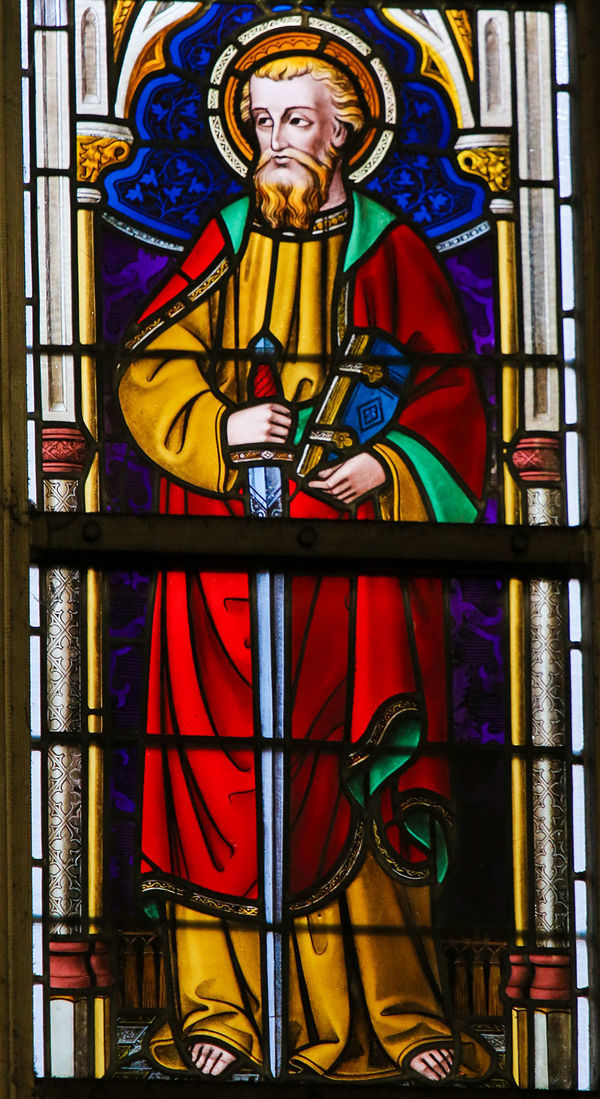 Let’s look more closely at the conversion of St. Paul. To speak of Paul’s conversion as the conversion of a sinner in the sense that we usually mean is inaccurate. This is not like the conversion of Alessando Serenelli, who murdered Maria Goretti. While serving 27 years in prison for his crime, Serenelli reported seeing a vision of his victim in which she repeated to him how she had forgiven him on her deathbed. From this point, he was converted and became a model prisoner. Upon his release, he worked as a gardener and porter in a convent of Capuchin friars.

Paul was not a sinner in this sense. Rather, he was a deeply religious man, a devout Jew, and was blameless in the keeping of the law. He strove for purity of heart. Paul was not a hypocrite, not an outward boaster like the Pharisees that are portrayed in the Gospels. He acted from a sincere heart.

The sudden encounter with the Lord that we hear about in the reading from Acts turned his whole world upside down. To Paul, the story of Jesus was a revolting scandal. A man crucified as a criminal and condemned by the law was, in fact, God’s Messiah and Promised One? How could this be? Everything about Paul’s world was turned upside down by this revelation. Maybe this is why he had to be knocked off his horse — so that he could see correctly!

This is hard for us to understand, because we revere the Cross and see it as our most hopeful sign, the sign of our redemption. We wear the cross around our neck; it hangs in our homes, and is present in every classroom at Notre Dame, and in countless other places.

But, to Paul, it was the exact opposite of every idea he had of the God of his ancestors and of the Messiah that he was waiting for. The encounter with Jesus changed all this in one second. The cross became the center of his existence, the only content of his preaching, the truth that he constantly boasted of and gloried in.

Paul accepted this with all his heart, and God was able to give him the fullness of His offerings. Paul gave up everything before the crucified Jesus, everything that he had been proud of — his Hebrew ancestry, his training, the righteousness he had acquired through self-discipline and effort. All of it was thrown out. All of it now counted for nothing. Paul saw that all this did not give him an ounce to claim God’s love.  He saw clearly that no human being could earn God’s love or could win God’s approval or could merit anything from God.

This is his real conversion. This is what Paul was converted from — from thinking that he could earn or merit or win his salvation to freely accepting all that God wanted to give him.

God gave his love freely in and through the man Jesus. As part of his conversion, Paul was freed of all righteousness of his own. After the encounter in Acts, his only righteousness is that which comes through Jesus, only that which is given by Jesus freely and generously and without cost. Paul could boast of none of his accomplishments. He could only boast of what God had done for him.

So this is the real conversion that Paul underwent — from a life of thinking that he could earn and win and merit God’s love by observing every part of the law to accepting all that God offered. Paul had believed that, if he behaved well, always did the right thing, and knew the law inside and out, he could earn God’s love. In the moment of his conversion, he came to see that this was not true at all.

God’s love, made manifest to us in Jesus, is freely and generously and gratuitously given. Paul came to understand this truth in his conversion, and so must we undergo this conversion in our own lives. We all need to be converted from thinking that we can earn or merit or gain or barter for our salvation. We all desperately need to simply accept the goodness and generosity of God and let God give us all that He wants to give us. Our only role is to accept what God has to offer — ultimately, what God desperately wants to give us.