On Good Friday I had the unique privilege of presiding and preaching at Westville Prison, about an hour west of South Bend. Fifty men live in the dorm where we had the Good Friday prayer service, all of them enrolled as students through an initiative of the University and Holy Cross College. I am so impressed with this initiative. It is really a time-honored way of understanding education and learning — the men get to discuss what they’re learning and studying in class in their day-to-day conversations in the dorm, and along the way, they can earn Bachelor’s or Associates degrees. This year, on May 24, three men will receive a BA, and 17 men will receive an AA.

My visit began in the common room of the student dorm, where I tried to meet and shake the hand of each person present, some men I had met before in my last visit, others I had not. 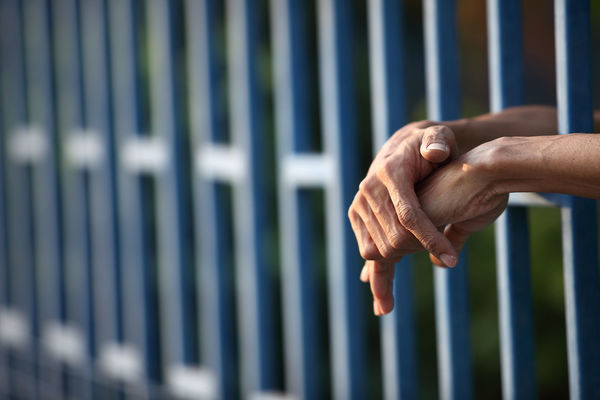 As I did this, I could not help but think of what Pope Francis says on his annual Holy Thursday prison visits in Rome: “There is really no good reason why I am not in here and you are not out there.” I think of my own life. The major reasons why I am not inside have almost nothing to do with me.

I had good parents who brought me up a certain way and were always there for me. I did not choose my parents.

I grew up in a lower middle class neighborhood that was safe and where everyone looked out for each other. I did not choose that neighborhood.

I went to Catholic school from kindergarten to eighth grade and received a great education at the hands of the Salesian Sisters of St. John Bosco, an education and formation that I will never be able to be sufficiently grateful for. I did not choose to go to that school.

Any differences in those three things, over which I had no control, could have put me on a very different trajectory in life. I could be on the inside.

Before I went to the prison, I thought about what Gospel I would use and what I would preach on. I decided to preach from the Gospel of Luke (23:32-34).

Now with Jesus they were also leading out two other criminals to be executed.  When they reached the place called The Skull, they crucified him there and the two criminals also, one on the right, the other on the left.  Jesus said, “Father, forgive them; they do not know what they are doing.”

I wanted the Gospel and homily to reach the hearts of the guys in prison, to offer some hope and consolation. After reading the Gospel, I said, “We all know these words spoken by Jesus shortly before he died on the Cross. ‘Father, forgive them; they do not know what they are doing.’

The words of Jesus show a divine generosity that is surprising and so consoling. It is as if the Lord wants to go further than we could ever go to excuse us. He will find any reason to relieve us of the burden of guilt, if he can. And notice that the Roman soldiers do not even ask for forgiveness, yet Jesus asks his Father that it should be given to them.

When Jesus asks his Father to forgive his executioners on the basis of their ignorance — “they do not know what they are doing” — Jesus is asking that they be forgiven because they did not know that they were loved. They were ignorant of the love that God had for them.

Not realizing that we are unconditionally loved is the real darkness, the real ignorance. When we sell ourselves short, when we hurt others or damage their reputation, when we settle for second best, when we abandon our ideals, or fill with rage or jealousy...when we do these things, we usually know that we are doing wrong.

What we don’t know is how much we are loved and cherished.  We are not so much bad or malicious. Rather we are wounded and despairing of love.

We will finally realize that we are sinning not when we know the law or when we are experts at moral questions, but when we sense how much we are loved and how precious we really are. Until that happens, we continue living in the darkness that lets us go on crucifying Christ, crucifying others, and crucifying ourselves.

Christ died for us on the cross so that we would never be without the experience of someone falling in love with us, and to reveal more fully how much we are held in love by our God.  I told the men, “For sure, God has fallen in love with each one of us. You don’t die on the Cross for someone if you don’t love them.”

Forgiveness is one of God’s most beautiful qualities, and it’s equally beautiful among ourselves. I said to the men, “Though I do not live here at Westville, I am certain that you have the opportunity to forgive one another on a daily basis and to allow some trust to develop among yourselves.” I further explained that I live in a dorm with 300 undergraduates. We have the opportunity to forgive one another and to renew trust among ourselves on a regular basis.

I ended the homily by saying, “I hope that when you look at Christ on the cross, you believe and know even more how deeply you are held in love and cherished by God.”

After the homily I invited the men to offer any petitions. Many did. I had to fight back tears when they prayed, “for my children,” “for all those on the outside whom I have let down,” “for the poor and the suffering,” “for my family.” After the petitions, we had a closing prayer.  I shook hands again with most of the guys and, to a person, they all thanked me for coming. I kept saying, “Thanks for having me.”

I am so encouraged by a God who is so merciful that he is always willing to look for ways to relieve us of the burden of guilt that we all carry — a God who loves us so much that he offers his forgiveness and his mercy even when we don’t ask for it. Just as he did on the cross, Jesus himself is always asking and granting that mercy for us, because, like the men at Christ’s crucifixion, we do not know just how loved we are.