The most common sin that I hear in the confessional is one of being judgmental. “Father, I’m 84 years old and I’m critical of my grandchildren’s spouses.” “Father, I’m always judging my mother-in-law about everything and at every step of the way.” “Father, I’m judgmental towards whole groups of people.”

I often tell the penitent the Story of the Red Car. It goes like this. 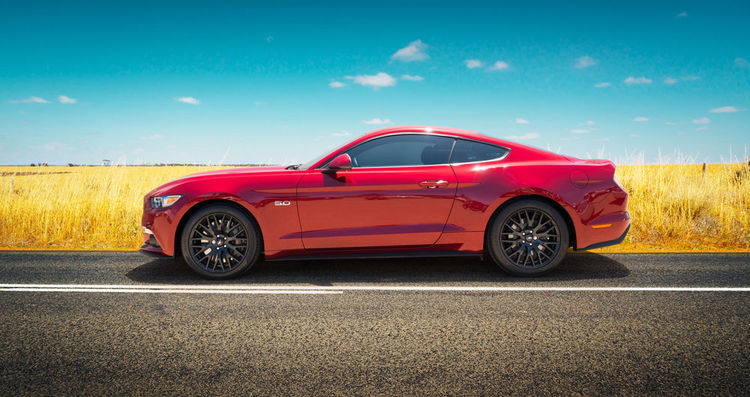 To illustrate the perils of judging others, Fr. Corpora likes to tell the Story of the Red Car. Photo via Shutterstock

Once upon a time I came out of a store and got into my car.  While I was inside, a red car had parked in front of me, so close to my car that I couldn’t get out of the spot. I could tell the car was running, but the driver had apparently run into the store. After a few minutes waiting, I got impatient. I noticed that there was a passenger in the car.  And I thought to myself: “If that passenger would just hop into the driver’s seat and pull the car up a foot or two, I would be able to maneuver my way out.” The passenger, however, did not move into the driver’s seat. So I started to beep at the passenger, hoping that she would take the hint, get out of the passenger seat, move into the driver’s seat and pull the car up. Nothing doing. The longer I waited, the angrier I became.

I decided to get out of my car, go to the passenger and ask her — maybe politely, maybe not — to move the car. I knocked on the car window, ready to be snarky and ask her to get into driver’s seat and move the car. She turned to smile at me, and it was then that I noticed that she was blind.

That put me in my place. Here I was, getting angrier by the second, making all sorts of judgments about her not moving to the driver’s seat, and she was blind. Had I known that, of course, I would never have beeped at her, gotten out of my car, or thought to yell at her. I might still have been annoyed, but I would have been patient.

When we judge someone, it’s always true that if we knew one more thing about that person or had one more piece of data, we might think very differently. If we knew what happened to this person when he was in fourth grade. . . .If we knew what happened to that person when her family moved across the country and she had to start all over again in high school. . . .If we knew that his parents had divorced when he was young and was raised by his grandparents. . . .If we had one more piece of information, we would make very different judgments or not judge at all.

I always end by telling the penitent that this is precisely why God’s judgments are very different from ours. God has all the data, all the information. God knows exactly why we are like we are. Thus, he is always ready to forgive and to show us his mercy.

God will judge the world with a mercy that is just. That means that all God’s judgments are merciful.

God’s judging wrath does exist, because there is real evil and injustice in the world, and God cannot turn a blind eye to it. But, using Scripture as our guide, we see that, when God threatens to punish or judge harshly, his wrath collapses in favor of showing his people mercy. This is the entire story of God’s relationship with Israel. God gets angry, threatens to punish, and then relents. God is furious, ready to wipe out Israel, and then changes his mind.

God always goes from wrath to mercy, from judgment to salvation. It seems that God has no choice but to forgive. God has all the data on us and on everyone and is thus predisposed to forgive and to show mercy, just as we are when we realize that the person in front of us who won’t move their car is blind.

We cannot take God’s mercy for granted, but we can hope that, when we sin, God will look upon us in the same way that he has treated his people since the beginning — a wrath that always melts into mercy. When we go to meet God, he will not punish us. Rather, his divine mercy could become our judgment, but a judgment that purifies, cleanses, and heals everything in us. This purification, cleansing, and healing is what we have longed for throughout our lives. Why not hope that God’s mercy will bring this about in us?

I believe that God will judge me and everyone. But he will judge with mercy — because, when you know all the ins and outs of a person’s life as God does, all your judgments are merciful.