As the years go by I become more and more fond of saying, “The older I get the better I look in gray.” The phrase is not original. I first heard it from the late Trappist Abbot Bernard Johnson many years ago. One of my very best friends had left the priesthood. He was a great priest, a really popular and effective one. After 19 years of priesthood, celibacy became more and more difficult for him. So, after much prayer and discernment, he left the priesthood and was laicized. 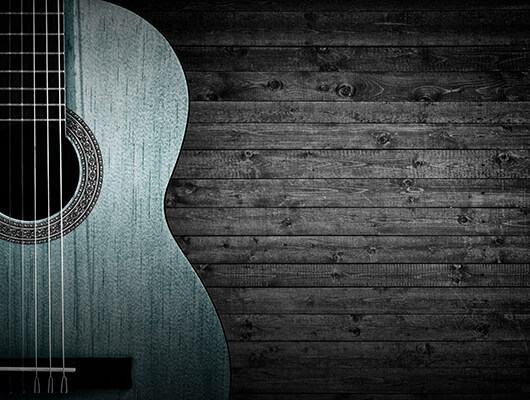 I was about 50 years old at the time and I remember telling Abbot Bernard about the situation. “So, Bernard,” I said, “was it a mistake? Was it wrong for him to have become a priest in the first place?” And he said, “Joseph, Joseph, it’s not that clear-cut. In fact, the older I get the better I look in gray.”

I have never forgotten the abbot’s words. Everything that seemed so black or white, good or bad, right or wrong, until I was 50 seems so much grayer now. Of course, some will say I’m wishy-washy, and maybe that’s true. But I don’t think so. As you get older you begin to see that things are so much more both/and than either/or.

Bishop Frank Caggiano of Bridgeport, Connecticut, says the most important theological word in the Catholic vocabulary may be “and.” When the Church talks in “either/or” language we get schisms. The early Church had schisms over the question of whether Christ was human or divine. Those who were able to believe that Jesus is both God and man remained in the Church. Those who believed he was either one or the other left the Church to begin their own. The Church thrives when it talks the language of “both/and”: Jesus is true God and true man. Mary is Virgin and Mother. The Kingdom of God is here and yet to come. We are sinners and saints. God speaks to us through Scripture and tradition. We believe in faith and reason.

After a talk I gave recently, someone reported me to a Church authority, saying that I was “too easy on sin.” Sin is very real. I sin every day by commission and by omission. That is why I define myself as “a sinner whose sins are forgiven.” I don’t think that I’m too easy on sin. I know all too well that sin will be my constant companion until I’m in the casket. I will not know a life without sin this side of eternity. I just believe that God’s mercy is bigger than any sin.

When I was asked about being too easy on sin, I recalled a story Pope Francis told in February 2016 when he commissioned 700 priests from all over the world, including me, to serve as Missionaries of Mercy. It was about a priest from Argentina who was known to be a great confessor, but who struggled with whether he was forgiving people’s sins too easily. He would talk with Jesus about it and then go in front of the tabernacle and say, “Today, I think that I might have forgiven peoples’ sins too easily. But let’s get this straight. You, dear Jesus, gave me the bad example.” So the only thing I could say in response to my accusation was, “Maybe I am too easy on sin. But Jesus gave me the bad example.” Recall the woman caught in adultery. Or the repentant thief on the cross.

Then someone told me of the wonderful line of St. Therese of Lisieux, who went to confession regularly and confessed the smallest of faults. One day her confessor said to her, “But, Sister, you should stop confessing these small, small faults. You don’t have to come to confession for such small matters.” And she replied, “Who are you to be stingy with a treasure that is not yours?”

Who am I to be stingy with the mercy of God, a treasure that is not mine, a treasure for which I am so grateful? In her novel Adam Bede, George Eliot wrote, “When death, the great Reconciler, has come, it is never our tenderness that we repent of, but our severity.”

Sometimes I wonder whether I believe so fervently in the relentless mercy of God, his constant forgiveness, his tenderness, his compassion, because it’s in my favor to believe in these things, or because they are really true. Then I recall, “This is my Beloved Son, my favor rests on him” (Matthew 3:17). As I look at my life, riddled with sin and drenched in grace, it is certainly in my favor, so to speak, to believe in the relentless mercy of God, but that doesn’t make it easy. I still have to accept that God’s mercy is bigger than my sin. So many of us are tempted to believe the opposite, that our sin might be bigger than God’s mercy. Dios mio. That is so not the case.

Then I ask myself, what if I didn’t believe in the relentless mercy of God and in his constant forgiveness?

I think I would be stuck in a black-and-white, either/or world with no gray, no both/and. I don't think I would know the freedom of being a child of God that St. Paul writes about in his letters, the freedom Jesus won for us by his death and resurrection. Believing in God’s relentless mercy, which breaks through all the black-and-white, either/or categories of life, enables us to live in the key of gray and helps us to accept the freedom that Jesus so desperately wants to give to each one of us.

Father Joe Corpora, CSC, is the director of the Catholic School Advantage campaign within Notre Dame’s Alliance for Catholic Education (ACE) program and associate director, pastoral care of students, in the Office of Campus Ministry. He is one of 700 priests whom Pope Francis appointed in February 2016 to serve as Missionaries of Mercy and his book of reflections on this experience, The Relentless Mercy of God was published this spring by Corby Books.