A man went to confession every month. One month he said to the priest, “I am not sure of what to say today. I haven’t done anything this month.” The priest replied, “I am glad you came to confession. Doing nothing is a very serious sin.”

God created each of us with talents and abilities, and he wants us to use our talents to serve each other and build a community of faith, compassion and mercy. Jesus praises those who try, those who make an attempt, those who risk and those who work. 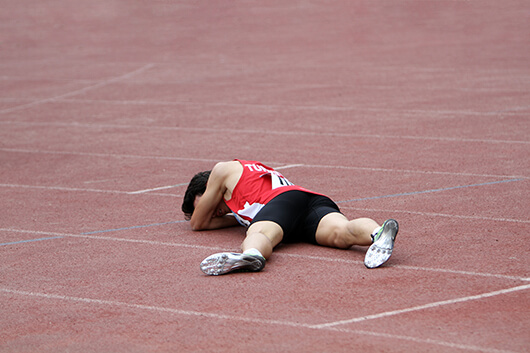 The Olympic Games feature athletes who spend years perfecting their skills, practicing at odd hours and making many financial and emotional sacrifices to pursue their goals. Olympic athletes have learned to grow from their failures, to see that it is better to have competed and come in second than to protect an imaginary winning record by never competing.

In the Parable of the Talents, Matthew 25:14-30, Jesus severely criticizes the servant who congratulated himself for not risking his master’s money. Jesus opposes fear. The one who refused to invest the talent he was given didn’t fail to invest because he was selfish. He failed to invest because he was afraid. Fear keeps us from being truly alive and from sharing the gifts that God has given us. We cannot listen to those voices of fear. Fear is often the first cousin of sin.

The apostles could have stayed in Palestine after Jesus’ resurrection. They could have argued that other people were not quite ready to hear the Gospel. They might have stressed the personal dangers that preaching the Gospel can bring. But no, they went everywhere they could to proclaim the life, death and resurrection of Jesus.

According to tradition, all the apostles except John died as martyrs, most of them outside of Palestine. They rejected a life based on the illusion of avoiding risk. The largest category of saints within our Church is martyrs. Following Jesus may not mean martyrdom for most of us, but it will always involve some risk.

Entrepreneurship teacher Brad Aronson shared this reflection on his blog many years ago, and I have returned to it often:

“Don’t be afraid to fail.

You’ve failed many times, although you may not remember.

You fell down the first time you tried to walk.

You almost drowned the first time you tried to swim.

Did you hit the ball the first time you swung a bat?

Heavy hitters, the ones who hit the most home runs, also strike out a lot.

R.H. Macy failed seven times before his store in New York caught on.

The English author John Creasey got 753 rejection slips before he published 564 books.

Worry about the chances that you miss when you don’t even try.”

We have all been given gifts from the Lord. The first thing we must do is identify them. Then we must put them at the service of God and of one another.

Investing our gifts in the service of others is a risk — but it is a risk that we must take. Success on a risk is not important. What is important is the freedom that comes from risking.

It’s not clear in the parable what talents the owner has given away. But for sure we have all received God’s gifts of forgiveness, love, mercy, kindness, grace and faith. These gifts are not given to us to be put in a safe, but to be spread, to be given, and to be offered. Imagine all the mercy and forgiveness God has given you. What good is it if you lock it away in a safe? No! Give it away freely and generously. God will increase it.

He might double or triple your investment, or he might not. That’s not important. We are only called to invest what God has given us. He takes care of the rest in his way and in his time.

Doing nothing is, in the end, selfish. Mistakes can always be corrected and forgiven. The Church teaches us that there are certain kinds of success that grow best from the soil of failure. Our faith must give us the courage to act, knowing that God would rather see us make mistakes than do nothing. In The Joy of the Gospel, Pope Francis wrote, “I prefer a church which is bruised, hurting and dirty because it has been out on the streets, rather than a church which is unhealthy from being confined and from clinging to its own security. I do not want a church concerned with being at the center and then ends up by being caught up in a web of obsessions and procedures.”

We are all called to take a risk on the talents that God has given us. In his mercy, he will be faithful to us.

Father Joe Corpora, CSC, is the director of the Catholic School Advantage campaign within Notre Dame’s Alliance for Catholic Education (ACE) program and associate director, pastoral care of students, in the Office of Campus Ministry. He is one of 700 priests whom Pope Francis appointed in February 2016 to serve as Missionaries of Mercy and his book of reflections on this experience, The Relentless Mercy of God, was published last spring by Corby Books.