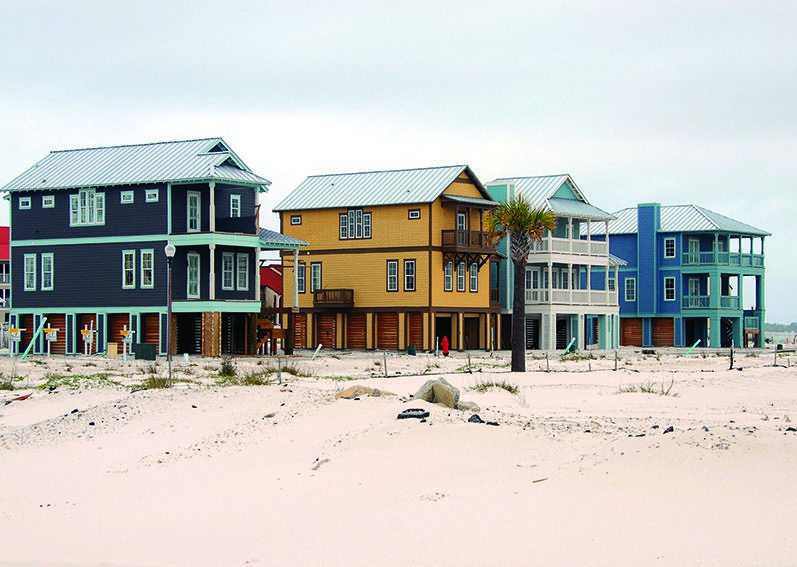 Whether a coastal homeowner is a climate-change believer or skeptic has no effect on whether they take steps to protect their homes from climate-change-related hazards. Either way, few are taking any steps at all.

That’s the conclusion of a study funded by the Notre Dame Global Adaptation Initiative and published in the scientific journal Climatic Change in October. The report analyzed data from a 2017 Coastal Homeowner Survey of 662 respondents in New Hanover County, North Carolina, which is among the seaside communities in the United States most frequently exposed to flooding, storm surges and related hazards. One year after the survey, Hurricane Florence dropped 30 inches of rain on the county and its largest city, Wilmington, and forced 22,000 residents to seek public recovery assistance. This past September, the county faced a near miss by Hurricane Dorian.

The survey asked homeowners whether they believed in climate change, in human causation of climate change or in God having a role in controlling the weather or climate. Respondents also were asked about their knowledge of climate-related hazards and warming oceans and their perception of the seriousness of their potential impacts.

“We found that climate change attitudes have little to no statistically significant effect on coastal homeowners’ actions towards home protection, homeowner action or homeowner intentions to act in the future,” said study co-author Tracy Kijewski-Correa, the Leo E. and Patti Ruth Linbeck Collegiate Chair of civil and environmental engineering.

“This is despite the fact that with climate change, U.S. coastlines have experienced increased frequency and intensity of tropical storms and sea level rise, which has further heightened their vulnerability to waves, storm surge and high-tide flooding.”

According to the study, more than 80 percent of survey respondents believed climate change is “probably happening,” with varying degrees of confidence. Even after controlling for political partisanship, the findings were unaffected.

Despite “persistent differences” in party ideologies, noted Debra Javeline, a ND associate professor of political science and the study’s lead author, “the behavior of people from either party appears relatively similar. Neither has or intends to take action to improve the structural vulnerabilities of their homes.”

Javeline said the findings also suggested that encouraging homeowners to reduce the vulnerability of their coastal home may be more effective if expressed in terms of structural improvements and economic benefits, rather than in the context of climate change.