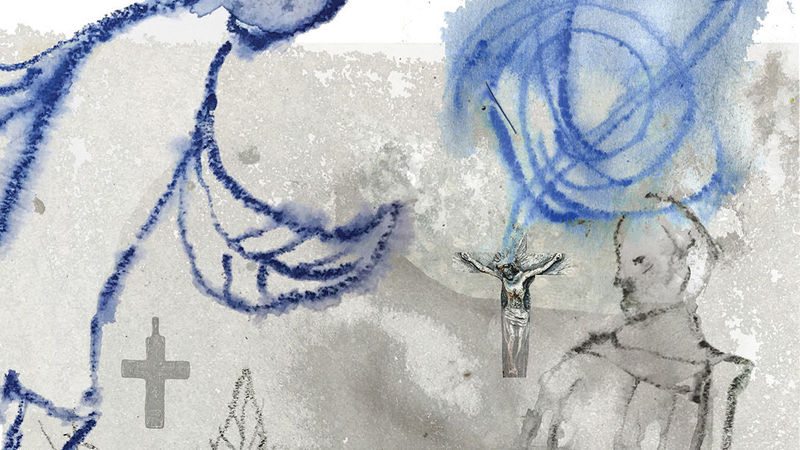 In her 101st year, my mother still lived in my childhood home in South Carolina, watched over by my saintly youngest sister. For a year, the hospice folks had been saying she was hovering at death’s door, but she didn’t appear to have the least interest in ringing the bell. No matter how many times we said our final goodbyes, my mother still perked up at the first sign of a party. Though she could barely see during my last visit, she cried out my name when I entered her room. She’d shrunk to a wispy fraction of herself, but she was sharp as ever.

Impending death, however, rattled her. She asked if she looked ugly. She didn’t — there was a haunting loveliness to her hooded eyes — but her face, utterly transformed from the full beauty of her young-mother days, startled me. She asked if I was afraid of dying.

I’d come home to write a memoir. I was the first in my family born in the South, the first to call myself a Southerner, always acutely aware that we were a band of outsiders: Yankees, liberals, Catholics. I’d come home to remember the South of my youth, the last days of Jim Crow, when right and wrong were stark and clear. Now here was my mother, asking me to contemplate my own mortality.

And here I was, answering: Yes indeed, I was most certainly afraid of dying, but maybe she and I could look on death together. Here I was, handing over her rosary beads. Here I was, surrounded by my mother’s holy pictures, remembering that sometimes — often — Catholicism seemed the brightest mark of my family’s difference in the South.

Maybe that was partly because the first real Southerner I ever loved was a Southern Baptist, who also happened to be one of my mother’s regular visitors during her last year on earth. My mother and my friend knew each other well; Mary Hope had moved in next door when we were only five. Though I was baffled by her Baptist ways, and she by our strange Catholic rituals, we were instant friends.

I absconded to Mary Hope’s to watch Queen for a Day, which my mother disapproved of: Not only were we the last family in Beaufort to get a TV, but our mother was a diligent censor. What could she possibly not like about poor women recounting their woes, the most pathetic story rewarded with a new stove? My mother suggested it had something to do with respecting the poor and eschewing worldly goods, but her theology of the television was beyond my young comprehension.

Mary Hope’s mother was Mama, which sounded romantic to my ear. We Sayers children called our mother Mommy, an old-fashioned and embarrassing Yankee word. We said dinner, not supper; children, not kids. We weren’t supposed to say y’all (though of course we did). Mary Hope said cross and was fascinated by our word: crucifix.

We had a crucifix for every room. Sayers babies woke in their cribs to visions of the nails protruding from Jesus’ feet and outstretched hands. The first image we saw when we walked in our front door was a large, surreal Sacred Heart: a solemn, beautiful Jesus, pointing to his own thorn-encircled heart, two drops of blood dripping down like tears. Above his heart, low flames sprang forth, a tiny cross perched atop the fire.

Mary Hope’s church didn’t believe in art like that. When they brought out the big wooden cross at Easter, it didn’t include Jesus. He’s risen, she said, he’s in heaven: Now it’s time to celebrate. This was pretty convincing. But Catholics, my mother countered, need the nails and the thorns to remember what Jesus felt, dying for our sins.

Mary Hope wasn’t even baptized yet — she would pick her own time — and at night I fretted: what if lightning struck her down or an alligator ate her? She invited me to her church, but I wasn’t allowed. No Catholics were allowed, pre-Vatican II. When I told her we said the rosary every night, she repeated her Sunday School lessons. She could recite actual Bible verses — I didn’t have anything to compete with that, though I countered with the scraps of Latin even a small child could pick up from Mass: altare Dei and juventutem meam.

I had a few more tricks up my Catholic sleeve. We had the Little Jesus Hour, after lunch when my exhausted mother read the youngest children stories about St. Francis and the Wolf of Gubbio or St. Thérèse, the Little Flower. (Thérèse had a sister named Céline, a name we successfully lobbied for when the seventh Sayers was born.) Sometimes my mother let us play with the plastic statuettes that my older sisters won in CateQuizzes (we had a plentiful supply). The idea was that our contemplation of Jesus and Mary would lead us to sleep — Merciful Jesus, make them finally sleep — but Mary Hope’s questions about the bleeding bodies on our walls kept me wide awake. Frequently my mother napped while I contemplated the sorrow of Mary, cradling her tortured son, in that postcard of Michelangelo’s Pietà thumbtacked to the wall.

Our theologies might have been competing, but the zeal of our two households bound Mary Hope and me tight. Baptists didn’t only go to church on Sundays, they went on Wednesday nights, too. They sang their hearts out — we could hear them from blocks away — and I prayed nobody eavesdropped on the quavering Catholics. Her parents took Sunday School classes; my parents’ discussion group crowded into our living room. I eavesdropped on their serious talk about Augustine and Aquinas, and when they erupted into peals of laughter, I clucked my sanctimonious disapproval.

Our pastor was, my father suggested happily, an intellectual, and my mother said he had ONCE BEEN A BAPTIST (there was hope even for Baptists). In the rectory shop, Father Anderson sold modernist art prints — my parents bought a Rouault of Mary Magdalene anointing Jesus’ feet to hang alongside our Sacred Hearts, our walls now an exercise in wild eclecticism. He even threw cocktail parties: Catholics drank and danced. Mary Hope was emphatic that Baptists did not.

Mary Hope and I sifted the evidence: bodies, stories, music. Baptists didn’t have names ending in vowels, and they didn’t have our enormous families. They didn’t even have incense. How could two families living side by side have such different notions of the sacred?

One night, drifting into skittering sleep, my mother’s death near, I thought I heard Mary Hope knocking on the back door. She was watching Queen for the Day and beckoned me to join her. We tramped through the marsh-side woods, the light filtering through the tall Southern pines a definition of God we could both accept. We stared into the cemetery ground, into our future homes.

Mary Hope was a great solace in my mother’s last year of life. Small wonder I dreamed we stared into our burial plots: One day, she unfurled a hand-drawn map of the Baptist Church’s graveyard. Head of the cemetery committee, she was updating the records, putting them online. This delighted me. I still greet her parents every time I pass the Baptist Church, their plots right down front, close to the sidewalk. When I left for New York in 1969, Mary Hope’s mother said: Now Val, don’t let us see you on Huntley-Brinkley, marching in some demonstration. Sure enough, I was soon marching against the Vietnam War, thinking of Mary Hope’s mother, who knew me so well, every time I passed a camera’s eye.

Little did I know that my own mother, visiting New York a decade later, would march in a demonstration, too. At first she argued against it. There were other ways to protest the Dirty War in Argentina, she said, but when I told her about the mothers who marched in Buenos Aires, heads covered in white kerchiefs, to demand an account of their missing and tortured children, she tied on her own kerchief. Terrified, fully expecting to spend the night in jail, she marched in front of Madison Square Garden as hulking security men snapped our pictures. Her racing heart, she later said, slowed only when a Jesuit in Roman collar joined us. All those crucifixes and Pietàs had imprinted themselves: She marched for the mothers whose children had been tortured. I had a feeling my Baptist friends would approve.

As my mother lay dying, Mary Hope liked to remind her what the Bible says: I have prepared a place for you. She could still quote those verses. And my Catholic mother, in the wisdom of her years — an age that was getting to be biblical — savored my old friend’s voice. Mary Hope wasn’t just reciting. In her lovely Southern Baptist cadences, she was singing my mother home.

Valerie Sayers is the William R. Kenan Jr. Professor of English at the University of Notre Dame. Her six novels include The Powers.