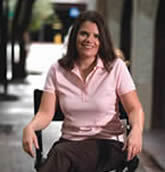 Alaska’s splendid natural landscape is legendary, but to Marianne Cusato ‘97, who grew up in Anchorage, the place was an aspiring architect’s cautionary tale.

“The interesting thing about Alaska is that it is a very naturally beautiful place, but the built environment doesn’t complement the natural beauty,” says Cusato, who has become one of the nation’s most sought-after design consultants since originating the Katrina Cottage in 2005. “So I didn’t learn any lessons from the buildings there, but I think I did learn some lessons in what a place can become if you don’t really nurture the built side of things.”

Childhood visits to such cities as Seattle; Berkeley, California; and Washington, D.C., gave Cusato a glimpse into the possibility of an alternative world, where the buildings didn’t look out of place. They also were not so far apart that getting to every errand or cultural event required piling into a car. Something felt right about those mixed-use, urban communities, but she couldn’t quite put a finger on it. Years later, her studies of classical and traditional architecture and urban design at Notre Dame would provide the a-ha moment that explained it all.

“I thought: Now I can articulate how I felt in these places that were walkable and had a sense of community to them,” Cusato recalls. “My career has really been focused on building new places that feel as good as the old ones.”

In her latest book, The Value of Design, Cusato, 34, breaks down the principles of design that make some places appealing and others not. A follow up to Get Your House Right: Architectural Elements to Use and Avoid, which Cusato co-authored with Leon Krier, Richard Sammons and Ben Pentreath, this book addresses not only the design of homes but also the planning of the communities in which the buildings sit. To Cusato, a disciple of New Urbanism, returning to traditional, compact, mixed-use community design will solve a host of economic ills, from the downturn in the housing market to the hard pinch of rising gasoline prices.

“If we plan our communities in a way that you can meet your daily needs by driving less than an hour a day, you save money, you gain quality of life, and at the same time we exponentially can reduce our dependence on foreign oil,” she says.

Oh, those McMansions
Cusato devotes a significant amount of ink to decrying the suburban McMansion as an example of bad residential design run amuck. For example, she writes: “The evolution of practical elements into ornament is one of the problems of the McMansion.”

When you talk to her, she’s happy to expand on that point, calling the overuse of ornamentation a symptom of the infection she calls “design by checklist.” And she thinks she knows its cause.

“It’s actually quite logical that it’s happened that way,” Cusato says. “It’s because, as homes are disconnected from any sense of community—you arrive in the driveway, go in the house and never leave—the only thing you have is to add more and more to keep screaming to get more attention to the outside . . . and then you go inside and it’s about the checklist of the granite counters or the Roman tub or whatever the flavor of the week is.”

Aiming the book at design and building professionals, real estate agents and local government officials as well as homeowners, Cusato counsels them to forgo the grandeur of the “rocket-ship entrance and space-shuttle window,” as she puts it, in favor of simplicity.

These days Cusato’s own residential design work has taken a back seat to her consulting and speaking engagements. Earlier this year, she made what she calls a temporary relocation from New York City to Miami. “As much as I love New York, I just felt that I needed new scenery for a bit,” she says.

Her apartment in New York’s Greenwich Village was all of 350 square feet, but she views it as a classic example of a well-designed small space.

“It’s extraordinary, the amount of stuff that I had in that apartment and how efficiently it was packed,” Cusato says. “My apartment now [in Miami] is substantially larger, and I’m just scratching my head as to where I’m going to put all this stuff. . . . It’s really very interesting how it’s not the size of the space but the use of the space that’s crucial to living in it well.”

Fellow architect Sarah Susanka, best-selling author of The Not So Big House, is a friend whom Cusato first met when she introduced herself after one of Susanka’s lectures.

“The really cool story about where our paths crossed was that I had designed a modular not-so-big house that was going to be built at the International Builders’ Show on the parking lot with a lot of other show houses,” says Susanka, referring to the January 2006 show in Orlando.

Showcasing the Katrina Cottage
When one of the participants in that project pulled out at the last minute, Susanka accepted an opportunity to have a version of Cusato’s Katrina Cottage erected in its place. She would later write about the experience and the buzz it generated in her subsequent book, The Not So Big Life.

“Since then, Marianne and I have corresponded quite often,” Susanka says. “I think we’re both each other’s best fan club. I think the world of her. She’s an amazing young woman, incredibly focused and incredibly clear in how she presents ideas.”

Cusato’s design of the Katrina Cottage was the result of her entering a contest initiated by Andres Duany, one of the founders of the New Urbanism movement, to generate ideas for alternatives to FEMA trailers to serve as temporary housing after the hurricane. The plan Cusato sketched out not only won the contest and helped persuade Congress to appropriate $400 million for alternative emergency housing, it also earned her the first People’s Design Award from the Smithsonian Institution’s Cooper-Hewitt National Design Museum in October 2006 and secured her ranking in Builder magazine as the fourth most influential person in the home building industry that December.

Today, Cusato has a licensing agreement with Lowe’s through which the home improvement retailer sells plans and material packages for several variations of the Katrina Cottage. Buyers are using them for much more than just emergency replacement homes. For example, the cottages are a key part of the architectural mix at the new South Main real estate development in Buena Vista, Colorado.

“It’s one of my favorite case studies, because the same developer is building high-end second homes and, with the same units, affordable housing,” Cusato says. While the homes look identical from the outside, the less expensive units feature lower-cost interior finishes.

Katrina Cottages are also being used for rural housing in Iowa and as Elder Cottage Housing Opportunity (ECHO) units and vacation homes around the country.

Nine of the 19 models Lowe’s offers were designed by Cusato herself. Ten are variations of her prototype created by other designers. Their sizes range from a one-bedroom, 308-square-foot unit to a five-bedroom, 1,807-square-foot unit. Each cottage incorporates an outdoor space, in the form of a porch or stoop, to help its small footprint feel more expansive.

“The idea with the Katrina Cottages is that we can build homes that are very simple, that are built to the exact specifications of conventional homes, but they are just a little bit smaller,” Cusato says

Louisiana style
“Her design really hit the Louisiana vernacular on the head, as far as being architecture that would be appreciated by people in southern Louisiana,” Dupuy says.

The fact that the buildings are rated to withstand 100-mile-per-hour winds also got Dupuy’s attention, along with their affordable prices. “Following Hurricane Katrina, we did a lot of research into various housing methods and materials, and nothing satisfied us until we came across Marianne’s design,” he says.

As for The Value of Design, Dupuy thinks one of the book’s greatest values is the lessons Cusato provides on “how to build smarter.”

“She’s putting a new twist on doing more with less, and she makes the option of having a smaller but better built home very appealing,” he says.

When it comes to designing neighborhoods, Cusato is a big advocate of mixed-income developments like the one in Buena Vista, Colorado.

“There shouldn’t be affordable neighborhoods and high-end neighborhoods,” she states flatly. “That in itself is part of the problem. When you separate complete demographics, you get into trouble, and the urbanism is not as successful. You have to have a mix—and you can do it really well with the architecture and never know which is which.”

Cusato also has an interesting take on green building, writing in The Value of Design: “A truly ‘green’ house is one that people love and, therefore, want to maintain over time.”

As she later explains, “At the fundamental level of things, the greenest thing you can do is design a building that somebody doesn’t ever want to take down. We take care of things that we care about, and we let things that we don’t care about fall into disrepair. So this comes down to the design of the building. Is it a building that somebody will cherish enough to make sure it is kept up?”

In Cusato’s view, many of the buildings that are now celebrated for being on the technological cutting edge of green fail the true test, which is to have a timeless design.

“So many sort of crazy, modern, experimental buildings are technically green, but they’re also out of fashion before the scaffolding comes down,” she says, before quickly adding that a timeless design doesn’t necessarily have to look traditional.

Whatever the architectural style, Cusato’s message is that the way a building fits into its environment and the way people feel within that space “go to the heart of what good design is.”

Sonya Stinson is a freelance writer in New Orleans.
Photo of Marianne Cusato by Craig Ambrosio