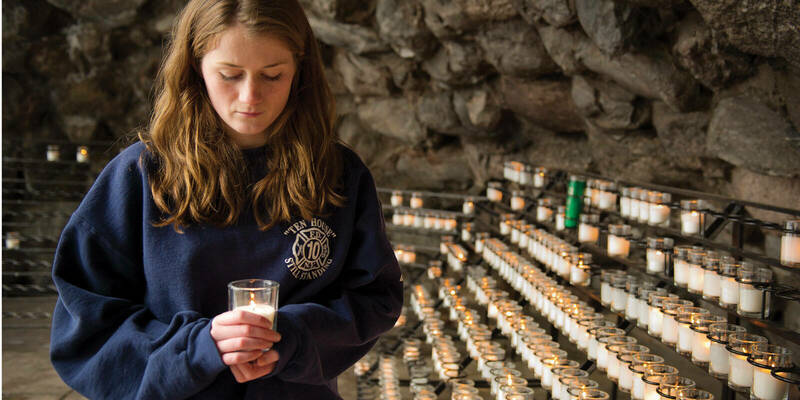 For most of America, the 9/11 attacks are fast receding into distant history. The 10th anniversary has passed; the 25th is far in the future. In the meantime there will be Super Bowls and elections and Oscars and graduations, and life will go on, just as it should.

Sometimes it is worthwhile taking note of how such calamities, however distant they may seem, create ripples that keep on spreading, touching more lives, long after a sense of normalcy has returned for the rest of us.

The new World Trade Center, sometimes called the Freedom Tower, has risen so high above the New York skyline that I can see it cresting the horizon from my home, 12 miles west of Manhattan. If you get up close, it’s possible to peer into the memorial’s somber reflecting pool to read the names of those who died on that fateful day.

But you’d have to look even deeper to see how what happened on 9/11 continues to shape our history as a nation and as a family.

You could see it on a Friday in early February if you happened to be in the Annadale section of Staten Island and you came upon several fire trucks parked on a street where there was no fire. Inside a funeral home there, an honor guard of the Fire Department of New York stood before the casket of Lieutenant Martin Fullam, 56, who had died a few days before of what one doctor said was “without doubt the worst case of World Trade Center lung disease ever seen.”

Near the casket, you’d have seen Fullam’s wife, Tricia, on the receiving line along with their three daughters, Kelly, 22; Caroline, 19; and Emma, 11. Caroline, a sophomore pursuing a Program of Liberal Studies major at Notre Dame, had just flown in from South Bend with a friend from the McGlinn residence hall.

Standing there, Caroline was asked repeatedly “How are you doing?” and over and over she said she was fine. Her dad had been fighting bravely against the diseases that ravaged his body since 2005, and her memories of him before illness took hold were being crowded out by images of medications, wheelchairs, oxygen tanks and telephones ringing late at night.

“When everyone kept asking me if I was okay, one of the first things going through my head was what my dad had gone through all those years,” Caroline recalled in a telephone conversation a few days after she returned to campus. “He showed how we can be extremely surprised at what we can put up with, how we have the strength to do so much more than we think we can.”

When I first interviewed Marty Fullam in 2009 for my book City of Dust, he had just undergone a lung transplant. After doctors removed his severely damaged lung, they found shards of fiberglass and other debris that had come from the collapsed twin towers. Even though that September 11 had been a day off for him, Marty had thrown on a uniform, kissed Tricia and the girls goodbye, and took off in his own truck, picking up other firefighters who lived on Staten Island and rushing down to the ferry terminal to take them across the harbor to Lower Manhattan.

Though he always seemed uncomfortable with the label, Marty proved he was a hero that day, rushing toward the hellish scene while others ran away from the smoke and fire. He believed there were lives still to be saved, and that was far more important than worrying about his own health. As I wrote in my book, he ran toward Ground Zero “with nothing covering his face but a look of determination.”

“I knew better,” he told me during one of our many interviews. But worrying about whether he had sufficient protective gear seemed selfish to him. “To stand around and wait for somebody to tell you to put on the right mask or use the right cartridge, while maybe somebody’s laying there still alive . . . it just didn’t make sense.”

Nearly every firefighter in New York put in time at Ground Zero, including Marty’s younger brother David, who didn’t have much respiratory protection either but grabbed a hardware-store dust mask on the way to the horrific scene. And in the following days, David’s fire company stopped at a depot to pick up protective gear before reporting to Ground Zero. Marty, on the other hand, kept driving straight to the smoking ruins.

Although safety experts say wearing a mask was no guarantee against the toxic dust, David has not gotten sick.

In all, as many as 60,000 men and women may have worked on the pile. Well over 100 medical studies have been done on them, but a great deal of uncertainty about linkages between the dust and disease remains. The city lost 343 firefighters when the towers collapsed on September 11. Since then, hundreds more have left the job, too sick to work. There is now a presumption within the department that certain illnesses are linked to Ground Zero, including the pulmonary fibrosis and the polymyositis, an autoimmune disease, that brought down Marty. The firefighters have no proof that these diseases were caused by exposure to the dust, but they believe it to be so. For them, the connection has become a matter of faith. 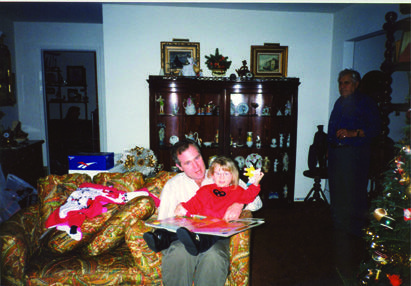 Marty Fullam was given a line-of-duty funeral, an honor reserved for those who die doing their job. More than a thousand uniformed firefighters came to the funeral, and for Caroline Fullam that sea of blue was a testament to her father’s heroism.

“Dealing with the death of anyone close to you is always difficult,” she said with maturity beyond her years. “What makes it easier is seeing the impact my father had on people. They held him in such high esteem.”

For a hero, Marty was incredibly humble. Tricia told those gathered at Our Lady Star of the Sea Catholic Church that her husband never felt entitled to anything he hadn’t earned, a sentiment so strong that during his long illness he never even applied for a handicapped parking permit. When he went to the fire department clinic in Brooklyn, lugging his oxygen tank, he would wait his turn. That is, until the doctors and the other firefighters insisted he jump to the head of the line.

Getting deathly sick forced Marty to change some of his ways, and he finally opened up. “He needed people,” Tricia said, “and rather than resent this need, he loved it.”

She said he also developed a greater need for God, and he asked her to pray with him. “His was not a prayer of desperation, asking for a miracle,” she told the crowded church. Rather, it was a prayer of thankfulness. “He spoke to God with a heart filled with thanks for the silver linings his trial abundantly provided.”

Two years ago Marty told me how thrilled he was that Caroline had been accepted to Notre Dame and how he longed to visit her on the campus he’d never seen except in the movie Rudy. Caroline and her mother sent photographs when Caroline moved in, and she planned to take him to see the Golden Dome and to light a candle at the Grotto when he was strong enough to visit.

Marty never made it to South Bend.

Tricia said it was enough for him to know that Caroline was at Notre Dame and was being taken care of there by a new family. When she came back east for her father’s funeral, a friend from McGlinn stood with her through the wake and funeral. Caroline told me that her father’s struggles with disease showed her how even the greatest hardships can enrich a life.

I heard essentially the same thing when I talked to Tricia after the funeral, and it initially struck me as odd. Despite the family’s trials — and there were many through the illness, the first transplant, the disappointment when his new lung began to fail, the frustration of searching for a medical center willing to perform a second transplant and, finally, the crushing resignation that nothing more could be done — despite all that, she said that what she will remember most are the blessings of those times.

“What I mean is that these circumstances caused him to be exposed a lot more to groups of people,” many he would not have met otherwise, she said. “And some of those people have stuck long and hard with us.”

Dr. David Prezant, the FDNY chief medical officer, was one of those special people Tricia was talking about. He took over Marty’s care in 2005 and stayed with him until the end. In 2010, Marty insisted on testifying before a Congressional committee about the need for healthcare funding for 9/11 responders. When he collapsed in his Washington hotel room before his scheduled appearance, Dr. Prezant, who had accompanied Marty to D.C., rushed in and stabilized his breathing. He wanted Marty to go to a hospital. Marty insisted on testifying. And he did, an oxygen tank at his side.

“The way he lived his life is a gift to us all,” Dr. Prezant told those at the funeral. Fire Commissioner Salvatore Cassano added, “Marty is an inspiration to all of us.”

Lieutenant Martin Fullam became a hero for the way he lived and for the noble way he faced death. Several monuments throughout New York commemorate 9/11 and the incredible heroism the world witnessed that day. Marty’s name undoubtedly will be added to some of them. But Tricia said she doesn’t think that would have been important to him.

“What was important was the way he chose to walk through all this,” she told me. Rather than dwell on the misery, Marty Fullam celebrated each additional day he had to be with his girls and was thankful for each labored breath he was able to take. When he was released from the hospital after his lung transplant, he told reporters, “I truly think I’m the luckiest person in the world.”

And, even though he would never say so, a real hero.

Anthony DePalma, a former visiting fellow at Notre Dame’s Kellogg Institute for International Studies, is the author of City of Dust: Illness, Arrogance and 9/11. A frequent contributor to Notre Dame Magazine, his most recent article, “The Sacred and Secular at Ground Zero,” appeared in the autumn 2011 edition.