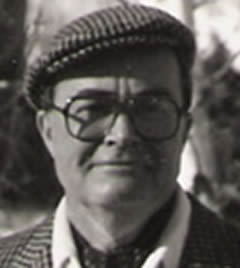 Bob Burns and I were born within three weeks of each other: he in Newark, New Jersey, I on a farm in southern Ohio. That was in 1927. Understandably enough, our paths didn’t cross for many years. In 1957, however, Bob took a position in Notre Dame’s history department, in which I was then a graduate student.

Since graduate students didn’t socialize very freely with members of the faculty, we didn’t get well acquainted right away. But after I, too, joined the faculty, we saw each regularly. Over time, I came to appreciate what a remarkable person Bob was, and we became close friends. The thing about him that impressed me most was his zest for life, his adventuresome spirit. He was always ready to try something new, to accept additional responsibilities, or to respond to the needs of others.

On the academic side, that translated into activities over and above his teaching European history to undergraduates and mentoring graduate students in his specialty, Irish history. He served for a time as acting editor of the The Review of Politics, as acting director of the Medieval Institute, and ultimately as acting dean of the College of Arts and Letters, where he had come up through the ranks as assistant dean and then associate dean.

As an administrator, Bob believed in the hands-on approach. He wanted to get the job done, and had little patience with bureaucratic niceties. Thus in setting up the London program — the accomplishment of which he was most proud — he personally took care of the nitty-gritty organizing that has made it possible for hundreds of Notre Dame students to live and study in a city he loved.

Bob was always a great talker, a quality his friends appreciated most when he vented his frustration with individuals (or departments) causing problems in the dean’s office. He enlivened many a faculty club luncheon with these tidbits, but we always knew his dire threats of retaliatory action would never be carried out. Bob simply didn’t have a vindictive bone in his body and he never nursed a grudge.

At our lunches, he learned by listening, too. Most notably, his curiosity was aroused when M.A. Fitzsimons, a senior colleague whom he greatly admired, reminisced about having led a protest against a breach of academic freedom at the University.

Researching that episode — which set off a storm of adverse publicity in 1943 — got Bob started on what eventually became his fascinating two-volume history of Notre Dame.

Outside the academic sphere, Bob was always trying new things. He was a Coast Guard veteran, and on arriving in South Bend he bought a small boat, christened it The Sturdy Beggar, and took up sailing on Eagle Lake. Later came flying lessons, which he pursued successfully — but not to the point of buying an airplane! To handle maintenance problems in a newly built house, Bob took courses in plumbing and heating at IVY Tech.

He continued to employ those skills at the much-loved beachfront cottage in Seabrook, New Hampshire, that he purchased in the 1960s — a wise investment that paid for itself many times over while also serving as the family’s perennial vacation headquarters.

Bob’s generosity of spirit matched his zest for life. He always wanted others to share in the pleasure he found in new experiences. And many are the things I have done, and places I have been, on his invitation. My life, like that of countless others — and of the University itself — has been enriched by Robert E. Burns. Long may his memory be cherished at Notre Dame.

Professor emeritus J. Philip Gleason taught American history at Notre Dame from 1959 until his retirement in 1996.