It is said of Henri Gaudier-Brzeska, a French artist and sculptor who died in the trenches of the Western Front during the First World War, that his feel for stone was so intimate and sure that he once was able to escape prison by pulling apart with his bare hands the 8-foot-thick walls of his cell. 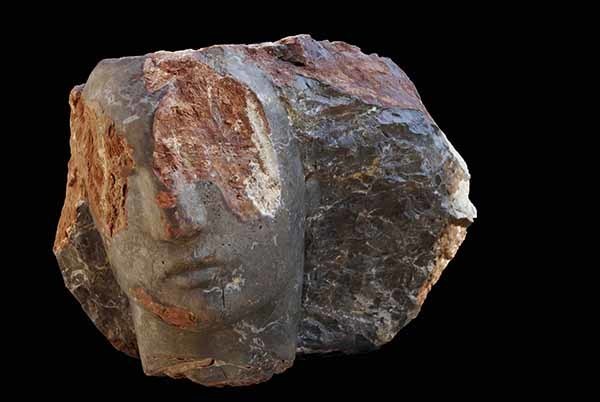 Some 50 years ago the story of Gaudier’s escape caught the imagination of a young poet named John Matthias, who fashioned it into a parable that appeared in his first book, Bucyrus.

“So then Gaudier,” Matthias wrote, “Gaudier choosing craft and consciousness, choosing freedom. So then Gaudier — Gaudier refusing to be enslaved by refusing to know, Gaudier refusing imprisonment. But they tried, the governors and their jailors, they tried, the governments and jailors unconscious and therefore unfree, to jail, in the war, this conscious spirit, this Gaudier. But Gaudier loved freedom, and because he loved freedom learned craft. Because he loved freedom learned craft so perfectly that he became a craftsman of genius. And his medium was stone. Stone were the jails of the governments and the jailors. Stone was his medium — a genius with exquisite perfectly controlled and controlling hands. Free hands. Free because they knew craft.”

Extolling and often exemplifying such craft at the service of freedom, John Matthias has fostered generations of poets and lovers of poetry at Notre Dame since joining the faculty in 1967. He has taught courses in modern British and American poetry, poetics, creative writing, and the theory and practice of translation; along the way he has published some 30 books of poetry, translation, criticism and scholarship. His poems have been translated into 10 languages, and he continues to serve as editor at large for the Notre Dame Review.

The Notre Dame of the 1960s was a good place for poetry, Matthias says. Ernest Sandeen was teaching and writing; Peter Michelson, another poet on the English faculty, was reading his work to packed auditoriums; Henry Rago ’39M.A., ’41Ph.D., who had studied philosophy at ND, was at the zenith of a 14-year long career as editor of Poetry magazine, and Matthias remembers one morning when he found in his mailbox a book of poetry by John Engels ’52 “with a note from him enquiring, ‘Who, now, is writing poetry at Notre Dame?’”

Many were and still are. Joyelle McSweeney and Orlando Menes are poets currently in the writing program, which has been distinguished in the past by faculty such as Sonia Gernes and students including John Phillip Santos ’79, Beth Ann Fennelly ’93, Robert Archambeau ’95M.A., ’96MFA, ’96Ph.D, Jenny Boully ’02MFA, Francisco Aragon ’03MFA, Joe Francis Doerr ’98MFA, ’00M.A., ’03Ph.D. and Kevin Ducey ’04MFA.

In his decades at Notre Dame, Matthias has encountered “some of the most gifted, kindest, most outrageously challenging people I’ve ever known. . . . For many, poetry has been at the center of their lives.”

Matthias, his wife, Diana, and a group of these friends and colleagues have recently undertaken a project to memorialize and celebrate the last half-century of poetry at Notre Dame by purchasing for installation among the Hesburgh Library’s growing number of public artworks a sculpture, Lethans, by Emily Young. Other works of the British stone carver appear in such prominent London venues as Saint Paul’s churchyard, Kew Gardens and along the approaches to Tate Modern.

Rick Fitzgerald ’72, vice president and chief development officer at the College of Physicians on Philadelphia, is among the poetry sculpture project’s most enthusiastic proponents. “In 1969, as a sophomore at Notre Dame, I joined John Matthias’s Poetry Writing Workshop and everything changed,” he says. “I know I was not alone. Two or three generations of Notre Dame writers were deeply influenced by John’s passion and beliefs.”

A few years ago, at Matthias’ suggestion, Fitzgerald visited Young’s London studio and marveled at her “medium and massive stone faces, seemingly emerging from rock for the first time. Here was an artist committed to understanding the relationship of nature to mankind.”

Young’s aesthetic evokes the spirit of the Gaudier legend, the spirit of craft in the service of freedom with which Matthias and his friends have sought to infuse the making and teaching of poetry at Notre Dame.

“I protest, in stone,” she has written of her chosen craft. “I want people to imagine what we will look like to posterity, how we would judge ourselves if we had such vision, and what we would do differently now: I want to speak down the years and tell the future of that bit of its past that was us — about what happens in our hearts now — about our surprise, our fear and sorrow, and shame — our apology. These pieces can be seen as memorials to a lost future, to lost wildernesses, to lost innocence; to the pointlessly, needlessly dead. And also they can be testaments to our desperate dream, to somehow make it better again — that I am, we are, sorry, angry, forlorn, for the Earth and for ourselves.” Matthias likes the sound of that.

And so does another Matthias protégé, Rob Snyder ’84, most recently the co-founder of Stream Energy in Dallas. Snyder can almost recite the parable of Gaudier-Brzeska from memory, although it would be more accurate to say he knows it by heart. “I arrived at Notre Dame with a curiosity about poetry which the teaching and example of John Matthias set afire,” Snyder says. “What was at first an interest has become a lifelong love affair. Knowing John Matthias has changed my life.”

“I think we’ll name her Lethans as Muse,” Matthias says. “Lethans is an Etruscan goddess, who, when she arrives at Notre Dame becomes also a muse.”

Michael Garvey retired in 2016 after 35 years in media relations at Notre Dame. Rob Snyder has pledged a $50,000 matching gift to the University of Notre Dame/Hesburgh Library Sculpture Fund supporting the Lethans project.