I’ve never owned — nor even wanted — a cell phone. Twitter, Facebook, Snapchat, Instagram and other cyber inventions spark no interest in me either, let alone participation.

People made aware of my abstinence in telephonic mobility and my antisocial behavior with social media usually react in disbelief. 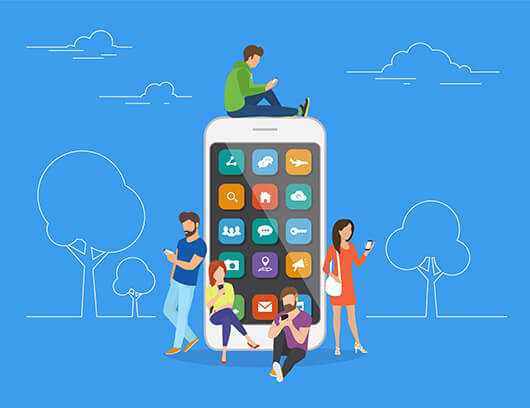 “You’re kidding, right?” some inquire when informed that my home phone and office line constitute my links to the outer world. Others wink and promise not to tell anyone else my cell number, because nowadays everybody — well, nearly 95 percent of adults — carries at least a dumb flip phone, if not a so-called smart one.

Not long ago, when a prominent journalist was coming to Notre Dame for a lecture, his assistant requested the best number to contact me in case of a travel emergency. I’m sure she still thinks I was fibbing when I told her that the office landline would have to suffice.

No doubt many people view the situation as lamentable confirmation of academic eccentricity or, more accurately, oddball idiosyncrasy.

I don’t care. Fielding email is as far as I wish to go in penetrating the mysteries of advanced communication.

A few weeks ago, a talkative former student turned speechless when I revealed my cell phone virginity. “How do you get texts?” he wondered. When I responded that I’d never received a text, he acted as though he was re-assessing his judgment of an erstwhile teacher.

I never try to hide my aversion to contemporary forms of communication, though some people worry that such a detached soul can’t presume to be au courant with the world without the new gadgets or sophisticated apps.

Their sympathy and solicitousness notwithstanding, I reassure young and old alike that keeping up isn’t the problem. Coming to terms with what’s happening and arriving at open-minded understanding are for me more salient concerns. But that’s a lecture for another occasion.

Despite my stubborn reluctance to embrace modernity, I recognize the professional value of Twitter, Facebook and other social networking platforms to journalism today. Three cheers for scoops and breaking news bulletins, however they arrive.

But, as we now know well, Twitter can also become an incendiary weapon under the thumbs of provocateurs for whom truth takes a backseat to impulsive eruptions. Many 140-character blasts of bile strike me as triumphs of technology over common sense.

What’s the purpose? Why the outbursts of outrage or of unfounded opinion? Who benefits?

Increasingly, though, it’s becoming impossible to escape the reach of our wired time. On a recent trip to Iceland, I wanted to check email at a Reykjavik café but quickly learned that a Facebook account was mandatory for Internet access. On the spot, I joined.

Since that fateful day, I’ve neither created a profile nor posted a single item. The absence of an iota of information hasn’t stopped Facebook from sending twice daily emails with this warmhearted beckoning: “Robert, you have more friends on Facebook than you think.”

Every so often, I glance down the list of “Friend” requests. More than 95 percent qualify as complete strangers. Yet to click “Remove” could be interpreted as unfriendly, maybe even cruel, so I let the list swell without marking a name. Whenever someone asks if I’m on Facebook, I say, “Well, not exactly.”

To confess the rejection of so many means of contemporary communication probably makes me a 21st century Luddite — a kindred soul to the early 19th century opponents of the new machinery of industrialization. So be it.

Candor, however, compels acknowledgment that this cocoon-like condition can create the occasional problem and darkened musing. Have you looked for a pay phone at an airport lately? I can authoritatively report it’s becoming difficult without mobile technology to contact someone, especially a driver designated for pick-up duty, upon arrival in a faraway city.

Then, there’s a premonition that my obituary might begin with the fact that one of the last people in America to shun possession of a cell phone froze to death after his car skidded off the road in a northern Indiana blizzard. Police said the deceased might have survived by dialing 911, according to this foreboding specter.

Ridiculous? I suppose so. But one can fantasize about the reports of one’s demise, the news often being a publicized oddity that inverts the customary.

As I look around on campus and elsewhere at people talking with abandon or tapping feverishly on their devices, an uncharitable thought often recurs: Never have so many communicated so much about so little.

That’s their choice. Like them, however, I want the media and their messages on my terms and at my speed.

Freedom, a sage once said, is the right to say no.

Robert Schmuhl is the Walter H. Annenberg-Edmund P. Joyce Professor of American Studies and Journalism at Notre Dame, where he’s taught since 1980. He’s the author of Fifty Years with Father Hesburgh: On and Off the Record (Notre Dame Press).