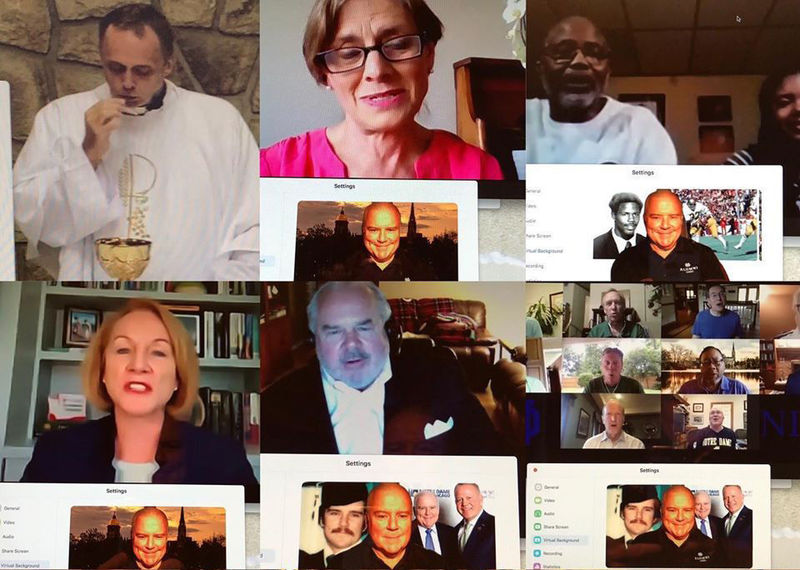 A virus canceled their 40th reunion, so they went viral instead. The Class of 1980 recently hosted what’s believed to be Notre Dame’s first-ever virtual reunion. Jim Murray ’80 captured the screenshot above from the event that convened 250 classmates via Zoom. The evening included a class Mass, a nostalgic video, remarks from Seattle mayor Jenny Durkan ’80, National Immigrant Justice Center executive director Mary Meg McCarthy ’80 and former Fighting Irish running back Vagas Ferguson ’80, culminating with renditions of the “Victory March” and the “Notre Dame, Our Mother” by former Glee Club members. Alas, technology does not yet support virtual beer tents, so the celebration was strictly BYOB.