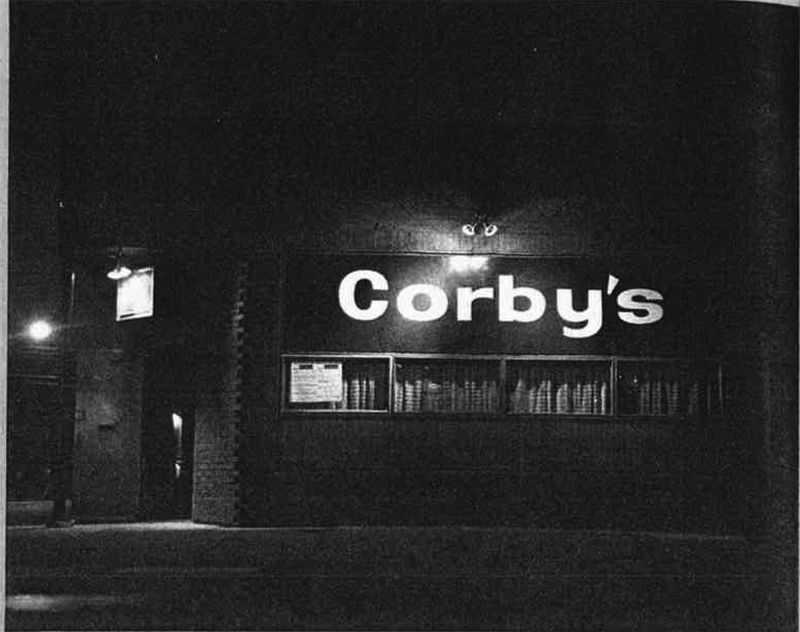 Editor’s Note: In 1980, Jim Winters chronicled the long goodbye among a group of graduating friends who wanted to linger just a little longer. This wistful reminiscence — a look back to times, and places, now long gone — is our latest Magazine Classic.

It was two o’clock on a Tuesday morning. They had been alumni for 36 hours, but they were not quite ready to acknowledge that fact. Not yet: not while they still could cling to the illusion that this life they had built would last forever. And so they drowned another round of Michelob (the supply of Heineken and Molson being long since spent) and began the last hour in which they still could claim they belonged to Notre Dame.

This last hour began in Corby’s, a tavern separated from Notre Dame by a mile in distance and a light-year in ambience. Oscar, Corby’s fat bartender, was opening brown bottles at the bar’s south end and talking to Allare, who was not listening to him. Allare didn’t want to hear how great it would be working at Corby’s in the summer, when they didn’t open till nine; he didn’t want to hear about summer at all. Summer meant hauling people’s furniture and living at home and that was not what he was made for. He was born to be a college senior, to do nothing in moderation, to drink Heinies and smoke cigars and play rugby and abuse Chuckie, his one-time roommate and favorite foil, who was already at home in Morton Grove working as “the oldest living caddy.”

They had called Chuck earlier that night, and they had abused him as usual, and he had laughed as usual. Laughter came readily to him. And before they hung up, Tex, another roommate, took the phone and talked a while and said to Chuck, “I wish you were here, man.”

Tex was the thoughtful one, the placid one. As a freshman, he was always telling people to “lighten up,” and he himself lightened up regularly, often to the point of sleep. He possessed an impressive gift for procrastination and an excessive enchantment with Rodney Dangerfield, and he was probably quoting Rodney now to Mary, a girl he had met only a month before.

Mary was unfamiliar with the ways of this tribe, and so Tex told her all about Allare and Chuck and Phantom, who Tex had thought was the funniest guy in the nation until he realized that Phantom had three weeks’ worth of stories which he recycled over three years. And Harry, the wordsmith, who had coined “What a dude you are” and other all-purpose phrases. And Bowman and Coyote, Chrissy and Unis, and others and others and others.

For weeks now, they had been working hard at going in style, golfing until dusk and drinking until dawn, roasting a lamb for their parents, singing “Seven Drunken Nights” and “The Wild Rover” and an anthem of graduating seniors, “My Way.” Tonight, most were drinking a bit slower than usual. In the end, they didn’t want the beer to do their talking for them.

At a quarter to three Oscar yelled out “Last call!” and flashed on Corby’s lights, which do not flatter the place. Somebody noticed that Bridget McGuire’s was still open, and so they crossed the street to see if they could hang on a while longer.

Allare left with them but did not go in, choosing instead to lean against Bridget’s north wall with his hands in his pockets, staring at the parked cars and the houses beyond, seeing nothing. “I can’t even get back in here for an MBA,” he grumbled. “The admissions office isn’t going to make this mistake twice.” After a while he added, “I hate these f---ing long goodbyes.”

In minutes, Tex and Mary and Coyote, and Jeannie and Harry and the rest walked out Bridget’s door and toward their cars, which still were parked in Corby’s craterous lot. They crossed South Bend Avenue slowly in the grey light, knowing they had nothing left to do, except to sum up and say good-bye.

They shook hands and assured one another that all this was just a beginning, that friendships can last for lifetimes. They had said it all before in these waning weeks, and for a few it might even turn out that way. Anyway, it seemed right to say it again, just then. This was a ritual, and rituals need endings, and that was as fine an ending as they could have wanted.

Jim Winters joined the magazine staff shortly after graduating in 1977 and left as managing editor in 1985, moving to his native Chicago where he continued his journalism career.