If you really want to connect with your girlfriend, Owen Smith ’95 tells men in his Good Luck Eveybody standup comedy special, forget about sending her an X-rated photo of yourself. Instead: “Text her a picture of you — listening.” 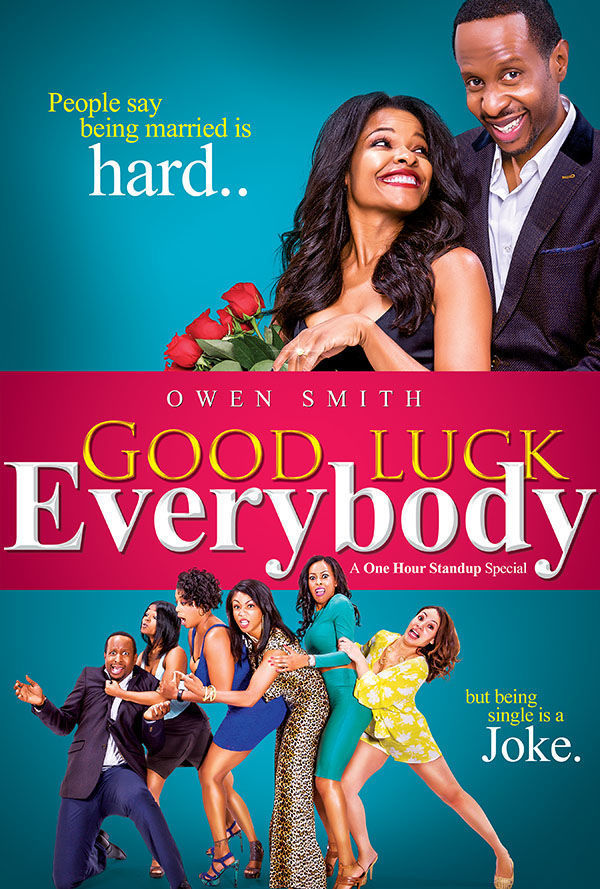 That clever advice drew lots of laughs at Smith’s show at the M.i.’s Westside Comedy Theater in Santa Monica, California, where romantic relationships were the theme of the evening. That’s because the rocky road of the search for love was on the mind of the comedian, who had finally, happily, found “the one.”

In this special about “a modern-day bachelor’s journey through singlehood,” says Smith, “I’m basically telling all the horrible dating stories I can never tell again, and this relates to anyone who ever tried to find love.”

And when he speaks of “horrible dating stories,” the blame goes both ways, for Smith does fess up to some of his romantic misdeeds. But he’s really not a bad guy, he says. “Sometimes I feel like Nat King Cole in a Lil Wayne world.”

Something else is special about this 58-minute special, which was shot over two nights in November 2014: It was recorded entirely on iPhones — 10, to be exact. This move prompted comic Chris Rock to declare the show “The best iPhone Comedy Special of all time.”

Smith also touts the advantages of the iPhone, whose camera, he says, “is so good now I knew I could achieve the same level of quality as any top comedy special.”

That plug seems only fair, as following the shoot Smith returned all the iPhones to the Apple store and got his money back.

The comedian considers his DIY special a bit of a game-changer, since he was able to bypass the usual industry routes to produce the show. “I had something to say and I didn’t want to fight through the conventional Hollywood channels to say it,” Smith notes on his website.

Additionally, he explains in an email, “The audience was not instructed by anyone to laugh or clap at my jokes. Good Luck Everybody gives the viewers an organic look at what a night in a Los Angeles comedy club is like.” And the risqué tone might not be for everyone.

The show was executive produced by Smith, Barry Katz and Ralinda Harvey-Smith, the “good woman” Owen married in July 2014. “She wants to be my best friend,” Smith says of his wife in the special. “Is that normal?”

The “ode to the hilarity of love, dating and relationships” can be downloaded for $5 at the comedian’s website or through goodluckeverybody.vhx.tv and vimeo.