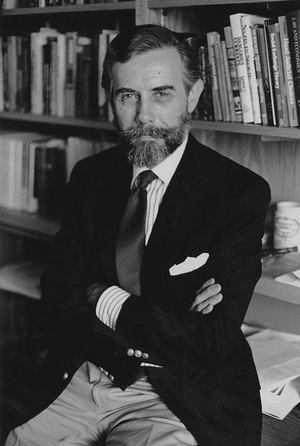 For many years before he died on October 2 at the age of 82, Edward a. Goerner and his family lived in The Lilacs, a pale yellow brick house built in 1889 for a Notre Dame professor at the corner of Notre Dame Avenue and Napoleon Boulevard, which Goern- er had restored in the late 1960s.

Residence in that house so redolent of University history seems particularly appropriate for “a Notre Dame loyalist to the bone,” as his friend and fellow emeritus professor of political science, Donald P. Kommers, described him.

Goerner first came to Notre Dame as a student when Frank Leahy was the head football coach, and the conviction he formed then — that Leahy was the greatest coach in Notre Dame’s history — was sufficiently durable and fervent to be included in Goerner’s South Bend Tribune obituary. That sort of ardor informed everything about him. After his graduation and three years of service in the Navy, he earned a doctoral degree from the University of Chicago in 1959, taught for a year at Yale and returned to Notre Dame as a teacher because, as he told an editor of The Dome, “more interesting things were going on in the Notre Dame government department.”

There Goerner developed a course on political theory in which Hobbes’ Leviathan, Rousseau’s Social Contract and Plato’s Republic were closely read and richly explicated in an unmistakable Brooklyn accent by a lecturer whose theatrically dapper attire (well-cut tweed suits, silken ascots and, occasionally, a cape) and baritone eloquence were matched by a searing commitment to capital-T Truth.

No less a scholar than a teacher, Goerner wrote numerous articles and essays as well as a book, Peter and Caesar, on church-state relations. He also served for many years as associate editor of Notre Dame’s The Review of Politics. But his principal interest was always in those hundreds of students he welcomed into his office and home. He respected them as junior colleagues, and they knew it. One of them remembered Ed Goerner as “one of those unique individuals you can build an education around.”

At least 24 of them did just that. In a post on this magazine’s website shortly after his death, Goerner’s former students praised their late mentor as “a storyteller with a keen sense of history, a vast knowledge of comparative systems and cultures . . . [who] developed lectures that tugged at the minds and souls of his students. In them, historical detail danced in service of theoretical insight, fact informed value, theater conspired with philosophy. He embodied the intellectual and ethical virtues that he taught, a Christian who lived a life in service of others.” The signatories were political scientists holding doctoral degrees from all over the world of higher education.

“The political philosopher,” Goerner once said of their shared vocation, “would not, as do power politickers, assume that it is inconceivable one might die, like Socrates and Jesus, for something noble.”

Surely all would agree that Edward A. Goerner lived and died every inch the political philosopher. 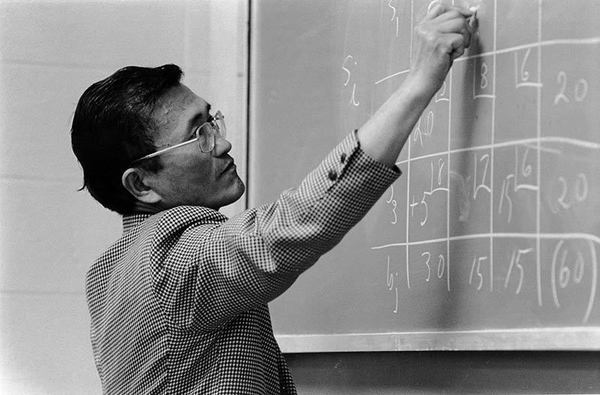 Byung T. Cho, a professor emeritus of management and a specialist in business and economic statistics remembered as a demanding instructor and devoted mentor to two generations of Notre Dame students, died October 15. He was 86.

Born in Korea during the repressive period of Japanese occupation between the world wars, Cho began his university studies in Tokyo and was conscripted into Japan’s military, postponing the completion of his bachelor’s degree in Seoul until the end of the Second World War. He moved to the United States for graduate school at the universities of South Carolina and Illinois, mastering English along the way, and joined the Notre Dame business faculty in 1966. Fluent in both Korean and Japanese, Cho would resolve his personal experiences of the often bitter tensions betweeen those two cultures at Notre Dame. Noted for his kindness and generosity to all his pupils, Cho especially reached out to Korean and Japanese students and served both as faculty adviser to the Korean Students association and as principal of South Bend’s first Korean-language school.

Some students fondly remember Cho, whose scholarship focused on forecasting and decision-making under uncertainty, as a scourge. Present at the creation of Notre Dame’s MBA program in 1967, the new professor gave statistics exams that kept some degree candidates in their Hurley Hall classroom for up to eight hours. 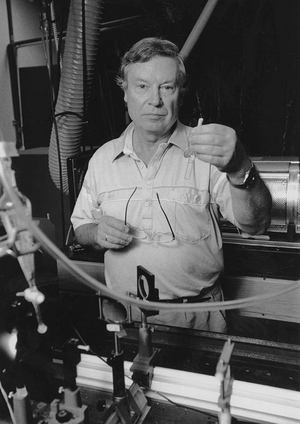 An internationally renowned authority in radiation and physical organic chemistry remembered by colleagues as “a gifted scientist and an attractive teacher,” Klaus-Dieter Asmus left his native Germany and a prestigious 21-year career at Technical University Berlin to become the fourth director of the University’s Radiation Laboratory in 1995. The personable emeritus professor of chemistry and biochemistry who loved soccer, dancing and 19th century Russian composers returned to Germany after he retired in 2005. He died in Berlin on October 6 at age 74.

Asmus’ tenure at the prominent, federally contracted “Rad Lab,” the centerpiece of Notre Dame’s strength in radiation chemistry since 1949, spanned an effective if brief three years. He brought with him expertise in the oxidation of simple amino acids and an interest in studying the effects of ionizing radiation on biological systems, particularly the consequences of radiation damage on living organisms and the aging process. After stepping down as director in 1998, Asmus turned to full-time teaching in the Department of Chemistry and Biochemistry and to the cultivation of promising younger radiation scientists and research networks at Notre Dame and in Europe.