Conrad L. Kellenberg, a fixture on the Notre Dame Law School faculty from 1955 until his retirement in 2005, died April 8 at age 88. He was known for greeting colleagues in the hallways by repeating the word “Hello” at three different pitches. “As if to show he meant it,” said Fernand “Tex” Dutile ’65J.D., emeritus professor of law and a former student of Kellenberg’s. 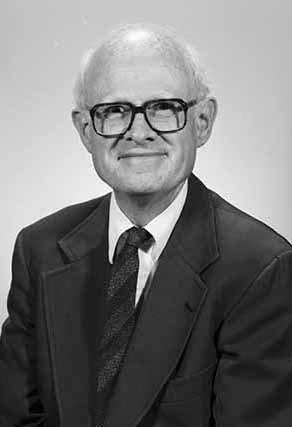 He taught a wide range of subjects and served from 1965 to 1967 as founding director of the law school’s Neighborhood Legal Services Program, now the Clinical Law Center. In 1968, Kellenberg became the first director of the Notre Dame London Law Centre, which remains the only full-time international branch of an American law school.

Kellenberg was among the law faculty members who helped rewrite South Bend’s housing regulations during the Civil Rights era. His ongoing commitment to such service is reflected in the Conrad Kellenberg Award, presented annually since 2005 to the law school graduate who devotes time and effort to providing community assistance.

Survived by his wife, Catherine, their five children and 13 grandchildren, Kellenberg was remembered by Charles K. Wilber, professor emeritus of economics, as “the perfect exemplar of the gentleman and scholar.”

Brother Clarence J. Breitenbach, CSC, died April 15 at age 89, after decades of service as supervisor of maintenance at Moreau Seminary and all the Holy Cross province facilities in the Notre Dame area. Among his tasks: digging the graves at Holy Cross Cemetery, where he buried many friends and found his work among the headstones to be life-affirming.

“I knew practically all the men who are buried there, and it’s almost kind of like a visit when you mow and you see these names, and they hit you right off the bat,” Breitenbach said in a 2007 Notre Dame Magazine article. “It’s very far from depressing.”

Entering the Sacred Heart Novitiate in South Bend in 1952, he was among a group who went that year to a new location in Jordan, Minnesota. He remained there for 14 years, building a reputation not only as a “great man of prayer,” as his South Bend Tribune obituary noted, but as an excellent softball and hockey player.

He moved to Moreau Seminary in 1966 and later to Holy Cross House, tending to the community facilities and digging graves for friends whom he now rests alongside.

Rev. Virgilio P. Elizondo, a member of the Notre Dame faculty since 2000 and a leader in scholarship on Mexican-American theological culture, died March 14 in San Antonio, Texas, where he was born and spent most of his life. He was 80. 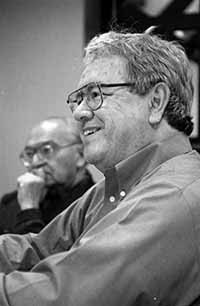 A parish priest and later the San Antonio archdiocese’s director of education, Elizondo came to prominence in the early 1970s when he spoke out in support of the area’s exploited Mexican-American workers. He founded the Mexican-American Cultural Center at Assumption Seminary in 1972.

Elizondo’s scholarship, which helped shape U.S. Latino religious thought, included books such as The Future Is Mestizo: Life Where Cultures Meet and Galilean Journey: The Mexican-American Promise. He received the Laetare Medal from Notre Dame in 1997, three years before joining the faculty as a professor of pastoral and Hispanic theology. 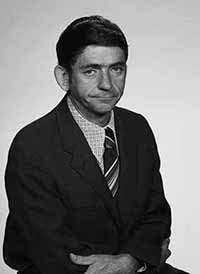 Paul R. Chagnon, a professor emeritus in physics who retired in 1995 after 32 years of teaching and conducting research in the nuclear group, died March 22 at age 86. Chagnon’s commitment to physics at Notre Dame was such that the department’s annual award to a graduating senior bears his name. After graduating in 1950 from Holy Cross College in Worcester, Massachusetts, Chagnon earned a doctorate from Johns Hopkins and taught at the universities of Michigan, Northwestern and Boston before coming to Notre Dame in 1963.