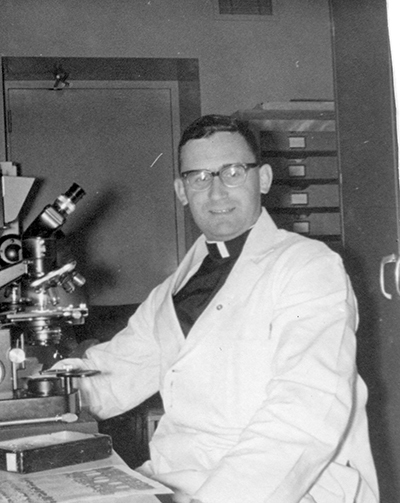 McGrath, professor emeritus of biology, taught numerous botany courses and also served as a dorm rector, chaplain of the Notre Dame Fire Department and as a parish priest in Dowagiac, Michigan.

He was a liaison to the architects of the Galvin building’s design and construction. His fundraising, through vending machine sales, led to the development of the St. Joseph beach. And a plaque in the Jordan Hall of Science greenhouse, of which he also consulted on the design, commemorates McGrath as “Keeper of the Plants.”

To his former student Brian Burke ’77, ’79M.S., McGrath — or “J.J.,” as students called him when he was out of earshot — was “a mentor, a jack-of-all-trades, a fountain of ND knowledge, a servant of the people.”

Burke recalled scoring an 86 on an exam in McGrath’s class but receiving an F. The letter grade, more than the percentage, reflected the teacher’s evaluation of the student’s failure to live up to his potential. McGrath waved away Burke’s protests about the grade, but they made a deal that would allow the F to be erased.

“What did you learn from this?” McGrath asked.

“That your classroom is not a democracy,” Burke said, a correct answer and a life lesson that McGrath advised him to remember in his professional life.

McGrath’s impact lasted long past Burke’s college days. The priest officiated at Brian and Karen’s wedding, and baptized the couple’s three children, each now Notre Dame graduates who became “hooked” on the school after a Corby Hall lunch with McGrath, who introduced them to Father Theodore M. Hesburgh, CSC.

Brother Louis Hurcik, CSC, did not learn to swim until he was an adult, but for decades afterward he taught Notre Dame students how. The longtime swim teacher, CPR instructor and director of the Rockne Memorial died September 23 at age 83. 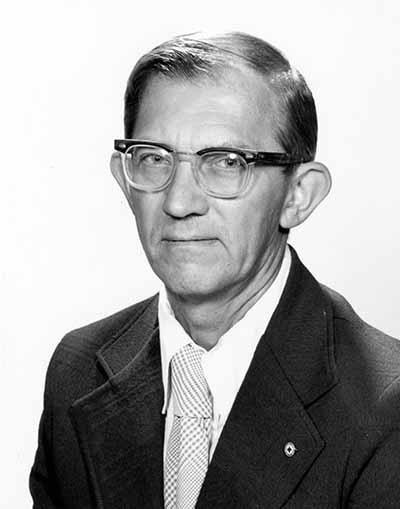 The Notre Dame Alumni Association honored Hurcik in 2010 with its Dr. William B. Sexton Award for service that “exemplifies the spirit of the University.” The American Red Cross of St. Joseph County recognized him for more than three decades and 25,000 hours of volunteer work as a lifeguard, and water safety and CPR instructor.

Hurcik began working for Notre Dame’s physical education department in 1970 after years of service as Sacred Heart’s assistant sacristan and as a staff member of the magazines Catholic Boy and Catholic Miss, published by Ave Maria Press.

Although he officially retired in 2008, Hurcik continued to work as webmaster for University Health Services.

In the journalism courses he taught, F. Richard Ciccone ’61 “would tear us apart,” Sarah Childress ’03 told The Observer. Former students came to appreciate the high standards that the longtime Chicago Tribune reporter and editor imposed. 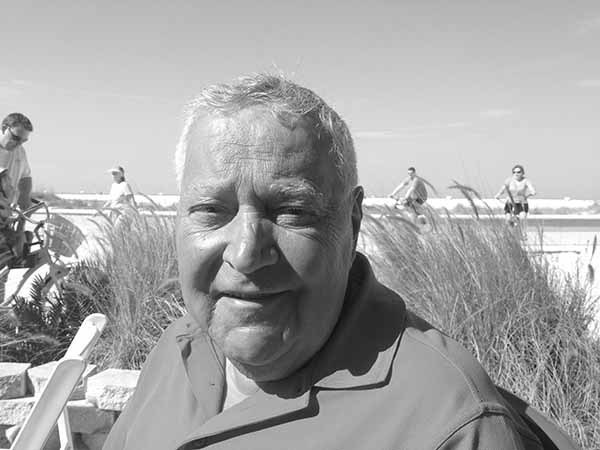 After Ciccone’s death November 2 at age 76, they remembered him fondly. Those who put the principles they learned from him to professional use as journalists were especially grateful for his strict instruction.

“It was terrifying and he was ruthless, but you learned from that. . . . When he actually liked something, that stuck with you, too,” added Childress, a senior digital reporter for Frontline.

Ciccone worked for 40 years as a journalist, first for the Associated Press then, from 1975 to ’82, as a political reporter for the Chicago Tribune. He spent the following 19 years as an editor at the newspaper. He also was a biographer of Chicago Mayor Richard J. Daley and the city’s legendary newspaper columnist Mike Royko.

Ciccone joined the American Studies faculty in 1993, the start of more than two decades of instilling his old-school values in Notre Dame students.