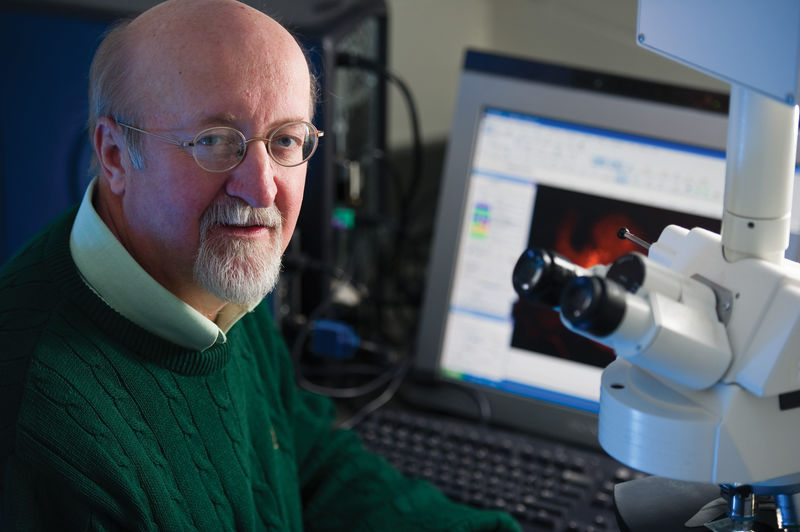 Robert A. Schulz, endowed as the Notre Dame professor of biological sciences, came to the University in 2007 from the University of Texas MD Anderson Cancer Center. He studied the formation of blood cells and the development of the immune system in fruit flies. Conducting research into the genetic mechanisms at work yielded insight into how those processes function in humans, who share 60 percent of their genes with fruit flies.

Affiliated with the Harper Cancer Research Institute and the Center for Stem Cells and Regenerative Medicine, Schulz established an undergraduate developmental biology course and provided vocal support for graduate research, urging students toward publications that made an impact.

He loved to travel to Rome with his wife, Cathy, and once found himself within a few feet of the pope. “That was very memorable to him, that he was that close,” said Schulz’s colleague, David Hyde.

Schulz died July 6 after a brief illness. He was 64.

Chris Westdyk ’19 suffered from melanoma in high school and college, battling the disease with quiet dignity while pursuing his passions with unstinting enthusiasm. He devoted himself to Stanford Hall, where he spent his senior year as a resident assistant, had served as a Welcome Weekend ambassador and designed the dorm flag.

The pre-med and economics double major, who received his degree in a South Bend hospital room during a special ceremony with University President Rev. John I. Jenkins ’76, ’78M.A., was also active in the Alliance for Catholic Education and the Center for Social Concerns’ Appalachia program.

An avid runner, Westdyk completed the New York City Marathon in November 2018, running to raise money for research and treatment at Memorial Sloan Kettering Cancer Center. His friend Lydia Piendel ’18 recalled in The Observer how he urged her on during their runs together.

“It felt like it should have been the other way around, like I should be the one encouraging him,” Piendel said, “but it didn’t go that way.”

To those in the Notre Dame community who knew Westdyk best, such inspiration will be his enduring legacy. He died June 3 at age 22.

Rev. Claude Arthur Pomerleau, CSC, ’62, ’68M.A., who studied aeronautical engineering and philosophy as an undergraduate, spent 20 years at Notre Dame teaching politics. He earned a doctorate in international relations from the University of Denver and served on the political science faculty at Notre Dame until 1985, before spending four years as rector of St. George’s College in Santiago, Chile. At the University of Portland, he became a professor of political science and directed peace studies and social justice programs. Pomerleau died July 21. He was 80.