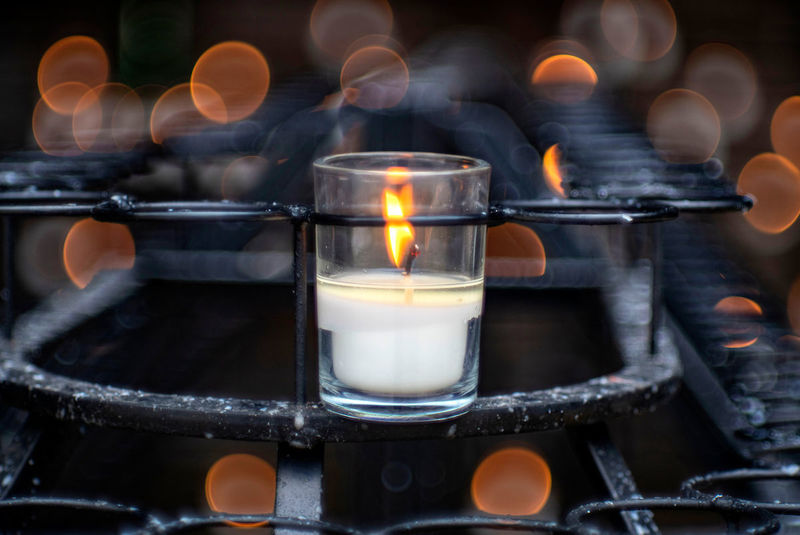 David Ladouceur’s interest in ancient languages began in childhood when he was captivated by Hollywood mummy movies on late-night television. The boy devoured books about ancient Egypt, teaching himself how to read the pictorial writing. “I started memorizing all of the hieroglyphs and writing them out,” he told a reporter in 2006.

An associate professor emeritus in the Department of Classics, Ladouceur knew seven foreign languages: Greek, Latin, Classical Egyptian, Sanskrit, French, German and Hebrew. During his 39 years on the Notre Dame faculty, the expert in ancient Egypt, Greece and Rome taught courses on topics as varied as Greek orators, children in antiquity and medicine in the ancient world.

Born in Ogdensburg, New York, Ladouceur earned a bachelor’s degree from Cornell University and a doctorate in classics from Brown University before arriving at Notre Dame in 1976. Genial, levelheaded and a good storyteller, he served as department chair for nine years, leading the Department of Modern Classical Languages and then the Department of Classical and Oriental Languages at a time before regional language groups were separated into their own departments.

Ladouceur published multiple works on Greek, Latin and biblical literature. He had a keen interest in history and was a collector of antiques and fine art. Known as “Mr. Fun” to his children and grandchildren, he was also a self-taught painter and sculptor, winning awards in regional art shows.

Ladouceur died May 8 at age 73. He is survived by his wife, Barbara, and their two children.

Rev. Drew Christiansen, S.J., a former associate professor of theology best remembered at Notre Dame as an indispensable partner in the creation of the Kroc Institute of International Peace Studies, died April 6 at the Jesuit community attached to Georgetown University in Washington, D.C. He was 77.

Christiansen’s late-career reputation as “the brainiac,” an affectionate and admiring moniker, took as much cognizance of his personal interests in the Holy Land, the legacy of the Second Vatican Council, outdoorsmanship and nature as it did of his profound contributions to his areas of scholarly expertise: nuclear disarmament, just war theory, Catholic moral theology and social teaching, Middle East diplomacy, Jewish-Christian relations and peacebuilding.

Such wide-ranging passions contributed to Christiansen’s success as editor-in-chief of America, the Jesuit review, between 2005 and 2012, the most high-profile chapter of his life as a public intellectual and trusted adviser to Congress, the American bishops and the Holy See, among others. But as Rev. James Martin, S.J., wrote in his tribute to Christiansen for that magazine, “Drew’s vast knowledge was worn lightly.” Martin described his friend and mentor as “mild . . . peaceable, self-effacing, generous” and above all, “kind.”

“He was far ahead of his time in understanding the inseparable relevance of peace research to Christian theology and of theology to peacebuilding,” said Robert Johansen, the professor emeritus of political science and peace studies who, along with Christiansen, Anne Hayner and peace scholar George Lopez, launched Kroc in 1986. “Even if this was not appreciated by disciplinary purists, his interdisciplinary worldview reinforced, at the moment of the Kroc Institute’s origin, the foundation that shaped our entire undergraduate and master’s level curriculum.”

Christiansen, who joined the Notre Dame faculty in 1984, “further developed the regular conversations between peace studies and ROTC faculty,” Johansen said. He left the University in 1990, later led the bishops’ Office of International Justice and Peace and finished his academic career at Georgetown. But his affiliation with Notre Dame continued through 20 years’ participation on the steering committee of the Catholic Peacebuilding Network, coordinated by his former student, Gerard Powers ’86J.D., ’88M.A., and headquartered at Kroc.

Joseph Blenkinsopp, a leading scholar of the Hebrew Bible, advocated the importance of scholarly immersion in Scripture. He advised first-year doctoral students to spend less time reading biblical scholarship and more time reading the Bible itself.

Blenkinsopp, the John A. O’Brien Professor Emeritus of Biblical Studies, died March 26. He was 94.

A lifelong Catholic born in Durham, England, Blenkinsopp earned a bachelor’s degree in history at the University of London, a licentiate in Sacred Scripture from the Pontifical Biblical Institute in Rome and a doctoral degree in biblical studies from Oxford University. He joined the Notre Dame faculty in 1970 and served as rector of the University’s Tantur Ecumenical Institute in Jerusalem in 1978.

In 1980, he directed a five-week archeological dig in the ancient village of Capernaum, located on the shores of the Sea of Galilee in present-day Israel, a site chosen for its important role in the life of Christ. “Nothing is better than learning from firsthand experience how Jews lived in their country,” he said of the experience.

The author of more than 25 books, including A History of Prophecy in Israel, he also served terms as president of the Catholic Biblical Association of America and president of the Society for the Study of the Old Testament.

Blenkinsopp retired from Notre Dame in 1999 but continued his academic research for many years. His last book, Luke’s Jesus: Between Incarnation and Crucifixion, was published in 2021.

He had a gift for learning new languages and was known to read a major work by a modern author in a foreign language each year. Blenkinsopp also enjoyed gardening, opera, art, poetry, travel and feeding the local bird population. He is survived by his wife, Jean Porter, the John A. O’Brien Professor of Theology at Notre Dame, and two sons.

Jim Langford ’59 was a man of the Word. He was the author of 12 books and the director of Notre Dame Press for 25 years, publishing 50 to 60 academic and general-interest titles annually. After his retirement from the University in 1999, he became a consulting editor for Rowman & Littlefield and co-founded Corby Publishing in South Bend, which produced hundreds of books, he explained, that “reflect the values cherished” by Notre Dame. Adding in his early years at Doubleday and as the executive editor of the University of Michigan Press before he returned to his alma mater in 1974, Langford had a hand in publishing thousands of books.

In keeping with his lifelong commitment to the written word and the power of writing to enrich personal lives and sow human understanding, Langford put his ideals into practice. Inspired by journalist Alex Kotlowitz’s 1991 book, There Are No Children Here, the story of two boys struggling to survive in a Chicago public housing project, Langford and his then-wife, Jill ’80, established There Are Children Here, a day camp on 16 acres near Lakeville, Indiana. For 17 years the camp brought many underprivileged children into the countryside for carefree sports, games, reading, theater, hikes and campfires.

Acknowledging the many happinesses he had found personally and professionally, Langford said, “None of these experiences could rival the happiness I discovered working on a daily basis with the children and volunteers at There Are Children Here. Those were and will always be the happiest years of my life. And I know the reason this is so. It is simply the paradox that you must lose yourself to find yourself, and empty yourself to be filled with joy.”

Langford also taught in Notre Dame’s core curriculum program, won teaching awards and brought students to the day camp as volunteers. A native of South Bend, he overcame a stroke at birth to become a state tennis champion. “In the long run,” he once wrote, “what really matters is who and what you loved, the example you set for others, the way you accepted the good and not-good in your life. And above all the grace that God sent through you to those who needed your embrace, your words, your inspiration . . . and your love.”

Langford, an indefatigable Chicago Cubs fan, died March 3 at age 84. He is survived by his companion, Nimbilasha Cushing, and four children.

David Kirkner, an associate professor emeritus of civil engineering, knew how to draw out the talents in others. Described by a younger, foreign-born colleague as a “father figure,” Kirkner often served as a faculty mentor, helping junior colleagues navigate course planning and best practices for serving their own students.

He was “demanding but in a good way. He brought out the best in people,” said Brian Smith ’01, ’13Ph.D., an associate teaching professor of civil engineering. Kirkner helped Smith realize he wanted to specialize in structural engineering, and the two shared an office for years.

A native of Youngstown, Ohio, Kirkner studied at Youngstown State University and earned his doctorate in structural engineering from Case Western Reserve University. He arrived at Notre Dame in 1979, and his 32 years on the faculty included a stint as department chair and the creation of the campus chapter of Habitat for Humanity. He continued to teach after formally retiring in 2011.

As an expert in advancing finite element analysis and stochastics, Kirkner was awarded a Fulbright grant in 2000 for research at the Polish Academy of Sciences in Warsaw. His work there used mathematics to predict the occurrence and location of thermal cracks in pavement.

A former faculty senator, Kirkner was a passionate advocate of free speech on campus, which he said was fundamental to the definition of a university. Fluent in Spanish, he enjoyed learning new languages and spent some winters in San Miguel de Allende and Querétaro, Mexico, mentoring and teaching engineering students. He liked coaching and playing soccer, swimming, and biking, and he completed several marathons.