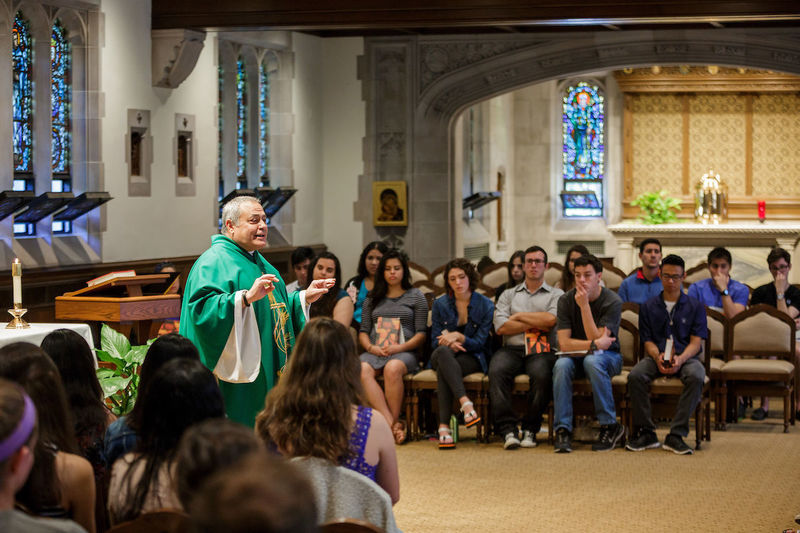 The second leg of my sabbatical took me to beautiful Chile for a week. The Congregation of Holy Cross has provided the leadership and several priests and brothers to work at St. George’s College in Santiago since 1943. The school serves 2,640 children and families from preschool through 12th grade. It is an amazing school where dozens of Holy Cross religious have lived and worked and served over many years. It is one of the most prestigious and well-known schools in Santiago, indeed in all of Chile.

I have the privilege of serving on the advisory board for the school. We began with Mass and dinner one evening and then met for six hours the next day.

After our meeting ended, I went to the Carmelite Monastery in Puangue, Chile, about a 70-minute drive from St. George’s College. Puangue is in the middle of nowhere and there cannot be more than 1,000 people who live there. It’s the kind of village where you would say, “Can anything good come from Puangue?”

Each time I am in Chile I try to go to the monastery to spend a few days of quiet and solitude.  While there I celebrate Mass each day for the nuns, visit with them, and usually give a talk or two. 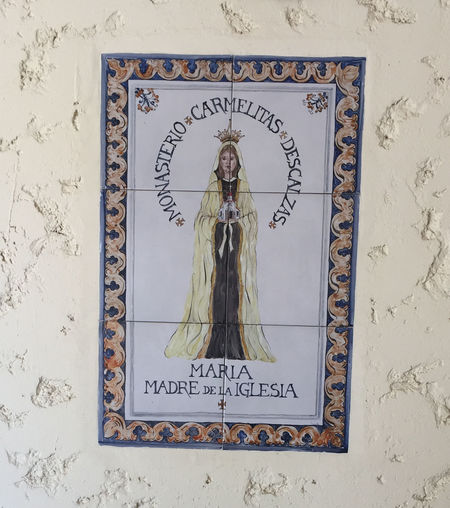 Maria, Mother of the Church, on the front wall of the monastery in Puangue, Chile. Photo by Father Joe Corpora

I love this monastery and the six nuns that are there. How did I ever end up in Puangue? I was a novice in the Congregation of Holy Cross in 1978-79.  At the end of the year I took a leave of absence for one year before I would profess my first vows. While that was a long time ago, I can still feel a little of the pain of those days of deciding/leaving. The pain has been mostly healed because I can see now how everything at the time was all grace, as it always has been and always will be.

Since I would be taking a leave of absence for a year I found a job teaching Spanish at an all-girls Catholic high school in Philadelphia, Little Flower. The teacher in the homeroom next to mine, Sister Marian Patricia, IHM, was a lovely Immaculate Heart of Mary sister.  She was from Santiago, Chile, and had studied at the Villa Maria School in Santiago, run by the Philadelphia IHMs. For a long time, Villa Maria was like a “sister” school to St. George. Sister and I talked a lot during that year.

Some years later, while teaching in Santiago, she would leave the IHMs to join a Carmelite Monastery in Talca, Chile. And after some years there she and two other Carmelites from Talca would be asked to found a monastery in Puangue, Chile, called Maria, Madre de la Iglesia. Seeing her now once or twice a year has been a total grace from God. Had I not taken the leave of absence, I would never have met her. Nor would I ever have come to know this wonderful Carmelite Monastery in Puangue.

While there the Sisters introduced me to Saint Teresa de los Andes, a Chilean Carmelite Nun who died in 1920. She was 19 years old, a novice, who made her profession on her deathbed. I thought that Thérèse of Lisieux was young when she died. But Teresa de los Andes was even younger. She reminds us that holiness is God’s work in us and what we have to do is to be open to God’s work. One of her lines is, Todo lo que veo me lleva a Dios. “Everything that I see leads me to God” — even leaves of absence and changes in the course of life.

I must confess that I am so tired of hearing people talk about building community — in residence halls, on staffs, in departments.  We don’t build community so much as we allow God to build it among us. This doesn’t mean that we don’t have a role in it. But it is much more the work of God than it is our work. We simply have to dispose ourselves to God’s movement and promptings.The six nuns at the monastery make you rethink your ideas of cloistered and contemplative nuns. Each one could not be more different from the next. In a bus station they would probably not sit next to one another or even greet each other. But over the years God has fashioned them into a community of women who truly love and care for each other. And if you listen to them talk about their community life, it’s often, “God did this for us. God brought us together. Our life together is a work of God.” 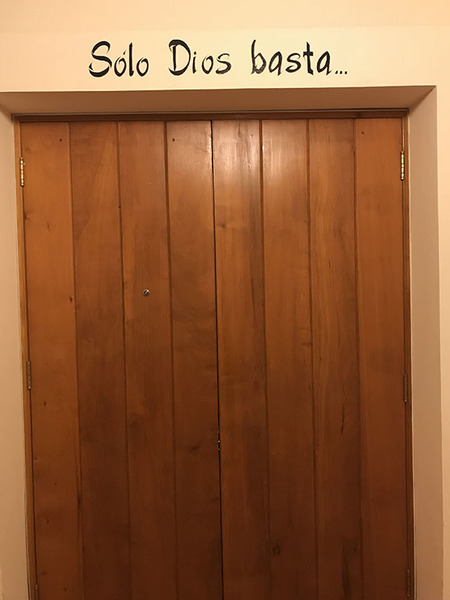 One of the nuns came to see me to talk about a book that she is reading. She had a couple of questions. So I said to her, “Bring the book and we’ll look at it.” So she came with a Kindle.   There’s something funny about a nun dressed in a medieval habit in a monastery in a village of about a thousand people walking around with a Kindle.

I am always privileged to hear the confessions of the sisters when I go to the monastery. Sin is the same the world over — whether north or south of the equator, whether living the active life or the contemplative life, whether male or female, lay or religious or cleric — sin is the same.  We are all tempted to gossip, to judge others, to be critical of our neighbor, to think of ourselves first, to fall short of what we hope for, to doubt that God can and does love us exactly as we are. Those sins are part of every person’s life.

The prioress is a wonderful nun who constantly encourages the sisters to know that they are loved and cherished by God. She is totally 100 percent human. Like Saint Teresa of Jesus, perhaps the most famous Discalced Carmelite, the prioress reminds us that there can be no holiness without being human first. After ten minutes with the prioress and the nuns, you can easily see their humanity.

Each sister is in the process of becoming human, becoming real, becoming herself — which, of course, means becoming holy. It’s so refreshing to spend time with women who have consecrated themselves entirely to God and still know that they are sinners. But sinners whose sins are forgiven. It’s a blessing to be around women who work and pray and pray and work and find time to truly be Christ to one another.

The Carmelite Nuns of Puangue know in their flesh that, though they fall short of loving God every day, they are nonetheless loved unconditionally by God. They help us know that Nathanael’s question in John’s Gospel, “Can anything good come from Nazareth?” is the wrong question.

The correct question is, “Can anything but good come from where God dwells?”  There is so much good that comes from this monastery in Puangue.

Fr. Joe Corpora, C.S.C., is on sabbatical for the Fall 2019 semester, during which time he plans to hear confessions at Lourdes, France; volunteer with immigrants and refugees in McAllen, Texas; and spend three weeks on silent retreat, among other missions. In light of this active sabbatical, his regular “Being Mercy” column for this website has been renamed “Doing Mercy” for the duration of the semester.