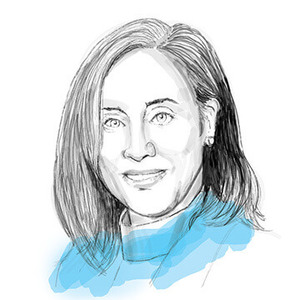 After winning the 2019 World Cup, the U.S. women’s national soccer team turned to Kate Markgraf ’98 to guide the organization’s next phase as its first-ever general manager. As a player, Markgraf won a NCAA women’s soccer championship at Notre Dame, a World Cup title in 1999 and two Olympic gold medals. Now she’s responsible for maintaining the international success that has been the team’s hallmark. Her first priority was replacing head coach Jill Ellis, who stepped down in July after her second World Cup triumph, as the team prepares for the 2020 Olympics. But Markgraf will oversee all the U.S. Soccer Federation coaches and staff members who administer the women’s national teams from the U-15 squad to the international elite. “Having won multiple championships, she’s truly steeped in the culture of the program,” federation president Carlos Cordeiro said. “At a time when more countries around the world are investing heavily in women’s soccer and competition is getting more intense, Kate will help ensure that we achieve excellence across all our women’s teams and programs.” . . . The 1619 Project, an extensive print and online initiative marking in August the 400th anniversary of the arrival of the first slaves at Jamestown, was the brainchild of Nikole Hannah-Jones ’98. A staff writer for The New York Times Magazine, Hannah-Jones pitched the idea for the project and helped shape the analysis of slavery’s history and its contemporary implications in the United States. The multimedia concept included an edition of the Sunday magazine, for which she wrote an introductory essay incorporating personal and national history, as well as a special newspaper section and an audio series. “As much as I hope white readers will read it and have their minds blown, I hope that black people will read it and feel a sense of ownership over this country and a sense of pride in our resilience,” Hannah-Jones said in a Times piece about how the project came to life. “I hope to reframe the way we see ourselves in America.” . . . Public Square, a journal of the Congress for the New Urbanism, calls the Midway Plaisance, a mile-long greenscape between the University of Chicago and the adjacent Woodlawn neighborhood, the city’s “grandest boulevard.” Marie Acalin ’19M.Arch and Roger Foreman ’19M.Arch, with the guidance of Professor Philip Bess, developed a plan to burnish the Midway’s grandeur, earning the grand prize in CNU’s Student Charter Awards. The hypothetical design would expand transportation and recreational uses of the green while adding 4,200 apartments and 500,000 feet of retail and office space. It also features a 250-foot obelisk at the Midway’s western end, heralding a proposed new location for the Obama Presidential Center, instead of what Public Square described as the “a-historical monolith” currently in the works at nearby Jackson Park — a controversial site that opponents decried as a “land grab.” A lawsuit to prevent the center’s construction was dismissed in June by U.S. District Judge Robert Blakey ’88, although a federal review of the project is ongoing because the location is on the National Register of Historic Places. . . . 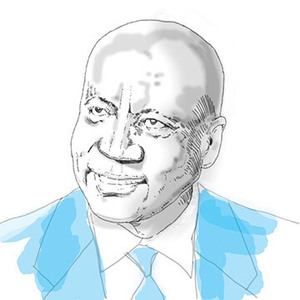 In September, Kevin Warren ’90J.D. became the sixth commissioner of the Big Ten Conference, succeeding the league’s longtime leader, Jim Delany. Warren has served as the chief operating officer for the Minnesota Vikings since 2005, and his appointment made history. He’s the first African American commissioner of a Power Five conference — the Big Ten, ACC, SEC, Big 12 and Pac-12. As a pioneer, Warren told The Undefeated, providing chances for other diverse candidates will be a priority. “And when I say ‘diverse candidates,’ it’s not only in color,” he said. “It’s in gender. It’s in thought. It’s important to give them an opportunity to succeed. And that’s what I’m going to do.” . . . Canadian labor and employment regulations are esteemed around the world. Mark Thompson ’61 has been so influential in shaping the system that he received membership in the Order of Canada for “extraordinary contributions to the nation.” Thompson, a professor emeritus of organizational behavior at the University of British Columbia’s Sauder School of Business, played a leading role in revising the province’s Employment Standards Act in 1993, which strengthened protections for vulnerable working people. As a teacher, scholar and labor-management arbitrator, Thompson has been “motivated by a profound moral desire to improve the lives of working men and women across Canada,” Sauder dean Robert Helsley said. . . . A white police officer responding to a report of a car blocking an intersection came upon a group of black men standing outside a Cincinnati-area barbershop. What sounds like the start of too many stories of racial conflict became a viral tale of what’s possible when people “see each other and talk like humans.” That’s what author Shaka Senghor concluded in his article about the encounter for the online platform Medium. There was no car obstructing traffic. The men were at the barbershop as part of a fundraising competition. The officer, Colin Higgins, recognizing the tension his presence could create, declined an invitation to go inside. He did, however, take his new friends up on the offer to meet NFL Hall of Famer Jerome Bettis, who happened to be there for the event. Bettis came outside to sign an autograph and pose for photos with Higgins, who said, “If my dad was still alive he would be so excited, because you were his favorite player.” . . . 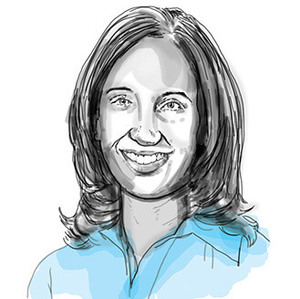 Nina King ’00, Duke University’s senior deputy director of athletics for administration and legal affairs, will chair the NCAA Division I Women’s Basketball Committee for the 2020-21 season. The committee oversees team selection and other issues related to NCAA tournament play. King, who was appointed vice chair for the upcoming season, served as director of rules education in the Notre Dame athletic department from 2005-08 under Kevin White, who is now Duke’s athletic director. . . . Award-winning journalist Anne Thompson ’79, NBC’s chief environmental affairs correspondent since 2007, has received another honor. Not for her reporting this time, but for her decades of devotion to Notre Dame. Thompson received the Sorin Award, one of the University’s highest honors, while celebrating her 40th class reunion in June. The award recognizes her contributions as a University trustee and co-chair of the Hesburgh Women of Impact initiative, which includes an annual campus retreat to celebrate female leaders. “If there’s one irrefutable truth outside of my family life,” Thompson said in her remarks at the ceremony, “it is my love for Notre Dame.” . . . Vincent J. Naimoli ’59, the original owner of MLB’s Tampa Bay Devil Rays and a generous benefactor to Notre Dame, died August 25 after suffering for several years from supranuclear palsy, a rare neurological disorder. He was 81. Naimoli, who received the Alumni Association’s 2018 Harvey G. Foster Award for his philanthropy and civic leadership, made a major impact on campus life with gifts including endowed scholarships and support for the Purcell Pavilion’s Club Naimoli and a wing of the Mendoza College of Business. Naimoli led Tampa Bay’s expansion franchise, which has since shortened its nickname to his preferred Rays, from its inaugural season in 1998 until 2005. . . . As Long Island University moves into NCAA Division I competition, the school handed the reins of its athletic department to William Martinov ’93M.S., who has spent three decades working in higher education, including 11 years as a conditioning coach at Notre Dame. In addition to athletics, Martinov also has worked in student affairs and fundraising. “Bill’s student-centered career, in developing successful athletic programs and student academic services, will help lead LIU into a new era of championship athletics,” university president Kimberly Cline said. . . . 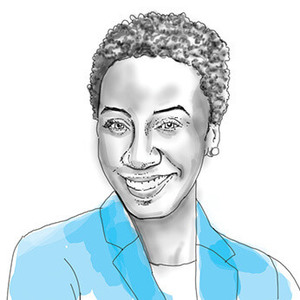 Krystal Hardy Allen ’07 has devoted much of her professional life to education, serving as a school principal before founding K. Allen Consulting, which provides professional development services to school districts and other community organizations across the country. Allen’s work was recognized this year with her selection as a 2019 Aspen Ideas Festival Scholar, one of 300 people worldwide recognized for their transformative endeavors. “As an educator, African American woman, and a first-generation college graduate, I am committed to doing whatever it takes to ensure that we build life-changing, equitable and liberating school environments where all of our children can thrive,” she told the Times-Journal in her hometown of Selma, Alabama.