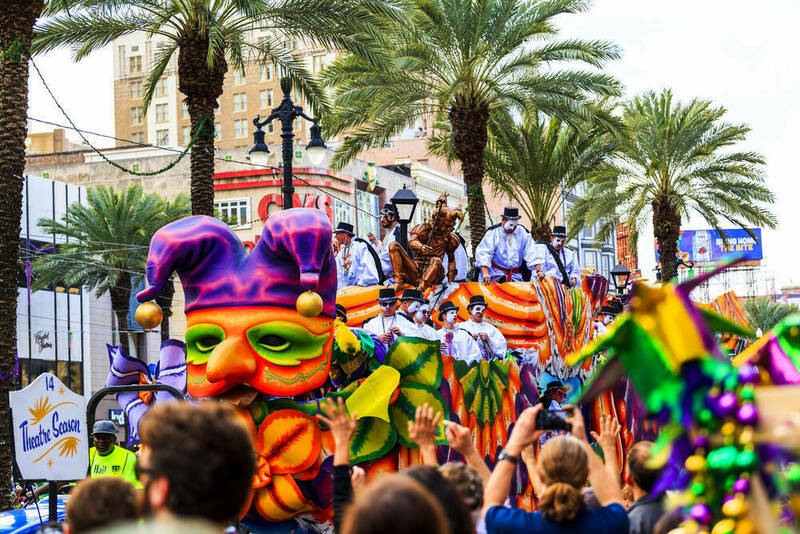 Every spring, a significant portion of us faithful and not-so-faithful Catholics find ourselves in a recurring predicament. We file past holy water fonts on Easter Sunday, dipping cupped hands into baptismal fonts, while ushers herd us toward those coveted empty seats. Then amidst clouds of lilies and chords of the choir warming up, those thoughts scroll through our minds. Where in the world did Lent go? I can’t believe it’s Easter. I should have done more for Lent. I need to try harder next year.

If you’ve ever counted yourself among those sheepishly wagging their heads in the Easter pew, I have a piece of advice. Move to New Orleans. Or at least visit during the week of Ash Wednesday. New Orleanians have a way of never letting you forget it’s time for Lent. Parades, parties and king cakes blast a spiritual alarm clock on days leading up to Ash Wednesday. Although Mardi Gras translates to “Fat Tuesday,” anyone who knows New Orleans knows that 24 hours isn’t enough time to celebrate this annual occurrence, the very last day before fasting and deep spiritual reflection in preparation for the joy of Easter.

I moved to New Orleans in December 1990, and I will never forget my first Mardi Gras. It’s a ritual, an institution in southeastern Louisiana, complete with its own food, language and costume. Mardi Gras is actually the last day of an entire season, which begins on Twelfth Night. Not long after Christmas creches submerge below waves of packing tissue, king cakes begin rising in New Orleans ovens. A Lilliputian plastic baby sleeps somewhere inside the purple, green and gold ring of pastry. Tradition says finding the baby brings good luck, but it also requires you to buy the next king cake for the crowd.

Purple, green and gold flags and bunting appear on houses everywhere, and two weeks before Ash Wednesday the fever really flares up. Parades spring out of their starting gates and roll through the city every night and all day on the weekends. That first year, I tagged alongside our friends night after night, like an apprentice to a trade of revelry. Lesson one — beads, doubloons, the Mardi Gras mambo. Lesson two — the system of carnival organizations called krewes which host the parades and cost a hefty fee to join. After numerous parades, I thought I had this carnival thing down, and then Mardi Gras day came like opening night after a dozen dress rehearsals. Everything was bigger, brighter and louder. We rose like fishermen in the pre-dawn hours to stake out space on St. Charles Avenue, the grandest street in New Orleans. In my striped clown suit, I spotted a family in Dalmatian costumes sniffing out their territory along the parade route. Some college kids dressed as a six-pack of Dixie Beer were filling their insides with the same thing as the sun rose.

Soon the parades began their long flow through the city, cutting a path just as the Mississippi had done eons ago. The krewes that parade on Mardi Gras day are the most revered and historic of all. Comus, Zulu, Rex and scads of floats strut past the myriad families, police officers, drunks and television cameras. When Rex came, the crowd went mad. Rex is king of carnival. Many a local businessman, doctor and lawyer dream of sporting a crown and leotard above that mob hungry for beads, doubloons, stuffed animals, frisbees and moon pies.

We had collapsed into bed by the time the street cleaners blasted away all the trash with their water weapons. They officially end Mardi Gras at midnight to the dismay of many in the French Quarter. The next morning, I headed to church. I noticed how crowded the pews were. The same people who were partying as grapes, superheroes, animals and Disney characters were now lined up on kneelers, bowed forward like reeds in the wind. The stillness was abrupt after the madness only hours before.

No mistake about it. Lent was here.

I was really into Lent that year. The sacrifice, the good deeds and the anticipation of rising to new life. With an up like carnival season, you can’t miss the down post-Mardi Gras. It may take a lifetime in New Orleans to understand every facet of Mardi Gras season. But one day spent as a clown taught me the most important thing.

Mardi Gras may seem quite secular at first, but it’s a sensational way to prevent spiritual catch-up on Easter Sunday.

Beth Grisoli is director of multimedia in Notre Dame’s Office of Public Affairs and Communications.