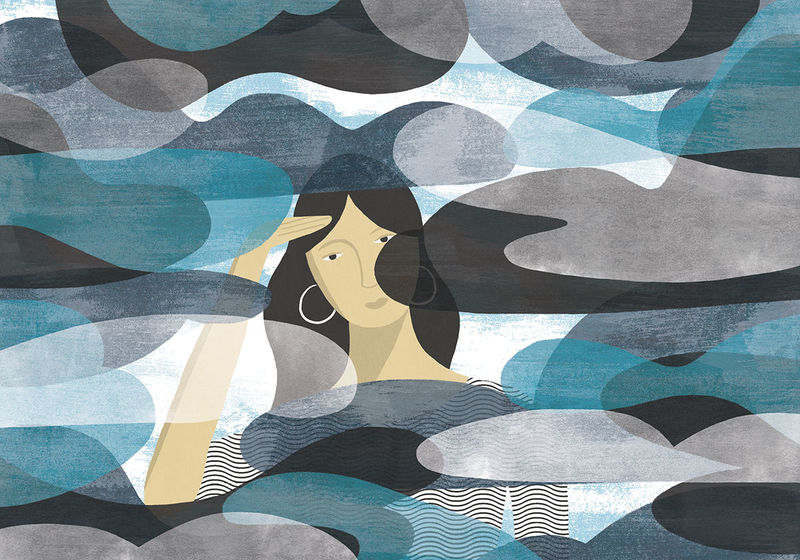 More than six years ago, when my firstborn, Dominic, was five months old, my mother-in-law was carrying him down the stairs of our house in northern Laos. She slipped and fell. Dominic’s knee hit the wood. His femur broke.

Even with good emergency medical insurance — which we had — the soonest we could get Dominic to the nearest decent hospital was more than 30 hours after the accident.

Even now, I find it very difficult to think about all of this. I can record some of the details — how we splinted Dominic’s leg with cardboard and bandages, how we put him to sleep on the changing-table mat that night to help keep him still, how I lay beside him on the floor, kneeling to breastfeed him every time he cried out.

I can write this down now, but I still shy away from thinking too deeply about how I felt during the long dark hours of that night, or while I sat alone in the hospital’s waiting room the next afternoon as Dominic’s leg was being set and casted. My husband had to hold our son still through that particular anguish, because I couldn’t face it.

I tried to talk about all of this recently during a speech I was giving to 40 young mothers on postnatal anxiety. In retrospect, it was perhaps a little unwise to wade into this territory for the first time on a stage. In retrospect, it should not have surprised me that I could only get out a few sentences before I faltered. Stuck. Teetering on the brink of an incoherent, tear-soaked free-fall.

But, even though I’m a psychologist, it did surprise me. I’ve worked as a trainer for more than a decade. I’ve traveled around the world to speak about stress, trauma and resilience. My words had never deserted me before, not mid-presentation.

And Dominic’s accident was six years ago. After all, all’s well that ends well, time heals all wounds and everything happens for a reason, right? What doesn’t kill you makes you stronger, right? God doesn’t give you more than you can handle.

Many years before Dominic’s injury — back when I was still the imagined star of this universal play called life — I believed these things. I believed that my trials were personally addressed and divinely hand-delivered. I believed the adversity I faced was specifically designed to refine me, purify me and equip me. I basically believed that life was a nobler version of The Hunger Games. I was Katniss, and God was the head gamemaker.

Then I started to train as a forensic psychologist and a crisis counselor. I began working in a maximum-security men’s prison. I served on a child-death review team and worked on child sex-offender cases. I landed a job with a humanitarian organization and moved to the Balkans.

In the face of all that violence and suffering — feeling simultaneously helpless and responsible for having some answers — my neat little formula about adversity being a set of holy hurdles designed to strengthen us to run the good race fell apart. And the superstructure of my faith sort of fell apart with it.

I was drowning in questions I couldn’t answer. Why was there so much suffering in this world? Why did humans have such a talent for violence? How could I reconcile the divine omnipotence I was taught to trust in as a child with lives torn apart by earthquakes, famine or other people? If God existed, if he was paying attention, why did he often seem so slow to act and so silent? How could he possibly choose to hold back and watch the bad unfurl alongside the good in the wilderness of freedom and choice? And why had I been given so much while others had received so little?

Some changes in our lives and minds happen suddenly, born of formative moments. Others are long, slow pivots. With these, the change in direction only becomes clear when you check your rearview mirror or raise your eyes long enough to see a different vista in front of you. This is the sort of incremental existential shift I’ve seen unfolding in my life over the past 12 years.

I look back at my anguished, young-adult self now with an odd hybrid of recognition and puzzled wonder. Something similar happens whenever I see photographs of myself as a teenager. In those pictures hanging on the walls of my parents’ house, my face is unlined and softly rounded. I want to reach into those images and pinch my own cheeks.

My very definition of faith has changed. Once some combination of believing the right things, knowing the right answers and keeping the right rules, “faith” now inhabits far messier territory at the intersection of awareness, attitude, action and intention.

My tolerance for sitting with mystery and living with paradox has increased, too. I still don’t have answers that really satisfy me to those questions about suffering, but somehow that matters less. I no longer fear that my confusion undermines my belief in a God who loves us.

I’ve mostly stopped wrestling with these questions about suffering on that deepest of levels — not just because I’ve given up on nailing down satisfactory answers, but because continuing to churn over those questions didn’t help me. And since Dominic’s injury, I haven’t had a lot of energy available for things that weren’t helping me.

My husband, Mike, and I have moved four times. In Laos we had two little boys and an unfortunate number of serious medical dramas. In addition to Dominic’s broken leg, I broke an ankle and contracted two cases of cellulitis. Mike picked up a nasty staph infection and needed two spinal surgeries for a herniated disc. We were beset by postnatal anxiety, depression and chronic sleep deprivation (our wondrous boys, whatever else they might be, are not skilled sleepers). And, as the coup de grâce, four months after our younger son’s birth, Mike was diagnosed with cancer. We had to leave Laos on 48 hours’ notice and decamp to Australia for five months of tests, a surgery and three grueling rounds of chemotherapy.

Soon after the first anniversary of Mike’s cancer diagnosis, we moved from Laos to Vanuatu. Two weeks after Mike took up his new job as country director for a nonprofit, the island nation was devastated by the strongest cyclone ever recorded in the Pacific. Cyclone Pam severely harmed more than two-thirds of Vanuatu’s population, caused damage estimated at half its GDP, and sparked an intense, multiyear emergency response and reconstruction program.

When I see these sorts of hands (and far worse) dealt to other people, I’m still tempted to wonder why certain things have happened. But as our own torrid season has unfolded, those “why” questions have seemed irrelevant. Trekking through the valleys has taken too much energy to leave much appetite for wondering why we were in the valley in the first place. I couldn’t hold those questions close and still reach for the many lifelines we encountered along the way — lifelines that offered respite, levity and light.

When Mike was diagnosed with cancer, a friend, herself a survivor, sent a card.

That is what I believe today.

Bad, terrible, tragic things happen. Because . . . life. And these bad things are not usually letter bombs specifically addressed to me. They do not happen in order to teach me a certain lesson, to force me to pray more, or to deliberately place me under the sort of pressure that turns coal into diamonds. They just happen. Sometimes these trials won’t kill me, but they will cost me, weaken me or break me in ways that matter. And sometimes they are absolutely more than I can handle, at least for a season.

But. This I also believe.

How we respond to life’s wicked, tricky curve balls still matters, too, even if they aren’t being hurled intentionally at us by a holy pitcher. And good can follow in spite of these things. Even, often, from them.

It is true that our deepest struggles can birth deep honesty, empathy and compassion, but (just like actual birth, I might add) this process is neither easy nor fun. It can take effort and courage to choose gratitude. To be vulnerable. To take someone’s hand instead of pushing it away. To stare down and name pain and loss. To let go of regret and anger. To search out and take hold of hope.

At this point, it would be narratively and psychologically convenient if I could point you toward all the good that’s emerged in the aftermath of our physical frailties, Mike’s cancer, the cyclone, Dominic’s accident.

But with this last woe, in particular, I still struggle. The initial break has long healed, and all seems well. But because the bone snapped just above the knee — in the growth plate — we will not know for sure until Dominic is well into puberty whether that bone will grow straight and true.

Some good has definitely come out of that day. It only deepened my respect and affection for my husband, for example. It equipped us with knowledge that may help us navigate future crises (may they be few). And it has graced me with acute empathy for other parents who experience terrible accidents with their children. But I would still unplay these grace notes in a heartbeat. I would undo that fall if I could.

That choice, however, has never been mine to make.

Clearly, I have memories and feelings I still need to unpack, name and sit with. For now, though, I can acknowledge and appreciate what good can emerge from hardship without feeling that it needs to outweigh or negate the pain. I’m getting better at finding sunshine on dark days, and at recognizing the quiet trust that rarely deserts me now: No matter how awful the moment, good will come.

Lisa McKay is a psychologist who specializes in trauma and resilience. She is the author of an award-winning memoir, Love at the Speed of Email, and the film rights to her novel, My Hands Came Away Red, were optioned by Wayfarer Entertainment. She lives with her husband and two sons in Australia.