Republicans and Democrats choreograph their national conventions as star-spangled media extravaganzas that are produced — minute by minute, speaker by speaker — to serve as extended commercials for the fall campaign’s presidential ticket and the parties themselves.

Away from the balloons, bright lights and Teleprompters, a political convention nowadays is closer to a Hollywood set or a Potemkin village. Outward appearances might be appealing, but look behind the curtain and you see it’s closer to a façade without a structure to support the attractive front. 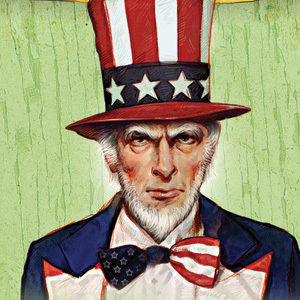 This year is particularly fascinating because the primary season between February and June appeared at times to be a two-front war against the Republican and Democratic establishments.

In winning the GOP nomination, Donald Trump defeated 16 other candidates, including some party stalwarts such as Jeb Bush, Chris Christie, Ted Cruz and Marco Rubio. Trump criticized his opponents and party leaders so pointedly and frequently that many hesitated to endorse him after the primaries concluded, a situation that continues.

In addition, Trump’s refrain of denouncing “a rigged system” didn’t endear him to other Republicans who helped design the nominating process.

On the Democratic side, Hillary Clinton is different — a candidate with deep roots in the party she will lead. Her years as First Lady, U.S. Senator and presidential contender in 2008 involved her with a host of state and local party officials across the country.

However — and by contrast — her main rival for the nomination, Bernie Sanders, is still described as an “Independent” senator from Vermont in the official Biographical Directory of the United States Congress. His mantra of the need for “a political revolution” didn’t sit well with elders in the party he had never formally embraced in prior elections to the House of Representatives or the Senate.

Trump’s imperfect relations with the GOP as well as the conflict between Sanders and Democrats are stark realities thus far in 2016. But larger and potentially more profound problems confront each party this fall and in the future.

On an almost daily basis we read or hear reports about the extreme partisanship and polarization in contemporary American politics. In Washington, to be specific, members of Congress from the two parties no longer socialize together as in the past and friendly conversations are fewer and farther between.

Yet where are the citizens in this political moment when ideological loyalty reigns supreme over efforts to arrive at compromise and comity among elected Democrats and Republicans?

The Gallup organization regularly conducts public opinion surveys measuring party identification. Earlier this year, the results showed 29 percent as Democrats, 26 percent as Republicans — and a stunning 42 percent as independents. This is the fifth straight year that the percentage of independents reached or exceeded 40 percent.

With such a high number of people not identifying with either party, you might think the amount of split-ticket voting (for example, pulling the lever for a Republican presidential candidate and a Democrat for Congress) would be high, as independents base their choices on the merits of individual candidates.

You would be incorrect to think that way.

According to the authoritative American National Election Studies, just 10 percent of the electorate engaged in split-ticket voting on the presidential and Congressional levels in 2012. The two parties split the strict party-line votes evenly, at 45 percent.

In the 10 presidential elections from 1972 through 2008, an average of over 20 percent of voters divided their tickets — so to drop to half that level is significant in itself. Is a definite, even knee-jerk, polarization now a fact of political life among the electorate? That’s a number worth watching after Election Day this November.

Interestingly, the growth of polarization we see in Washington and elsewhere comes at a time when neither party is viewed very favorably. In a late June survey conducted for NBC News and The Wall Street Journal, the Democratic Party was regarded positively by 37 percent and the Republican Party by 28 percent. Negative perceptions reached 43 percent for Democrats and 48 percent for Republicans.

In this same poll, Clinton and Trump received less positive responses than the parties they will lead. Clinton is viewed negatively by 55 percent and Trump by 60 percent, meaning a large number of voters will be holding their noses as they cast their ballots come November 8.

A paradox of 2016 is that polarization in governing and in voting keeps increasing at the same time that the organizations formally responsible for partisan behavior, the parties themselves, seem considerably weaker than in the past.

The national conventions this month will try to paper over disputes and tensions, but the real state of affairs for Republicans and Democrats is far different from the spectacles they plan to orchestrate in Cleveland and Philadelphia.

Robert Schmuhl is the Walter H. Annenberg-Edmund P. Joyce Professor of American Studies and Journalism at Notre Dame. This fall he’s teaching a class focusing on American political culture and the 2016 election.