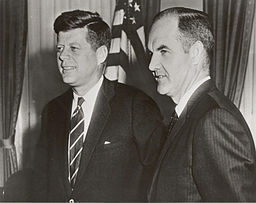 I encountered George McGovern by chance on New York’s Seventh Avenue in 1972, while searching for late breakfast. He was seeking the U.S. presidency. I didn’t know the Garment Center Rally, a traditional campaign stop for Democratic presidential nominees in those years, would play out on Seventh Avenue that day. Hundreds of thousands of New Yorkers, according to police estimates, crammed into the street to cheer McGovern.

That’s not quite right. Not cheers but a full-voice New York roar greeted Senator McGovern — the sound of vintage ticker tape celebrations. Over the noise two women struck up a conversation with me as we inched away from a storefront window, afraid the surging crowd could push us through it. The women thought it absolutely cool that I hailed from South Dakota, also McGovern’s home state, half a continent away. They urged me to shove my way through the crowd, shake the candidate’s hand and tell him hi from the Black Hills. I told the women, “There will be chances with him back home to visit about this day.”

Indeed, back home, encounters with McGovern could feel spooky. He possessed a remarkable gift for recalling faces, names and hometowns. Late at night, in Pierre or Aberdeen or someplace, you’d walk down a grocery aisle to replace the toothbrush you forgot to pack for an overnight trip, and there would be McGovern doing the same thing. Only he always spotted you first and greeted you by name because he was a consummate politician, on the lookout for familiar constituents. If you were a hundred miles or more from your hometown, he would say he hoped you were traveling for business or pleasure and not because of an emergency.

In South Dakota, McGovern and I over the years became colleagues of sorts on occasional projects related to education, writing and history. We never had a political discussion except within the context of history. I think he found it refreshing to meet people who shared interests other than politics. We discussed the Civil War, World War II, the St. Louis Cardinals, the Dust Bowl, aviation and, most oddly, daredevil Evel Knievel’s flair for publicity. More than anything I came to think of McGovern as a retired yet ever-available history professor — his profession, in fact, at Dakota Wesleyan University before his first election to Congress in 1956.

By no means was McGovern a casual name-dropper in discussions. He could recall assignments within President John Kennedy’s White House, his close association in the Senate with Robert Kennedy, and dealings and duels with Vice President Hubert Humphrey, President Lyndon Johnson, and President Richard Nixon.

One day McGovern asked a gathering of South Dakotans whether any of us knew the whereabouts of Jim Abdnor. Abdnor, long retired by then, was the man who defeated McGovern in 1980 as he sought a fourth Senate term. McGovern found it sad that political opponents could share the spotlight of a campaign but then let awkwardness between them derail opportunities for later reflection.

After leaving the Senate he wrote and spoke about how world hunger could be wiped out. Little impressed him more than how South Dakotans put sound thinking and evolving technology to work to reclaim farm lands after the Dust Bowl of the 1930s. Advances in agriculture and transportation in the 20th century, to McGovern’s thinking, made hunger unacceptable anywhere on the planet in the 21st century. He did a lot of his work from an office in the George and Eleanor McGovern Library and Center for Public Leadership and Justice, built on the campus of his beloved Dakota Wesleyan University, within walking distance of his Mitchell home.

McGovern also wrote a book about the Lincoln presidency and was pleased when I used it in a graduate class for South Dakota public school teachers. Then, when he was 87, I ran into McGovern in Rapid City and told him I was writing a history book myself, a biography of Donald Smith, a rural Dust Bowl kid who grew up to pilot a B-25 in World War II’s daring Doolittle Raid. Before I finished describing the project McGovern was scribbling a phone number on a scrap of paper so we could talk in depth. “I won’t be in the office much this fall because I’m traveling just about all the time,” he said. “But you know how that is, lots of hours waiting in airports after passing through security. Call my cell and you’ll probably find me in an airport.”

That is, indeed, where I found him. The old professor had plenty to say about learning to fly, the culture of the Army Air Corps, and his utter amazement that Jimmy Doolittle’s big twin engine bombers were successfully launched from a ship’s deck. Those who recall McGovern’s antiwar rhetoric during the Vietnam era might have been surprised by the pride he had in his own World War II service, as a pilot of 35 bomber missions over Europe. “I wouldn’t want anyone to think I opposed the Vietnam War because I was some sort of wimp,” I heard him tell an audience once. “I opposed it because it was senseless.”

Anyway, by phone, he contributed tremendously to my book project. Yet when I think of those calls what I recall most vividly is his “Halloo!” greeting, always cheery and welcoming. At the time he suffered ailments not unusual to men in their late 80s, had lost his wife, Eleanor, and had also lost a daughter after her terrible battle with alcoholism. And, not infrequently, he endured public ridicule about his 1972 presidential bid, sometimes used as a symbol of politics at its most naïve. But I don’t recall anyone saying McGovern let them down, or turned out to be phony in any way. Sure, his 1972 campaign made some fumbles, but not ones that sent his aides to prison, the destination for some of his opponent’s staff. As far as I could tell, he approached every new personal encounter with good cheer and optimism.

That sense of optimism probably explained his response when, back home, I talked to him about the 1972 Garment Center Rally. Election Day had been less than a week away and polls showed him trailing incumbent Richard Nixon by a wide margin. As it turned out, he won only one state’s electoral vote — and that state wasn’t South Dakota. Anyway, in a quiet small town diner after a football homecoming parade, I asked him whether he thought he stood any chance that noisy day in New York.

“I think,” McGovern said, “that it would be impossible to be at the center of all that enthusiasm and not believe you had a chance.”

Paul Higbee is a magazine and documentary TV writer living in the Black Hills.