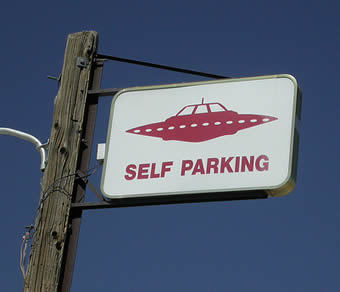 Stephen Hawking’s recent warning that sending signals into space could lead to extraterrestrials invading our planet has attracted widespread attention in the media.

This topic, which has often been seen as the providence of kooks — and, yes, part of it remains such — can be illuminated by serious scholarship. In fact, Notre Dame’s involvement in issues related to extraterrestrials is significant.

Probably the most exciting development in the recent history of the extraterrestrial life debate has been the discovery, beginning in 1995, of exoplanets. Astronomers in the last 15 years have located well over 400 of these planets orbiting other stars. David Bennett, a Notre Dame professor of physics, has done important work in this area using the microlensing technique for his discoveries.

Notre Dame students can take a course on the history of the extraterrestrial life debate. The course surveys the wide range of issues — including scientific, religious and psychological — linked to astrobiology.

I began teaching this course five years ago as a University Seminar for first-year students and now teach it with Dr. Matthew Dowd (my last doctoral student), who is an editor at the University of Notre Dame Press. The first half of the course is based on my Extraterrestrial Life Debate, Antiquity to 1915: A Source Book published in 2008 by Notre Dame Press.

A highlight at Notre Dame in 2009 was the public lecture by Dr. Seth Shostak, senior astronomer at the Search for Extraterrestrial Intelligence Institute (SETI), on “When Will We Find ET?” He also was a member of the panel, “Why Do People Believe in Extraterrestrials?” and generously agreed to visit our class for an open discussion. A key member of the panel and visitor to our course has been Professor Phil Sakimoto, an astronomer who, after many years at NASA, has recently joined the Notre Dame community.

Other Notre Dame professors have written about the ET debate. In 1999, Thomas O’Meara, O.P., a member of Notre Dame’s theology department, published the lead essay in Theological Studies on religious aspects of the debate. In 1998 George Howard of the psychology department co-authored the book UFOs and alien abduction: Two centuries of controversy. And Ernan McMullin, professor emeritus of philosophy, has written influential essays on methodological and religious aspects of the subject.

Of course, scholarship about extraterrestrials exists at other universities, too. A few years ago, I became an outside advisor at Drew University for a doctoral dissertation in history entitled “SETI’s Scope: How the Search for Extraterrestrial Intelligence Became Disconnected from New Ideas About Extraterrestrials.” This dissertation by Mark Sheridan, which was chosen as Drew’s best of the year, makes a richly documented and forcefully argued case that it’s unlikely we’d be able to communicate with extraterrestrials even if we were able to establish radio contact.

I warmly recommend this analysis. Read it on the web.

Michael Crowe is the Cavanaugh Professor Emeritus in Notre Dame’s Program of Liberal Studies and has had a long-standing scholarly interest in the history of the ET debate. In 2009 he was awarded the LeRoy Doggett Prize from the Historical Astronomy Section of the American Astronomical Society for his lifelong work in the history of astronomy. He also gave a plenary address at this year’s American Astronomical Society (AAS) conference entitled “Seventeen Key Developments in the Extraterrestrial Life Debate.