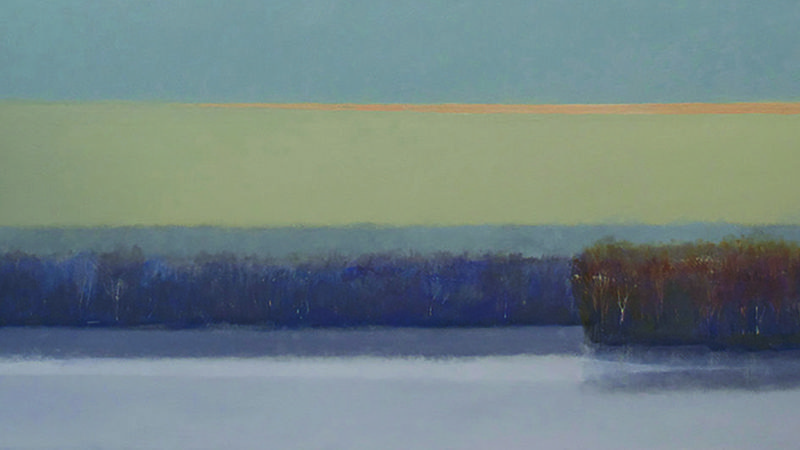 I see it shining plain,

The happy highways where I went

I begin this goodbye song — for it is only that, a small song trying to teach myself to say goodbye — in my office on the second floor of my house in the month of December two weeks short of the shortest day of the year. It is night. The windows show only black except for reflections of the overhead lights. I am listening to George Winston’s December. Kathy is sitting in a straight-backed chair only a few feet away, doing what she does every day, watching me work. As I listen to the music and look at her smiling face capped by white hair, an unbidden phrase runs through my head — goodbye to all that. It is the title of a famous book by Robert Graves written after his experience of World War I, but I am not thinking of Robert Graves tonight or his book or World War I.

I am thinking that I am 74, that I retired from teaching more than 10 years ago, that we are in the last month of the year, that it is night, and that Kathy, my second wife, is now in a late stage of dementia. She no longer knows my name or her own full name, where we live, how to drive, read, write or even be alone. She can undertake no tasks, even the most basic and private, alone. She must be helped with everything — dressing and undressing, eating, bathing, the toilet and more. But tonight I am looking past all that, remembering when none of this was true and she was young and beautiful. In particular, I am remembering the thin, tan dress she wore on our wedding day, the way light passed through it and the way she used to walk with a sway when she came toward me in heels. As a chill winter night blows a cold kiss upon a distant summer day, so Kathy’s dementia has blown a cold kiss upon the beautiful young woman she once was.

Still, I remember the night we met, she a mere 33 and I 36. It was a Young Single Parents dance. She wore tan that night, too, and we moved across the floor as though we were one. No one ever danced better with me. And I remember the first meal she made for me, Chicken Waikiki, in April of the next year, just as the trees were coming into bloom. Again she wore tan and moved about her kitchen with a dancer’s grace.

Pictures and words flow through us, notes on a piano. In the December of all our lives, we wave to our memories.

So begins a parade of memories through courtship of Kathy, marriage and divorce, followed by 14 years during which we never saw each other even once. And then that first sight of her after all those years walking toward me down the main corridor of the water filtration plant where she worked. It was four in the afternoon of April 23, 1994, and she was swaying slightly in her backless heels as she came toward me in a tan skirt and cream blouse. And I remember the January afternoon in 2004 when she came home from the plant sobbing because she could not remember how to do a routine task. Something was desperately wrong, she knew, and she never set foot in the plant again, thus beginning her long journey into the winter of dementia. Moments from these years are playing like film clips on this December night, when the phrase runs through my head for the first time — goodbye to all that.

Only then do I begin thinking across my life and the lives of everyone north of 70. No matter how healthy, prosperous, befriended and happy, no matter how many lovely children and grandchildren, we have all arrived at that time of life when through our heads nearly every day run memories of long ago, memories of those we have loved dearly, some of whom are no longer with us, and of times in our lives when the future seemed forever and was as bright as the noonday sun. A cold wind blows over these memories, and the words come pacing slow — goodbye to all that.

Winston’s December is the perfect accompaniment to my reflection, for it bears not only sadness but a haunting beauty. Yes, there is no more youth and not much personal beauty either, but it is all part of the great circle of life, and no part of the circle is without beauty. Put a quarter on this page and carefully trace a circle around it. What part of the circle is not perfect? What part is not beautiful? The phrase “goodbye to all that” is the mere tracing of a finger along the last part of the circle.

In one part of the circle a girl comes to me again, a girl I fell in love with when I was 20 and never saw again after I was 21. She was beautiful and happy and gifted with an easy love of life I never had. When I was 1 and 20, I would have given anything for her to be mine. But I was too unconfident even to try. A half-century later I do not know whether she is alive or if she is still beautiful or whether life turned out to be the easy, bejeweled thing it once seemed to be in her company. On this December night I can only glide past the peaks and troughs of all the years in between, to listen once again to Percy Faith’s orchestra playing “Theme from A Summer Place” across the small lake in which we were standing up to our hips, looking into each other’s eyes late on an August night, and then to settle on a college homecoming weekend a few months later when I was 20 and she 19 and all the lights of the campus shone in those same eyes — and whisper goodbye to all that.

In this part of the circle I remember the beautiful woman who became my first wife and her honey-blonde twist of hair that shone in the sun all our young days, and the three sons we brought into this life who were as beautiful as it’s possible for children to be, and how those young years slipped away like an arpeggio, and soon my sons were young men and then middle-aged fathers who no longer resembled the boys in the photos in every room of this house. In my mind I walk through each room waving goodbye to all that.

In particular I remember a June morning in 1975 when that divorce was only weeks from being final and our house had been sold but not yet closed on. I awoke just after dawn and made my way alone to the second floor. I turned to look out the small windows at the bend of the stairwell. They gave out onto our backyard. It shimmered in the early morning light, and I sat down on the landing above the windows to have one long last look. The roses had just come into bloom, the grass shone with the dew, the light on the side of the garage was a painter’s light. How long did I sit there? I didn’t notice, for I knew this would be my last view of the yard in this light. In a few weeks I would turn 35. Now, well more than half my life ago, the sight and smell of that spring morning linger again as I whisper goodbye to all that.

In this part of the circle I remember the best friend of my life, a philosopher and photographer and teacher and a lover of jazz and convertibles and beautiful young women, of whom he knew many. Gone now, my friend, 30 years, collected by Lou Gehrig’s disease at only 47, but still in my memory every week. For the 14 years I knew him we were closer than brothers. He never stinted on invitations, and hundreds of times we talked and laughed and told stories late into the night. When he died, a light went out never to be lit again. On that night I said goodbye to all that. Thirty years later, on a dark winter night with George Winston playing, I say goodbye to all that again.

In this part of the circle a certain summer in Paris comes back to me. Nearly 40 years ago I shepherded a group of college students for a summer of study at the Sorbonne. In our house, the Maison de l’Inde, on the campus of the Cité Universitaire, I fell in with a marvelous group of graduate students who knew French, knew Paris and, best of all, knew how to have fun. One festive night we danced and sang our way, the bunch of us, down the middle of the Rue des Rosiers in the Jewish quarter. A bright piece of joy we were, and café patrons toasted us all along the way. We were a moveable feast that night, and many other days and nights, too.

At the end of my six-week stay, as I was leaving our house for the last time, loaded with luggage at nearly midnight, my best friend of that summer, a Portuguese American from Massachusetts named Luigi, stood on the porch watching me. The night was warm and the sky brilliant with stars. A distance down the path, I turned and looked back. Luigi was shining the huge smile he had beamed all summer. He raised his arm and waved. “Maybe again another summer,” he called out. Though I have returned to Paris other summers and autumns, there never was another summer like that one, and there never was another Luigi. Of course I knew there never would be, even as I called back, “Yes, another time in Paris.” Forty years on I must acknowledge a final goodbye to all that.

No end of memories in this part of the circle. A certain slant of light, a certain song, a certain photograph, a certain whiff of flower or perfume or earth wet with spring — and we are, all of us, memory. In this part of the circle memory is a mountain brook in spring, and we are borne along on its waters. Pictures and words flow through us, notes on a piano. In the December of all our lives, we wave to our memories

goodbye to all that

goodbye to all that

goodbye to all that.

But of course we aren’t really waving goodbye to our memories. They will continue to play on our own private screens for as long as we live. Which movies on which days and at which hours we never know, for the films are delivered without requisition. A song, a scent, a look in the face, and our memories are at our doors, and they take their leave only when the beckoning finger of here and now insists. Return engagements will be many, we hope, and for as long as we live.

Mel Livatino lives in Evanston, Illinois. A regular contributor to this magazine, he has published in The Sewanee Review, Portland, Under the Sun, Writing on the Edge, River Teeth and other publications. Since 2008, 10 of these essays have been named notable essays of the year by Robert Atwan’s Best American Essays annual.