When asked once what he produced, director Alfred Hitchcock replied, “Goosebumps.” Filmmaker Greg Kohs ’88 wants viewers of his documentaries to get goosebumps, too. But while Hitchcock, a master of suspense, was talking about hair-raising dread, Kohs is talking about the shivers one gets from a strong emotional reaction. 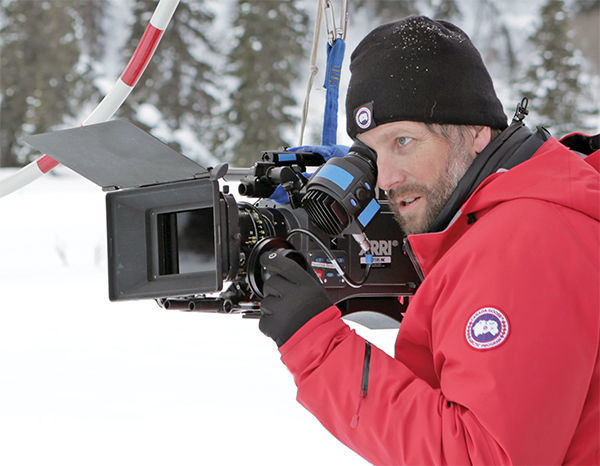 “I’m always after telling a soulful story,” says Kohs. “I want people to connect in some way . . . to make people feel.”

His focus on emotional connection may explain the decision Kohs made about 15 years ago to turn down an offer to direct a Hollywood movie that featured a major comedic star.

“My wife though I was crazy,” he says. But the “entertainment industry grid” held little appeal for Kohs, who opted to stay rooted with Andrea Mihalik and their three children in their Haddonfield, New Jersey, home. “Time spent at home is important,” the 49-year-old says.

The Detroit native’s working life behind a camera started in South Bend, when he worked at WNDU-TV, directed projects for Golden Dome Productions and freelanced as a still photographer for Notre Dame’s athletic department. About a year after graduating from ND, he moved east for a job at NFL Films.

“I wrote, directed, edited football film. I also filmed games all over the country every Sunday, including 10 Super Bowls.” he says. Kohs also began directing TV commercials for various NFL sponsors. “I enjoyed that,” he says.

After a decade with NFL Films, during which he won 10 Emmy awards, Kohs moved in 2001 to an international production company and began directing TV commercials around the world, including several in Cape Town, South Africa. “I’m happy about the opportunities this profession provides me,” he says.

Still, a different enterprise was on his mind. “I realized I wanted to be a filmmaker.”

A couple years before he left NFL Films, Kohs happened to hear a tribute act performing a Neil Diamond song. “It was kind of nostalgic for me,” he says, because when he was in the sixth grade, his parents took him to a Neil Diamond concert.

He arranged to meet the tribute duo, a married couple who performed as Lightning & Thunder, and was captivated by their life story. And thus began Kohs’ 10-year-long winding journey of making his first independent documentary — while continuing to shoot TV commercials. Song Sung Blue was released in 2008. “The film took people by surprise,” Kohs says, as it zeroed in on many of the negative events the Wisconsin couple faced. “Their perseverance — that really was appealing to me.”

Kohs admits that putting together the self-financed film proved “very stressful” for him, but reaction to the documentary may have eased that pain. Whenever it was shown at a film festival — including ones in Philadelphia, Atlanta, Sydney, Chicago and Temecula — Song Sung Blue won audience raves and grand jury awards. It even captured a three-star review from renowned critic Roger Ebert, who called it “superb” and showed it during his 2010 EbertFest. (The film can be rented through Kohs’ website, reelasdirt.com.)

While Kohs was pleased with the positive reactions from critics and viewers, his first foray into feature-length storytelling opened his eyes to the hard financial facts of independent filmmaking. “I haven’t made my films because the paycheck is big,” he says. “I benefit way more in my soul than in my bank account.”

His soul was touched once again in 2007 when he was directing a commercial that featured Lance Mackey, the four-time Iditarod champion and a cancer survivor. The two began talking, says Kohs, “and I realized there was a much bigger story than what 90 seconds could do.”

He began shooting feature footage of Mackey in 2013, this time after putting together an investment package that would underwrite his efforts, and Kohs’ second long-form documentary, The Great Alone, hit the film festival circuit in early 2015.

Lately, Kohs says, he is enjoying “a nice balance of commerce and creative.” One day, for instance, while shooting a short film for Apple about its CEO Tim Cook and his advocacy for human rights, Kohs interviewed Fred Gray, who represented Rosa Parks. The following day he was in the office of congressman and civil rights leader John Lewis. “Pages of history books were just opened right in front of me.”

He’s also giving back to Notre Dame. In 2014, Kohs was asked by Ted Mandell, a faculty member in the Department of Film, Television, and Theatre, to direct a short for the University’s First Time Fans series — brief documentaries by award-winning alumni filmmakers that follow various people attending a ND football game for the first time.

“Take the deeply personal storytelling he did with Song Sung Blue and combine it with his wealth of experience at NFL films,” says Mandell, “and he seemed like a perfect fit for First Time Fans.”

Kohs is working on his third feature-length documentary this year, and in yet another of those “goosebump” connections that grab Kohs’ attention, he was led to the subject by a conversation he had with Mandell.

Mandell told Kohs a story about Harry Oliver ’83, who, as a junior in 1980 under coach Dan Devine, kicked a 51-yard field goal as time expired in a Notre Dame-Michigan game, giving ND a 29-27 victory over the Wolverines.

Oliver had been coached at Moeller High School by Gerry Faust, who then coached the kicker in his final season at Notre Dame. Tragically, Oliver died of cancer in 2007 at age 47. “When Harry passed away,” says Mandell, “apparently Coach Faust was on his way to the hospital to see him one last time.”

Faust was head coach at Notre Dame from 1981 to ’85, compiling a 30-26-1 record. The positive effect Faust has had on his former players, says Kohs, spoke to him. “His greatest victory isn’t winning games,” the filmmaker says, “it’s winning hearts.”

The documentary, under the working title Faust, is about two years from release. Plenty of time to stock up on Kleenex.