Imagine your day as an assistant director of the Edwynn Houk Gallery in New York City, where your focus is on photography. It could involve anything from working with Annie Leibovitz to Elliott Erwitt. You practically feel like you can step into the photos. 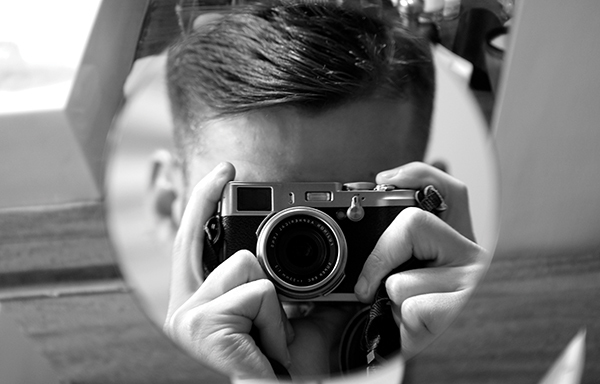 “A photographer suggested I contact this agency because they thought I could get work as a model,” he says. “I thought, ‘why not?’”

That thought has led him to the runways of Milan and Paris — with a little help from a fellow Domer.

Rocca had been immersed in photography from a young age. “My mom collects photographs, so I grew up with her influence,” he says. “I love honesty in photos, capturing a glimpse of something that’s natural and maybe even giving us an insight into life. I even wrote a paper on Sally Mann, which won an award at Notre Dame. My mother had some of her photos . . . and they were like mysteries to try and figure out.”

It was that college paper that partly set him on his way. “It was an independent study, and it was essentially framing and analyzing Sally Mann’s Immediate Family work,” he says. “I was interviewing with the Edwynn Houk Gallery, and when I mentioned the paper, the director said they would love to see it and thought Edwynn would love to see it. . . . It definitely was a positive towards getting the job.”

And a major positive during his time at the gallery, which began in 2006, were the talents he had the opportunity to work with.

How do you describe rubbing elbows with Leibovitz, one of the most celebrated U.S. photographers of the last 50 years? “She’s just amazing, to see the prints, to think about the span of her career. We had a whole selection of works of hers, doing a lot of American music-oriented work. My favorite we had may have been a portrait of Willie Nelson, again that idea of honesty and simplicity. That particular photograph is a close-up of his beard, and you get a feeling of his age and wisdom — and it’s iconic, but it’s not trying to be.”

Erwitt was another notable. “He’s really funny, and he has a studio near Central Park,” Rocca says. “You walk through the park, and then you’re at his ground floor area that’s almost like some kind of a Woody Allen set, lively, assistants about. He creates this great energy.” 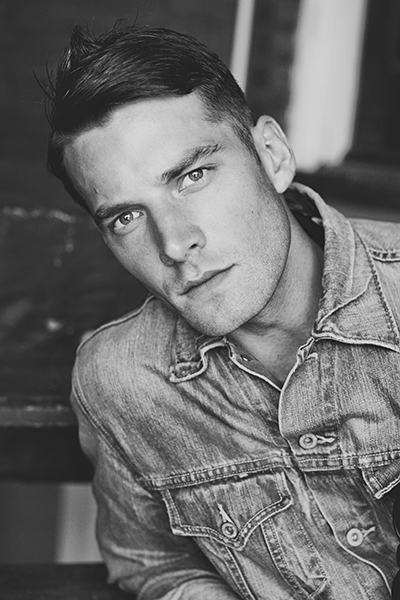 Unfortunately, some of the energy of the business slowed. As an assistant director in a photographic epicenter like New York, he admittedly had a romantic notion when it came to the world of artists and producing art. “In 2009, the art business fell out with real estate, and it became a luxury item, one many just could no longer afford,” he says. “To see that happen, that was hard.”

But that same year, he met fellow Notre Dame graduate and fashion designer Thom Browne ’88, who eventually was able to offer an artistic assist to Rocca.

“I actually met Thom Browne in New York — he had a meeting at Bergdorf, and I was just leaving the gallery to go to lunch. I had a chance to introduce myself, and he gave me his card and we stayed in touch,” says Rocca, adding, “Down the road, I had dinner with him and a friend of mine . . . and I had mentioned to Thom that I had on my bucket list to walk a runway show. He thought that could be made to happen.”

It happened in 2015, and Rocca, who has been represented by Ford Models and Wilhelmina Models, found it to be an adrenaline rush. Despite the pressure, he says he found a confident stride, which he partly credits to his sports experiences. “Through the thrill of playing baseball and doing boxing, you know to be on and be ready.”

Rocca says he will always remember the flashbulbs of Milan in 2015 for the Moncler show. “You can enjoy it and take it in, but you’ve got a job to do,” says the 32-year-old, who has also modeled for Barneys and Cadillac. “It is like a sporting event over in Italy.”

That time was special for another reason. “On that trip, I went to the village where my great-grandfather was born in Northern Italy and I asked my wife to marry me,” he says. “Just an amazing time.”

Along the way, Rocca hasn’t just jumped into photos, he’s also started snapping them professionally. The runway is exciting, but he doesn’t see why you can’t try being both the canvas and a creator. “You can’t let the photographers have all the fun!” he says, laughing. He’s been focusing on architecture and landscape, doing some work for Edward Carroll ’83 of SRA Architecture and Engineering. “I love getting a chance to try and help when it comes to someone’s work like that. I want it to become a bigger part of my career.”

Clothing store The Sock Hop in New York City has used Rocca both as a photographer and a model. “He can fill the frame or cast it,” says co-owner Vincent Nasserbakht. “And, either way, he’s going to bring passion to a project.”

Rocca has come alive in moving pictures as well, having turned acting study into doing commercials for companies such as MasterCard and Kia. Last year he auditioned for the long-running TV show Nashville, which is also the city where he now lives. “These are all avenues to experience,” he says. “I don’t let fear of failure stop me because you still can learn from what doesn’t work out. . . . Rejection isn’t fun, but you can’t avoid it.”

That attitude has helped Rocca live a life connected to the lens, whether supporting the artist, being the artist, or even the canvas; starting with the wide-eyed wonder of a child taking in Sally Mann and culminating in a multifaceted man of experience who still retains that feeling of wonder, that appreciation of being associated with the creative world.

“I’m grateful for it, and it shows you can’t fully know what’s going to happen,” he says. “The goal is to continue to grow.”

Eric Butterman has previously profiled Regis Philbin ’53 and Anne Heaton ’94 for this magazine. Email him at ericbutterman@yahoo.com.