“Take back control” and “Make America great again.” Those are the winning slogans of the most surprising democratic results in a long time. Revisiting them is the shortest way to sum up what it looks like when two major powers and economies say “enough is enough” and shut their doors on old ways and old friends. To those who favor globalization, it is scary reading.

Now, with British voters’ decision to leave the European Union and the U.S. election of a protectionist president, what will happen to the “special relationship” between the United States and the United Kingdom? 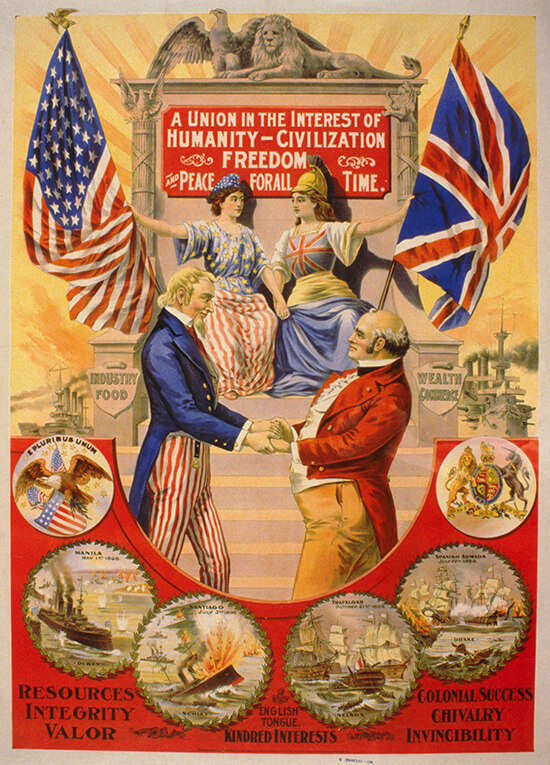 Stephen Bridges, the British consul general in Chicago, offered an answer to that question last week at the Morris Inn as the Nanovic Institute for European Studies continued its occasional Lunch with a Diplomat series.

Bridges started off his talk by assuring the many students and South Bend residents in the room that while the U.K. is leaving the E.U., it is not going to disconnect itself completely from continental Europe.

“We’ve always been European. We always will be European. When the Romans came we were European,” he said. “That’s not going to change.

“Go to London, face north, turn right,” he continued. “When you get to the water, find a way to get across to the other side into France. Turn left when you get there and just go up to northern France and Belgium and see mile after mile after mile of the little white crosses of Brits who died for the security of Europe."

Such statements can be made about soldiers from other countries as well, especially American soldiers. But Bridges’ point was to emphasize that both the U.K. and the U.S. have been committed to Europe for a long time.

Nevertheless, it seems as though that commitment is, at least to some extent, changing, especially when it comes to trade. A year or even six months ago, people like me were starting to feel certain that a proposed free-trade agreement between the U.S. and an intact E.U., the Transatlantic Trade and Investment Partnership (TTIP), would become reality in a not-too-distant future. Now it appears that London, the financial powerhouse of Europe, won’t be a part of that deal, and President-elect Donald Trump has — much like his defeated opponent, Hillary Clinton, but unlike President Obama — cast strong doubts on its official adoption.

“It is really hard for me to see that that has legs anymore, especially with us gone,” Bridges said.

Where, then, does that leave trade between Britain and the U.S.? According to the consul general, while the people’s decision in the Brexit referendum last June was surprising, the U.K.’s governing party and its approach to trade with the U.S. hasn’t changed.

“Whichever way your new government goes,” he assured his mostly American audience, “we will be banging a drum for free trade because it is what we believe in,” he said. “Because you are the most important nation on Earth, we will continue to work hard to be alongside you.”

Of course, as Bridges pointed out, trade isn’t the only area in which the two longtime allies work together. President-elect Trump also spent some time talking about military partnerships during his campaign.

“Donald Trump has a point about NATO,” Bridges said. “You guys spend 72 percent of NATO’s budget. That is unacceptable in the modern age. And here I get discussions in Europe about a European army. Well, before you start talking about a European army, pay your dues into NATO, make sure that NATO is functioning as it should.”

The U.K., he claimed, is one of four NATO countries besides the U.S. that pulls its financial weight. “What makes Britain the most important ally that the United States has is not our soft power, it’s our hard power. We stand up to the plate, we spend 2 percent of our GDP on defense,” he said.

Culture is another significant facet of the bilateral relationship. The countries are becoming more similar, and that is just going to increase, Bridges indicated. Interest in soccer, for instance, is on the rise in the U.S., with clubs spending millions of dollars to sign English stars such as Steven Gerrard, Frank Lampard and David Beckham. Britain, meanwhile, seems ready to embrace American football.

“Prediction,” Bridges said, with a wink toward his failures to predict the outcomes of the Brexit vote, the U.S. presidential race and other contests. “Within five years there will be an NFL franchise in the U.K. I’ll even give you the name of the franchise if you ask me later and if you buy me a cup of coffee.”

While journalistic integrity kept me from taking the consul general to Starbucks in the hope he would elaborate, Bridges did give offer another forecast for free.

“We are not falling off the end of a cliff. We are still a very proud, globalized nation and we will continue to be that. Things will be different, but they won’t all be for the bad,” he said. “I think the nature of the U.K.-U.S. relationship will be even more special than it has been as we move forward.”