Craig Counsell ’92 was a .255 career hitter playing for five teams in 16 major league seasons. But in the 1997 World Series with the Florida Marlins, Counsell (his sacrifice fly having tied the game in the bottom of the 9th) scored the winning run of Game Seven in the bottom of the 11th inning, going airborne in exultation to do so. 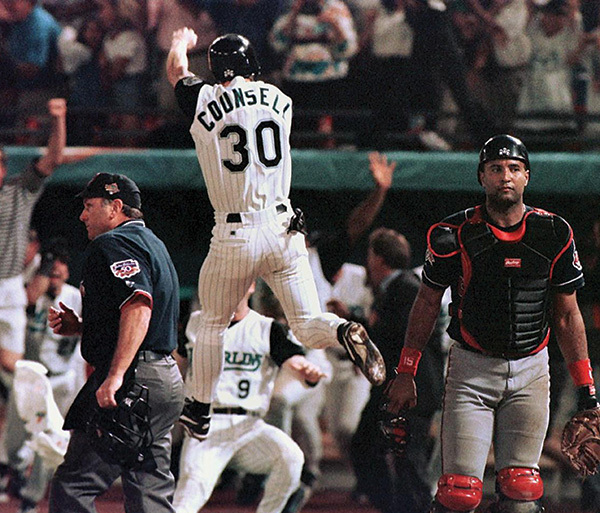 Four years later, with the Arizona Diamondbacks, Counsell was the MVP of the National League Championship Series, and then in Game Seven of the World Series against the New York Yankees was plunked in the back by a Mariano Rivera fastball in the bottom of the 9th to load the bases for a game-winning single by Luis Gonzalez. Pretty fun.

Counsell, who grew up in Whitefish Bay, Wisconsin, is now the manager of the Milwaukee Brewers. Maybe fun sometimes.