Soldiers often say they want to die with their boots on, but not Pat. She wanted to die with her flip flops on. She was a Boston transplant. Never married, no kids. Proud of being one of the first female field workers for the gas company in Boston. When it was time to retire 13 years ago, she didn’t hesitate. She moved to San Diego, near her brother. “It just always felt like I was coming home when I’d get off the plane here,” she told me.

I admired Pat’s moxie and her ability to say whatever was on her mind. Though she was described by her brother as a private person who liked her own space, she was welcoming when her hospice nurse, America, and I visited her in her home for the first time. She had advanced multiple myeloma, and her stomach was so distended that she looked 9 months pregnant. The cancer was taking over her body; she was sick several times during our visit. I would only see her alive one more time, two days later, so weak she could barely move from her bed. And make no mistake about it, it was her bed. No matter how much we pleaded with her to let us install a mechanical hospital bed, she refused. “I want to die in my own bed,” she said, and we, of course, would honor her wishes. 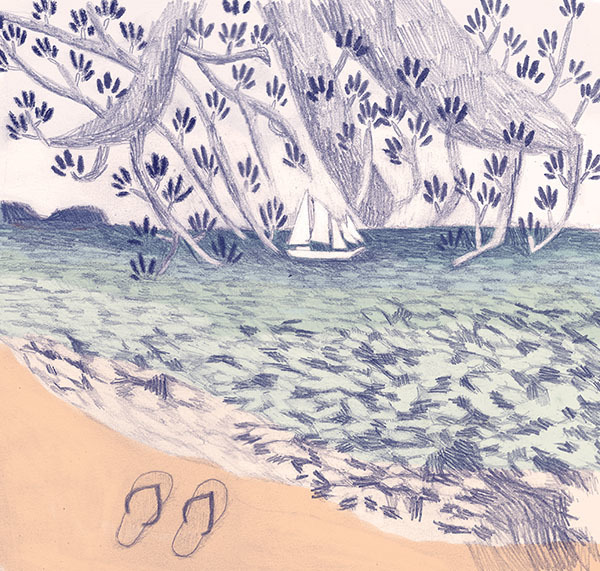 “I’m not religious. I believe in God, but I’m not one of those religious type people,” she told me, assuming that any hospice chaplain would be asking about such things. “I have a friend who is trying to convert me, or save me. I have no problem with religion in general, but it’s not for me, thank you.”

Somewhere along the way she told me she wasn’t sure there was anything after death, but she was still ready for it to come. “It’s gotta be better than this pain and suffering.” So I asked her about her practical post-death plans. Cremation or burial? “Oh, I have that taken care of. I have a small insurance policy, and I’ve asked my brother and his family to use that to take my ashes down to Saint Thomas and spread them there. That island is the most gorgeous place in the world. It’s one of those places that makes you say ‘God must exist, because there must have been a hand in making something so beautiful.’” And that was her witness and last testament. Or at least the end of the visit. By then, she was too sick to continue.

In less than a week I was rushing to her home after receiving word that she had just died. America and I were greeted at the door by her brother. An introverted, stoic man, who works as a border patrol agent. He was doing his best to keep any emotion, especially sadness, at arm’s length. After a few words with him, we entered Pat’s bedroom. She was lying in her bed, the color and the life gone out of her face. But she looked peaceful. I imagined her walking along the beautiful white beaches and azure blue waters of Saint Thomas, free of all care and worry and suffering.

As America pulled back her covers, we were both pleasantly surprised to see that her brother had done something quite lovely after her death. He had put her pink flip flops on her feet. “I know she wanted that,” he said

A sign read in her hallway read: “Life is better in flip flops.” And, perhaps, so is death sometimes. Pat reminded me that what matters most is finding how we can walk closer to that God who has painted the world with such beauty that we just have to believe.

Chris Sikora, who lives in Carlsbad, California, and works as a hospice chaplain, is grateful to be surrounded by beauty each day.