Another disaster has befallen Haiti in the form of Hurricane Matthew. Conservative official estimates cite more than 1,000 lives lost and property damage totaling $1 billion, and from the outside portrayals, the death and destruction is expected to further cripple the country, our poorest neighbor in the hemisphere.

But Haiti is not the sum of a series of disasters, both natural and man-made. The country has been improving since the 2010 earthquake that killed hundreds of thousands of Haitians, and it truly had been “built back better,” to paraphrase the mantra of the post-earthquake relief and recovery efforts. The hurricane is a formidable block to the progress there, but it is by no means a knockout blow. Nor is Haiti a helpless, hopeless case, waiting for saviors from abroad. If anything was gained from the international response in the earthquake’s aftermath, it is the certainty that the international community needs to study its mistakes that too often made bad situations worse. In short: More listening and less talking. 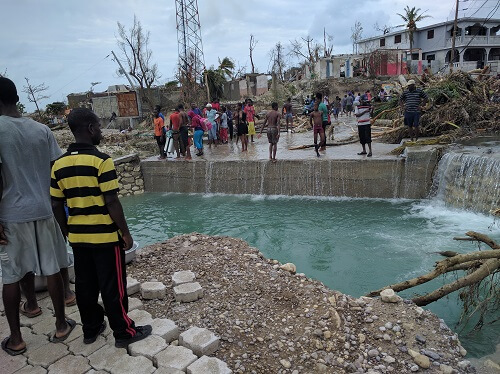 From my temporarily safe perch in Florida, I watched Matthew’s eye come ashore in Haiti on the morning of October 4, frightened by the storm sheer size in relation to the tiny towns dotting Haiti’s southern coast. I couldn’t sleep, instead checking on the progress of the virtual storm every three hours as the National Hurricane Center released updates. Having lived in Haiti for four years, I knew how badly a massive storm could wreck the already weak infrastructure there. Within hours, I was boarding a donated private jet in Miami to fly around the storm as it made its way toward us.

Two days after the storm, Innovating Health International, the non-profit organization I formed earlier this year to provide chronic disease and women’s health treatment, entered an agreement with Haiti Air Ambulance, the country’s only emergency medical helicopter unit, to assess emergency medical needs and begin triage efforts. We loaded up the helicopters and flew west from Port-au-Prince, finding ourselves the first outside medical team in many of these towns. Les Cayes, a major city in the South, was hit hard. Winds and flooding had damaged as much as 40 percent of the buildings. From there, we flew to Port Salut, a lazy beach town popular with local tourists, and the damage became more apparent. Riding a motorcycle taxi around town, we saw dozens of downed trees and power lines and a bridge collapse that effectively cut the town in half. Port Salut’s hospital was functioning with dedicated staff. We left them with supplies and a promise to return the next day to evacuate a sick patient.

Then we took off again up the western coast toward Jeremie. From 2,000 feet, the near-total devastation was heartbreaking. My heart practically dropped out of the helicopter. We could see few signs of life in the towns below — no cars or motorcycles, no cooking fires or laundry laid out. Here and there, people had neatly organized a few bodies in a row along the beach. Even in this blog you’ll see pictures of destruction — disaster porn, if you will — that causes jaws to gape but does little to convey the true situation on the ground. The death toll is likely double the official estimate. Now, with crops destroyed and much of the livestock killed in Haiti’s most productive agricultural land, rising food prices and famine are real possibilities in the next few months.

I hesitate as I write this because I know that in the midst of disaster, any response must be well planned — not just well intentioned. The cholera epidemic is the perfect example of good intentions paving a lasting road to hell. Brought to Haiti in October 2010 by United Nations troops from Nepal, cholera has since killed over 10,000 Haitians. The U.N. only recently admitted any culpability in the epidemic and has yet to allocate resources to clean up their mess. After Matthew, with clean water at a premium, over 1,500 new cases have already popped up in the country’s hardest hit regions. The lesson learned, in my view, is that foreign aid and personnel must not simply be seen as a pure good, the full solution to the problem, but as resources that need to be well-managed, deployed with sensitivity and respect for local circumstances, and responsive to the needs of the people and communities that receive them.

Here are a few things that Hurricane Matthew’s responders should know. Haiti is a proud country. It is the world’s first black republic, created by the first successful slave insurrection in history. The country’s long southern peninsula, isolated from the capital and the north by poor roads and mountains, has always been fiercely independent and the cradle of many of the country’s coupes d’etat. It has developed its own customs for coping with adversity rather than waiting for or depending on outside help.

In that way, the region is significantly different from Haiti’s capital and largest city, which suffered the worst and most widespread damage from the 2010 earthquake. Port-au-Prince is a new home to people from all over the island nation, the result of a population boom over the last 30 years that has yet to establish effective social structures or rooted, caring communities. By contrast, the social fabric along Haiti’s southern peninsula is strong. 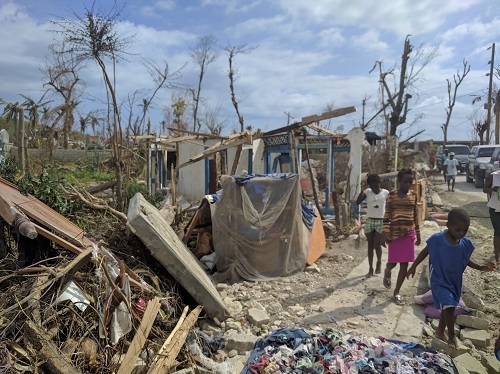 As IHI takes steps to see how it can help, we’re trying to keep these things in mind so we don’t wind up making things worse. We’re buying everything we can in Haiti in order to support local markets. We’re working with the leaders of small, local collectives, called konbit in Creole. One group actually found us and asked for our collaboration to staff the community’s hospital with a doctor and donate medical supplies. Three leaders of the konbit called me to coordinate different aspects of the mission, and without a prior meeting, they picked up a doctor within an hour and started the ten-hour car journey back to their devastated home city.

The next week, with our partners at the Jack Brewer Foundation and other organizations, we coordinated with the coastal towns’ konbit to deliver food, water and more medical supplies. They came with their own massive truck, splitting the costs and donations between four towns. In four years living in Haiti, I have not seen anything to rival this level of community cooperation. This week, they will drive all the way to Port-au-Prince to pick up the next shipment of aid — and they made a request that reminded me of that old cliché about teaching a man to fish: nets, hooks and lines to rebuild their temporarily disrupted fishing industry.

I don’t want to discourage anyone reading this from reaching for their wallet. Quite the opposite. Haiti does need outside financial help, but the funds need to be directed by local government officials, konbit groups and non-profits that have been operating in the country for years — rather than by the parachute behemoths of the international relief community that have a terrible record here. Funds enable Haitian organizations and their trusted partners to purchase supplies locally, hire staff from the community who know the area best, and support local economies. That’s the way to strengthen a Haiti that can respond to its own disasters with confidence and capacity, rather than with justifiable fear.