“How long have you had the bleeding?” 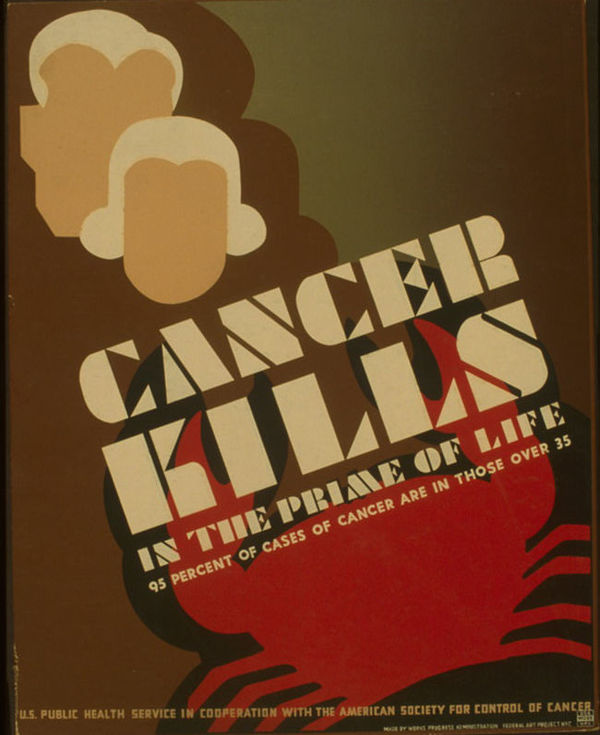 Ange’s angular face no longer retains the beauty of her youth. The sharp lines around her mouth speak of a long life packed into a brief 42 years. She is well dressed, but her manner of speaking betrays the poverty in which she exists.

Ange has advanced cervical cancer, a completely preventable disease. In fact, cervical cancer can take as long as a decade to develop, during which time — in Ange’s case — any screening test might easily have determined that the abnormal bundle of cells on her cervix needed to be removed. Ange, however, does not have health insurance. As a result, the medical system has bounced her from doctor to doctor without offering real assistance.

While cervical cancer has dropped out of the top 10 cancer killers in most developed countries — thanks to a simple screening test, the Pap smear — it tops the list in Haiti, where Ange is my patient. After performing a brief examination to determine the stage of her illness, I tell Ange that, with the support of a few generous individuals, our program can help pay for her radiation therapy in the Dominican Republic. Like all late-stage care, radiation is expensive — $2,000 per patient — compared to the $3 test that could have prevented Ange’s cancer from forming in the first place.

Ange’s story is no different from the stories of many women in the United States, particularly among the poor and uninsured. Advanced health care means nothing if people cannot get it. According to the Kaiser Family Foundation, some 20 percent of Americans without health insurance live without basic preventive healthcare services like the Pap smear. What’s worse, under the American Health Care Act (AHCA), which failed in the U.S. House of Representatives late last month, Planned Parenthood, the largest provider of women’s care in the United States., would have lost federal support. Its public funding remains a target for elimination among political opponents who object to the organization’s provision of abortion services.

The defeat of the Obamacare repeal effort should be taken as a clarion call to aggressively push for universal health insurance.

I wonder what would happen to Ange if she lived in the United States. Would her situation be any better? What will happen to the 270,000 American women who today rely on Planned Parenthood for cervical cancer screening? What will happen to the 24 million people who would have lost health insurance under AHCA, per a Congressional Budget Office estimate? In my view, the most important question that remains from that debate is how we might develop bipartisan ideas to guarantee healthcare for all.

The defeat of Obamacare repeal does nothing for the 28 million people under the age of 65 who, Kaiser estimates, still lack health insurance. Most of these Americans live in the 19 states that refuse to expand Medicaid, the nation’s public insurance program for the poor. How do we as Americans justify our society’s stance among the last in the developed world not to provide universal health care?

I see a sad case like Ange’s every week in Haiti. I see at least one each week in Florida, too, because of the anemic Medicaid funding in the Sunshine State. The truth is that my patients in Haiti face nothing more than a difference in the scale of their health care problems when compared with my patients in Florida. The underlying philosophy in Haiti and the United States. is that society should ration care based on who can afford it. Unnecessary cases of advanced cancer will remain the norm in both countries as long as this view prevails. If we cut or eliminate funding for Medicaid and Planned Parenthood, we will actually start seeing advanced cervical cancer rates rise again. Pap smears can cost $200 or more when paid with cash. Even under the status quo, in which the Affordable Care Act requires insurance plans to cover Pap smears and other preventive tests, the United States’ survival rate still ranks only twenty-second worldwide in cervical cancer care.

Uninsured Americans rely on a network of local health centers, which often lack many basic blood tests and medications. Doctors are only as useful as the tools at their disposal. Patients can always receive care in emergency rooms, but they will be discharged as soon as the acute issue is resolved. Under such protocols, uninsured cancer patients might obtain a biopsy or CAT scan in the hospital, but they won’t get chemotherapy or surgery after discharge. We must push for more and better care, not less and worse. The defeat of the Obamacare repeal effort should be taken as a clarion call to aggressively push for universal health insurance: A combination of private and public payment options that guarantees a minimum standard of care.

If compassion fails to persuade us, costs should. Cancer, like the strokes, heart attacks and kidney failure that too often result from poorly controlled diabetes or high blood pressure, can be a terribly expensive illness. The money we think we are saving by denying universal coverage for basic preventive healthcare costs pales next to what we pay when the preventable takes hold, and taxpayers pick up the bill.

Naturally, we will always have the option that awaits most of Haiti’s working poor: Simply let people die. It’s cheap and cost-effective and it hardly ever fails. Haiti’s government, while complicit in the country’s chronic dysfunction, simply does not have the funding to provide care for its 10 million people. The United States has no such excuse. We have the financial resources to insure our citizens, but we regularly choose defense spending hikes or tax cuts instead.

Ange came to my clinic with her teenage daughter, who was directing her young mother’s care. I couldn’t help wondering whether our screening program would one day protect her from a completely preventable death. In our own country, we must learn the lesson now. Most American believe the federal government is responsible to ensure universal health coverage. As we strive to help Haitians and others, the time has come for us to guarantee access to health care for everyone at home.