John Doe’s hair looks like it is usually blond, but now it is covered in dried blood and caked to his scalp. Unfortunately, there is often a John Doe in the trauma hospital I work at in Port-au-Prince. People are victims of motor vehicle accidents, falling off of motorcycles or out of tap taps, the brightly colored pickup trucks that function as public transportation. Gun shots tear through their abdomen or bounce off of their skull.

They are brought into the hospital by the tap tap driver or a Good Samaritan who doesn’t know their identity but doesn’t want them to die in the street. Their nameless, unconscious bodies are registered as John or Jane or Jean or Jeanne depending on the triage registrar’s English affinity. After mass casualty events like a bus crash, the three beds in the ER are full of John, Jean and Jeanne Doe. A relation-less family sharing a last name until a blood relative comes looking for them at all area hospitals. Otherwise, we have no way of contacting the actual family, and the patient remains nameless until they wake up or pass away.

But this man evokes different emotions for me, partially because he is a foreigner, and therefore a much rarer victim in Haiti. I see myself in him not because of the color of his skin, but because he, too, is far away from home, and his mission is probably similar to mine. Perhaps he came to Haiti to educate the youth or care for children at an orphanage. He might be here building a school or working in microfinance. 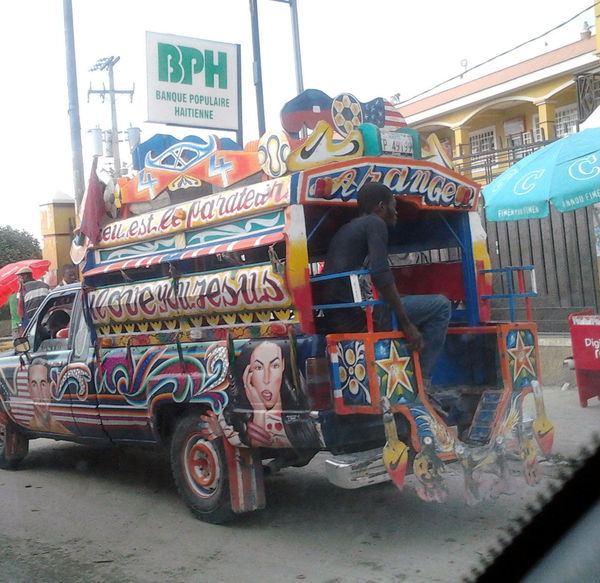 Now, after being robbed and severely beaten in a neighborhood that is 45 minutes from the hospital, he is in critical condition. His eyes are purple and swollen shut, and his skull was dented by a large blunt object, likely a baseball bat.

We make guesses as to who John Doe is, hoping to help locate people who love him. Those who attacked him removed any clues from his pockets and any jewelry or watch he might have worn, so we use physical exam findings as identifiers. The dour, black shoes indicate that he might be an older missionary, perhaps a minister or priest. The unevenly dyed gray roots and the workman slacks negate the possibility that he is a businessman, and is instead some sort of humanitarian. The grime under his fingernails and soft hands hint that he has been getting his hands dirty in Haiti for more than a few days, but he does not do manual labor for a living.

The pale skin made pink and freckled from the sun coupled with the fair hair invite guesses that he is Irish or from the Midwest of the United States, but could be from Dublin, Ireland or Dublin, Ohio. He has an appendectomy scar over the right side of his belly and a vertical scar over the midline of his right knee, from a total knee replacement several years ago. He is in his late 50s or early 60s, but is otherwise a mystery.

We call the American embassy, which sends over a 23-year-old boy in what looks like his father’s suit to gather details on poor John. Embassy officials contact the Haitian police to report the incident and also alert several nonprofits in the area about the injured man, in the hopes that he worked with them, but to no avail. We contact the embassies of the EU, France and Canada. I stumble in French through the explanation of why I’m calling the French embassy, asking him what we should do, talking around and around words I don’t know, prolonging our conversation. My contact calls back an hour later and assures me that all French citizens in Haiti are accounted for, his condescending tone suggesting that no Frenchman would be a John Doe.

The CAT scan of John’s head shows internal bleeding and severe swelling of the brain. We call the neurosurgeon to drain the pocket of blood and remove part of his skull in hopes of reducing the pressure on his brain. The operation lasts over six hours, late into the night, a truly heroic effort, before he is transferred to the ICU. He dies before morning.

His body is placed in the hospital morgue, a small, free-standing container near the rear of the facility. The other embassies confirm that they have no reports of a missing person, and nobody has come to claim his body from any of the local nonprofits. Haitian law mandates that a body which is unclaimed or from a family that cannot afford burial services must be incinerated, a practice we became all too familiar with after the earthquake.

John Doe’s friends or family could probably afford burial services, but they have no idea that he is dead. His brother or sister may be at work in their office or taking their children to school, completely unaware that they will never see him again. John Doe’s body is transported by ambulance to Port-au-Prince General Hospital and placed in the incinerator to be cremated, sending the smoke of his remains out into the atmosphere to mix with those of his ancestors, the closest he will come to finding family now.