Tom’s feet are shackled so he can’t bolt from the hospital bed when the prison guard isn’t looking. The guard places handcuffs on him when he walks to the bathroom and stands just outside the door as Tom relieves himself. Despite being treated for a deep tissue infection in one finger, Tom is in generally good shape, lean but muscular with the strong hands of a workman. Back in his room, sitting up in bed, he holds up his hand, wrapped in gauze, and asks about returning to his carpentry job when he’s healed.

Tom is not unlike many of my patients who are victims of the opioid epidemic. He had started taking opioids legally for back and joint pain related to his work, but he overused them in escalating doses as his tolerance grew, a common pattern in chronic opioid use. His addictions escalated from there to include heroin and, finally, methamphetamines. It took only a year and a half after his first narcotic pain pill to wind up in jail as a result of his addiction. 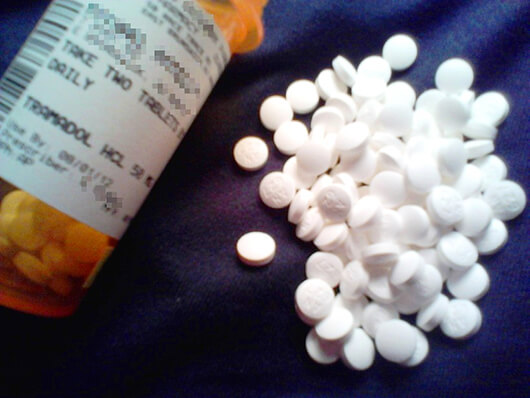 The term “victim” aptly describes those in the thralls of addiction to pharmaceutical-grade opioids. To place the blame on Tom or the tens of thousands of other Americans who are chemically dependent on the medications is to miss the larger picture. Much like fast food or sugary beverages, these pain medications have been aggressively pushed on consumers — in this case, doctors, hospitals and the American public — by pharmaceutical companies. The maker of OxyContin, for example, spent $200 million in a single year to market and promote it in the early 2000s, plus as much as $40 million in marketing bonuses for sales representatives. Manufacturers invited thousands of doctors to symposia and conferences on pain management, or handed out free trips or lunches as part of their marketing strategies. Meanwhile, according to the Centers for Disease Control, deaths attributed to opioid overdose have more than doubled from 1999 to 2011, and claimed more than 52,000 lives in 2016 alone.

The health care system is largely to blame for creating this epidemic. By consensus and widely used common practice, health care providers adopted pain as a “fifth vital sign” in 1999. Yet, unlike the traditional four — temperature, pulse, respiratory rate and blood pressure — pain has no objective data to back it up. Nurses might be instructed to ask patients about their pain levels every four hours, and sometimes even more frequently. All this despite study after study showing that narcotic pain pills have questionable effects on long-term non-cancer pain, like back pain or joint arthritis from old age.

Why do physicians continue to prescribe drugs that have such a huge downside and questionable upside? Insurance reimbursements, now tied to patient satisfaction scores, are one major reason. Another is the nature of health care profession itself, which is full of people with large hearts that beat with empathy for each patient. Many of these patients are suffering terrible pain — too often the kind of chronic pain that narcotics likely won’t help, or pain related to withdrawal symptoms or their newfound psychological dependency.

The legal consequences of these addictions often compound this suffering. Most opioid or methamphetamine addicts like Tom don’t do serious prison time for possessing smaller amounts for personal consumption. In his case, the judge had previously released Tom on probation. Back on his own Tom quickly resumed his old habits and was arrested again. Arrested for the third time that year, standing in a courtroom and represented by a lawyer, he asked to be put in prison.

Tom understood that he needed to get clean or he would continue the downward spiral that was already destroying his life. He also knew that inpatient drug rehabilitation can be expensive — on the order of $1,000 per day. Tom couldn’t afford that on his pay, and he had no insurance to pay for any form of rehab, even the relatively less expensive day programs.

“I figured that there was no way I could get clean on my own,” he later told me while sitting in the hospital bed. Yet the judge could not find a reason to imprison him for small-time possession, so he sent Tom home yet again. Two weeks before I met him, Tom intentionally violated his parole on a technicality. “The judge is fixin’ to give me a year, year and half,” he said. “I’ll be clean by then for sure.”

“Can he get more drugs in prison?” I asked the prison guard, thinking of all the prison movies and television shows I’ve seen.

He shook his head. “No more than you could fit in a birthday card.”

Of course, imprisoning Tom for a year will cost taxpayers more than a month of inpatient drug rehabilitation, or a year of outpatient clinic visits.

Examining the infection in Tom’s finger, I find it has reached down to the bone, meaning he’ll need six weeks of intravenous antibiotics. The guard told me this would be impossible to get in the county jail and very difficult at best in state prison.

Which made Tom a medical conundrum for the doctors: How to treat him in a facility that won’t allow him IV medication? The prison system would never pay for him to stay six weeks in the hospital. He’d likely end up getting daily injections of antibiotics in the shoulder muscle — a solution I often employ in Haiti when my patients can’t afford a six-week hospital stay.

Any solution, for Tom and for the tens of thousands of opioid addicts like him, must be multifaceted. The medical community must cease passing out opioid prescriptions for any but the most severe cases — the approach taken by health care providers across Europe — in order to reduce exposure to the highly addictive drugs. Medicaid, the nation’s publicly funded insurance program for the poor, must expand to include coverage of drug rehabilitation. The 24 states that haven’t accepted the Obamacare Medicaid expansion must start by insuring their poor first, and then add drug prevention and treatment services.

Prescription opioid addiction is a disease. No other disease is treated with punitive measures such as jail time. We must stop putting people behind bars for drug addiction.

Unless, for the time being, they ask us to.