The last time I sat at the United Nations headquarters was for a conference on HIV/AIDS seven years ago. In January, I returned for a conference on the same topic, this time focused on how sports can reinforce the messages of HIV prevention. The temperature was in the 20s, but the sun shined brightly, reflecting against the mirrored surfaces of the iconic midtown building. The meeting launched a four-day bonanza of events that offered the opportunity to build relationships, and raise funds and awareness for our work in Haiti.

The U.N. conference room — obviously decorated in the 1970s, complete with wood paneling and lime-green carpeting and seat cushions — emanated its history as the home of international politics. We sat down to watch a screening of a documentary about the earthquake in Haiti. The graphic images of people trapped between slabs of concrete and piles of corpses evoked strong memories from my time in Haiti immediately after the earthquake; several Haitian friends of mine wept throughout, haunted by memories and loss. 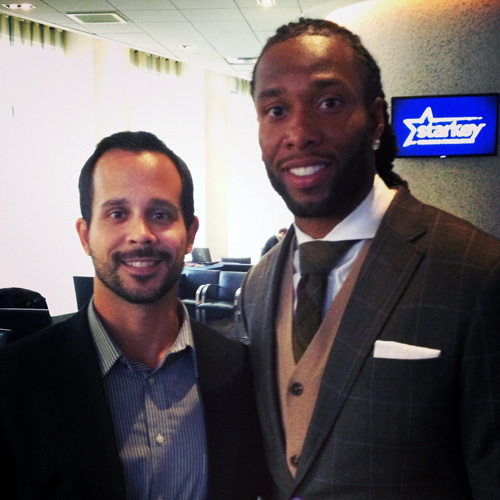 When the lights came up, the group discussed how to use sports as a vehicle for delivering HIV prevention messages, highlighted by the “Protect the Goal” campaign centered at the World Cup in Brazil. Two of Nelson Mandela’s grandsons shared the stage, furthering their ancestor’s vision for a more tolerant world, including one that cares abundantly for those living with HIV/AIDS.

A dozen NFL, NBA and Olympic athletes detailed their efforts in helping those less fortunate, from the backwoods of Louisiana to the savannas of Africa. Andre Berto, two-time world welterweight boxing champion and Haitian-American, proudly discussed his support for Project Medishare’s work in Haiti. Jay Feely, placekicker on a half dozen NFL teams, presented on his work in Haiti, building orphanages and a health center in a village outside of Port-au-Prince. Rohan Marley, the son of reggae legend Bob Marley, humbly talked about his efforts to accelerate adolescent development in Jamaica through soccer. I shared the goals of Project Medishare in Haiti, nerves worsened by seeing my face projected on a gigantic screen in the front of the conference room.

Friday night was the fundraiser for Project Medishare, hosted by the Jack Brewer Foundation at the Klein Sun Art Gallery in Chelsea. The white walls of the square room housed a dozen busts made of flexible paper that could be contorted like putty, only to pop back into form when released. The back room contained all the wine and snacks, strictly prohibited from the area where the gallery displayed the modern art. Nervous about having to speak in front of a crowd of the rich and famous, I downed the first glass of wine in a breath. Usually when I address a crowd of people, we’re in the gritty environment of global health, sweating in the tropical heat and inhaling the dried dust from the road. 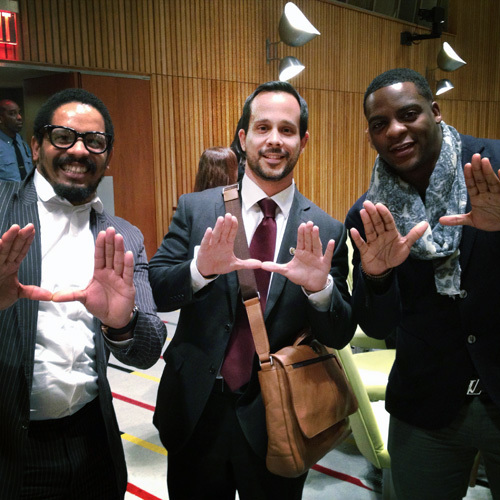 Jack Brewer, a retired NFL player and kindred spirit, emceed the event, boosting the crowd with his characteristic passion, half-salesman and half-pastor in the church of humanity. After the others spoke, I offered the crowd a vision of Project Medishare’s work in Haiti, from the primary care projects in the Central Plateau to the intensive care of the hospital in Port-au-Prince. Then the auction exhibited five brilliant examples of Haitian art — filled with texture and beads, voodoo and sexuality. The paintings and tapestries sold one by one, purchased by supporters and friends.

On Saturday afternoon, I traveled to Yankees Stadium in the Bronx for an event with the Starkey Hearing Foundation. Project Medishare and Starkey had just launched a partnership in Port-au-Prince, and I wanted to see firsthand how they operated. Surrounded by well-wishers and celebrities, Bill and Tani Austin distributed hearing aids to the poorest, hearing-impaired children of the Bronx. Bill, originally trained as an audiology technician and now the owner of the billion-dollar company, tested each apparatus individually and personally fitted each child. His dedication and passion were infectious, bringing smiles to Garth Brooks, Barbara Bush, Larry Fitzgerald and the dozen other high-profile supporters in attendance. Hoping to learn something from the master, I watched him with each patient, believing we can replicate the scene at our hospital in Haiti. With Starkey’s experience in developing countries and Project Medishare’s infrastructure, we believe that we can reach every child with a hearing impairment in Haiti. 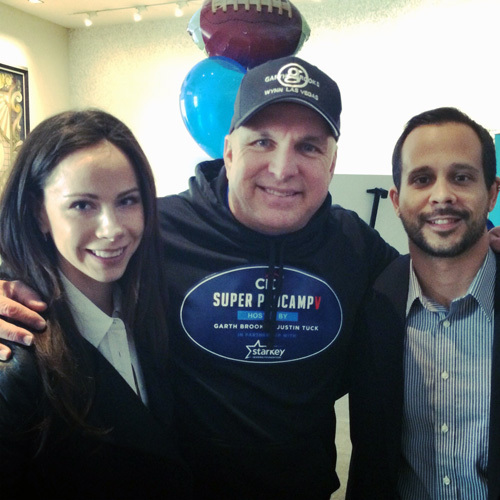 Sunday, February 2, was the Super Bowl. The viewing party took place in a private cigar club in Midtown. The room smelled of tobacco and damp earth, as if we were walking into a rain forest of tobacco plants. The thick carpet yielded softly under each step, inviting you into the plush environment, rife with lacquered mahogany and hanging crystal lights. The Seahawks handily defeated the Broncos, and the game took a back seat to the amenities of the club — lamb chops, prime rib, single malt scotch and hand-rolled Dominican cigars. The weekend of fundraising, hobnobbing and celebrating roared to a spectacular finish. The final celebration offered release from the fever pitch of the previous days, filling me with gratitude for the new friends, hoping that they can help Project Medishare expand on the mission of working with the people of Haiti to provide sustainable healthcare.