“Do you know the visa process in the U.K.?” Yousef asks me nervously in the physician work room at our hospital in Florida. “I’ve spent the last two weeks looking up the different countries where I might be able to work — Canada, Australia, New Zealand, and South Africa.”

Yousef goes on to list the various visa and medical licensing procedures in each country and has clearly done his research. As he speaks, I hear none of the joy one might have in exploring exotic vacation sites, or of the sense of limitless possibility that some feel when they’ve quit a job to search for something more inspiring. A Syrian immigrant to the United States six years ago, Yousef is instead driven by fear and anxiety that a knock on the door could mean the end of his American dream. 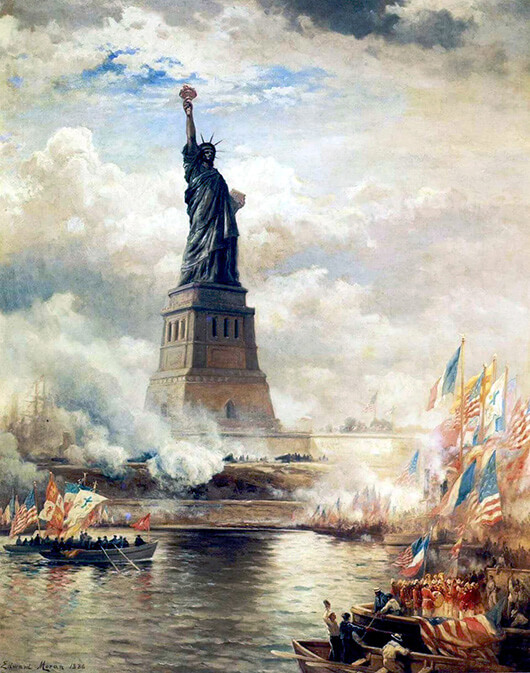 Yousef left Syria to pursue his medical career in the U.S. His sister, a professional as well, later joined him in Florida. The protests against the Assad regime had started, but the bloody crackdown had yet to start. “I was never political but I had many friends who were joining the street protests when I was preparing to leave to go to the U.S.,” he says. “I never imagined that the situation would deteriorate like it did.” Living far from home while undergoing the rigors of an internal medicine residency, Yousef finally finished his training in June 2015. Nearly all foreign physicians are required to work for three years in an underserved area of the U.S., often in towns in the heart of rural America, and he came to northern Florida to start his career.

Now, with a new administration in the White House, it is unclear whether Yousef can leave the U.S. to visit his family — despite his work visa, which was granted because he provides essential skills to a country that needs them. He’s worried that the travel ban is just the first step in what will be a progressive battle against people from predominantly Muslim countries.

Another Syrian colleague of ours has a brother who spent time in a Syrian jail for speaking out against the dictatorship. Once free, the brother slipped into Turkey and ended up in Germany. Tariq intended to visit his brother, whom he hadn’t seen in years, in Germany this spring, but those plans are now on hold indefinitely, despite the fact that Tariq, as a permanent resident, has a green card.

Yousef is understandably obsessed with the topic. He talks about it whenever he gets a chance. On the day the travel ban is stayed by a federal appeals court, Yousef is cautiously optimistic. He grills me again about the vagaries of the American legislative and legal processes, some of which I can explain and much of which we have to look up together online. He has read up on every case of a person unlawfully detained in the first few days of the travel ban, searching for a way to sleep at night amidst the tumult. “We are the people running from ISIS or the Assad dictatorship,” he says. “They are the ones who have killed our friends and families. Syria already has one of the hardest visa processes in the world. They limit how many are given out and ours are only single-entry, meaning that once you come in, you can’t leave again until you have a green card.”

An estimated 15,000 doctors in America hail from the seven countries vilified by the ban, 3,500 are from Syria alone. Many of my colleagues in Florida are Pakistanis, Palestinians, Jordanians and Egyptians, whose countries, some think, could be included in the next round of bans. Many reasonable people believe that it’s logical to admit doctors and other professionals into the United States using existing vetting procedures. But if we are comfortable with that — and we should be — then the logic of a blanket ban falls apart, raising more questions about which groups then should be allowed in after practical vetting. Ultimately, the vetting procedures we already have in place, adopted to weed out the infinitesimally small fraction of extremists who might want to do harm at some point in the future, have worked. Since 1975, not a single American has been killed by a refugee from one of the countries named in the ban.

A fourth-generation American, I am embarrassed by the treatment of my colleagues and their families. The U.S. is not simply a country of immigrants, but indeed a country of refugees: the Irish fleeing famine, European Jews leaving ahead of pogroms, Armenians running from atrocities at the hands of the Turks, Iranians escaping the theocracy — and on and on. A century ago, seeking a better life than that provided by rural southern Italy, my family was similarly mocked and feared by Americans of the day. They had darker skin, they brought with them different traditions. And, perhaps the worst sin of all, they were practicing Catholics. They were derided as “wops,” which meant “thugs” in southern Italian dialect. For some Americans, that term later came to mean “without papers,” and was said with an equally derogatory animus. Today, members of my own family — and many others purporting to be Catholic — use the same arguments against the immigrants and refugees of our generation. Yet Jesus’ story about the Good Samaritan is in fact the story of two immigrants, one the traveler who had been robbed and the other the Samaritan, a disparaged group of Jesus’ time. Jesus exhorted us to “go and do likewise” in caring for our fellow travelers.

Yousef came to work with a spring in his step this week. “It really made me feel good to see all the people protesting the ban, like the American people did want me here. Did you see the lawyers working for free at the airports?” He beamed with pride — not as a Syrian immigrant, but as somebody soon to be a permanent resident of the United States and perhaps an American citizen, proud of his adopted homeland. “People around the world, or at least us in Syria, look up to the United States as a country of laws, in contrast to Syria, where the corruption of judges and the media allows the dictator to do whatever they please.

“Maybe America is the place that I thought it was.”

Our colleague Tariq agrees. “We are lucky to be surrounded by such caring colleagues and friends. You represent the U.S. that we dreamed of and worked hard to be in. To many people outside, U.S. is the dreamland that provides equity and freedom. I hope it stays like that forever to give hope to helpless people around the world.”