Two months out of college, and six weeks into the corporate world — I’m now officially “adulting.” I’m by definition a grown-up, living, working, playing on my own in Chicago.

I graduated in May with a full-time job secured as a public relations and social media coordinator at the advertising agency Cramer-Krasselt. My parents are thrilled I won’t be living with them forever. But I’d be lying if I said it’s been an easy transition from the three-day week of senior year to the real world’s everyday-9-to-5 (and sometimes longer) one. 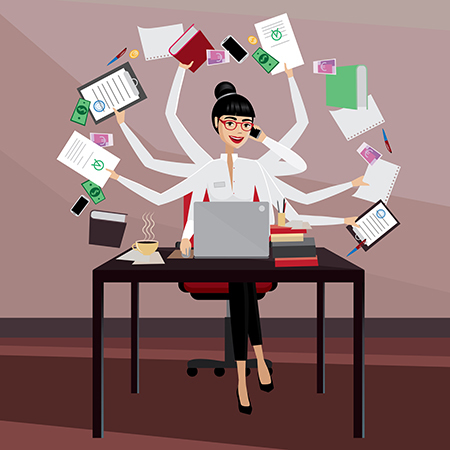 It’s not as glamorous as I had in mind, to say the least.

I’m currently living in a one-bedroom River North apartment that my roommate, Cecelia, and I can barely afford — or fit in.

For the first time — with neither my dad’s nor Notre Dame Housing’s help — I’ve had to set up my own Wi-Fi. Multiple trips to Office Depot later, I did finally find a router that works.

Bills from the electric, cable and health insurance companies have started accumulating in my mailbox. And I suppose I can no longer put off thinking about my employer’s 401(k) packet, or that personal finance lecture Professor Carl Ackerman gave during my sophomore year.

My days at the office require a much greater attention span than my daily two hours did in DeBartolo Hall just a few months ago. Now I’m compiling social media content calendars, writing analytics and performance reports, devising communications architectures for new business pitches, managing social media accounts, presenting on conference calls and running from meeting to meeting. I’m also quickly realizing that the “40-hour work week” might turn out to be longer than that.

I’m cooking the few, unappetizing items stocked in my pantry because South Dining Hall is no longer an option. And I question every morning’s cup of Starbucks because I can’t pay for it with Flex Points or Domer Dollars.

Going out on the weekend demands more effort and planning. There are more than five bars to choose from, and Albert’s $3 cab rides and Finni’s $4, 32-ounce beers don’t exist outside South Bend.

My closest friends are in New York City, Washington D.C. and Dallas, so I’ve resorted to bi-weekly FaceTime calls and constant Group Messages that somewhat fill the void of not seeing them every day.

My shoebox apartment doesn’t seem so small when I look out the window and see the Chicago skyline. I can stream Netflix at the end of the day, thanks to the router I installed. I’ve got extra spending money from my paycheck — even after paying my bills and investing in my 401(k).

The hours at the office are teaching me the advertising industry, as my co-workers now rely on my professional recommendations, and I see how the work I’m doing for clients is worthwhile.

My roommate and I are finding inexpensive, easy recipes we can make together. And, those longer cab rides on Friday nights have helped me learn the layout of the city. (I now know the difference between Lincoln Park and Wicker Park.)

Then I run into that familiar Notre Dame face when I’m walking along the street, riding up my building’s elevator, running on the treadmill or ordering a drink, and suddenly I don’t feel totally alone in a big city.

So while adulting has been at times overwhelming, challenging and straight-up terrifying, I’ve realized it’s also the adventure of experiencing every kind of new: intellectual, professional, financial, social and personal. My day is less certain than it was at Notre Dame, and there’s no textbook I can study for the test that is the real world. But it’s a chance to take some risks. It’s about learning as I go.